The 11 cabinet-rank and four ministers of state sworn in by Governor Kalraj Mishra included five considered to be in the Pilot camp. Among them were Vishvendra Singh and Ramesh Meena, back now as cabinet-rank ministers after being sacked during the revolt.

The list included three MoS, all Dalits, from the old team who were elevated to the cabinet rank. The Congress also made room for an MLA who had switched over from the Bahujan Samaj Party.

All 20 members of the earlier ministry had submitted their resignations just ahead of the long-awaited reshuffle. But only three, including state Congress chief Govind Singh Dotasra, have been dropped with the party deciding to follow the one man, one post formula.

The expansion, two years ahead of the next assembly polls, also gives Dalits and women a stronger presence in the Ashok Gehlot government.

Apart from the elevation of SC ministers Mamta Bhupesh, Bhajan Lal Jatav and Tikaram Jully to the cabinet rank, another member from the community, Govindram Meghwal, was inducted at that level.

There are three women ministers now, instead of just one earlier. Mamta Bhupesh and Shakuntala Rawat hold the cabinet rank, while Zahida is a newly sworn-in MoS.

The ministry now has 30 members, the maximum possible for Rajasthan. The council of ministers has 19 cabinet ministers and 10 MoS, apart from the chief minister.

Pilot, who was removed from the posts of deputy CM and state Congress president when he and 18 other MLAs rebelled against Gehlot, expressed satisfaction with the reshuffle.

"There is only one faction -- the faction of Sonia Gandhi and Rahul Gandhi and we all are the members. It will be our endeavour to move forward collectively and win the next assembly elections," he said.

There is no word yet on the post which Pilot may get in the party. But more people in his camp are likely to be accommodated on other political posts in the state.

Gehlot and Pilot had patched up after the AICC set up a three-member committee to address the concerns of the rebel faction.

Mahesh Joshi, the party's chief whip in the Assembly, was sworn in as a cabinet minister. So were Hemaram Choudhary, Mahendrajeet Singh Malviya, Ramlal Jat and Shakuntla Rawat.

Of the six MLAs who defected from the BSP to the Congress, Rajendra Gudha found a berth in the ministry as an MoS.

The 'most senior' among the 15 ministers who took oath on Sunday is Hemaram Choudhary, a six-time MLA.

Ramlal Jat is a four-time MLA. Malviya, Ola, Vishvendra Singh, Ramesh Meena, and Murari Lal Meena are three-time MLAs, while the rest of the new ministers are two-time MLAs.

Gehlot said some MLAs, who could not be included in the ministry, will be accommodated in posts like parliamentary secretary, adviser to the chief minister and chairmen of various boards and corporations.

The independents who supported the Gehlot government during the 2020 political crisis too had expectations from the cabinet reshuffle. But no independent MLA has been inducted in the Gehlot team.

Pilot said representation of Dalits, tribals and women has increased in the cabinet, which is a welcome move. He said the regional and social balance in it will benefit the party. 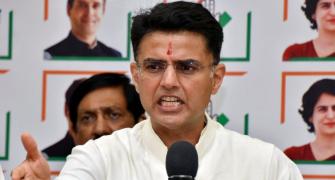 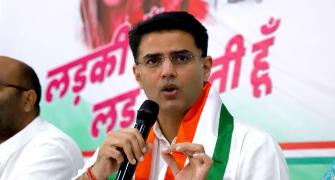 Raj cabinet to have 12 new faces, 5 from Pilot camp 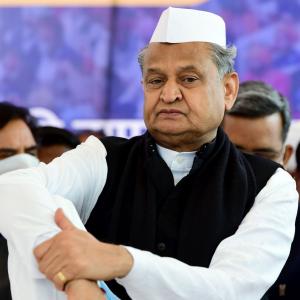 All Rajasthan ministers resign ahead of cabinet rejig