In a day of fast-moving developments, Assam Chief Minister Himanta Biswa Sarma on Monday said two ministers from his government will visit Aizawl on Thursday to hold talks to try resolve the state's long-running border dispute with Mizoram, which erupted in a tragic fire-fight between police forces of the two states a week back. 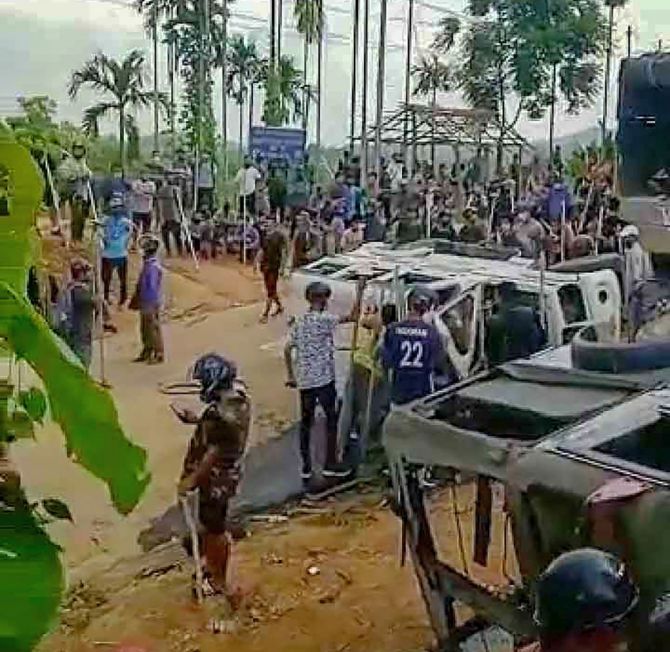 IMAGE: Damaged security force vehicles at the site of clashes at Lailapur on the Assam-Mizoram border in Cachar district. Photograph: PTI Photo

Mizoram Chief Minister Zoramthanga too took steps to cool tempers on the border by ordering his officers to withdraw a police complaint against Assam officers for inciting the violence which had left seven dead.

Union ministers Kiren Rijiju and Sarbananda Sonowal, along with BJP MPs from Assam, Manipur, Tripura and Arunachal Pradesh, met Modi in Parliament House. The MPs also gave a four-page memorandum to him.

Talking to the media after the meeting, Rijiju alleged "foreign forces are fuelling fire" in the region by promoting manipulated content.

Babu also met Union Home Minister Amit Shah on the issue. "The home minister is trying to defuse tension and is trying to find a solution. Both chief ministers have committed that peace will be restored," he said.

Assam's chief minister took to social media platform twitter to send across his 'peace message'. "I am sending my cabinet colleagues, Atul Bora and Ashok Singhal, for a meaningful dialogue. Assam stands committed to ensuring peace on its borders, paving the way for a peaceful North-East," Sarma said on twitter.

He separately told newspersons that cases against other Mizoram government officials, in connection with the violence that had erupted along the interstate border, will continue to be investigated.

Despite an attempt by Shah to resolve a raft of long-standing border disuptes between Assam and its neighbours earlier this month, at least six Assam Police personnel and one civilian were killed and more than 50 people injured in a fire-fight between the police of the two states, which broke out at a forested patch of the border near Dholai village in Cachar.

A subsequent agreement was hammered out last week, by the Union home ministry to maintain calm on the border and allow a neutral central police force to act as peace-keepers. Nevertheless, the two states have continued to trade charges of reinforcing police pickets and of Assam blockading roads.

However, ground reports indicate that Assamese local organisations which had soon after the clash announced an economic blockade of Mizoram have since dispersed.

However, truckers afraid of possible violence have opted to either park their vehicles near the border in Cachar district's Dholai or to circumvent the troubled boundary by taking a longer route through Tripura. 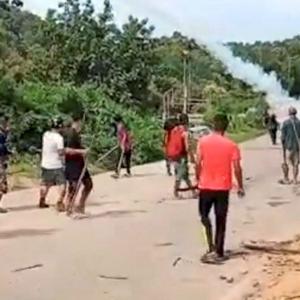 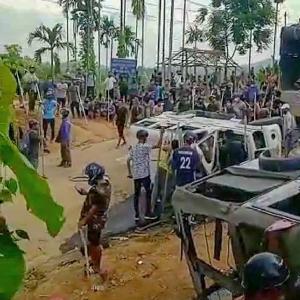