A maiden contingent of 34 Central Reserve Police Force women personnel was on Saturday inducted into its specialised jungle warfare commando force CoBRA, which will soon be deployed in the anti-Naxal operations grid of the country. 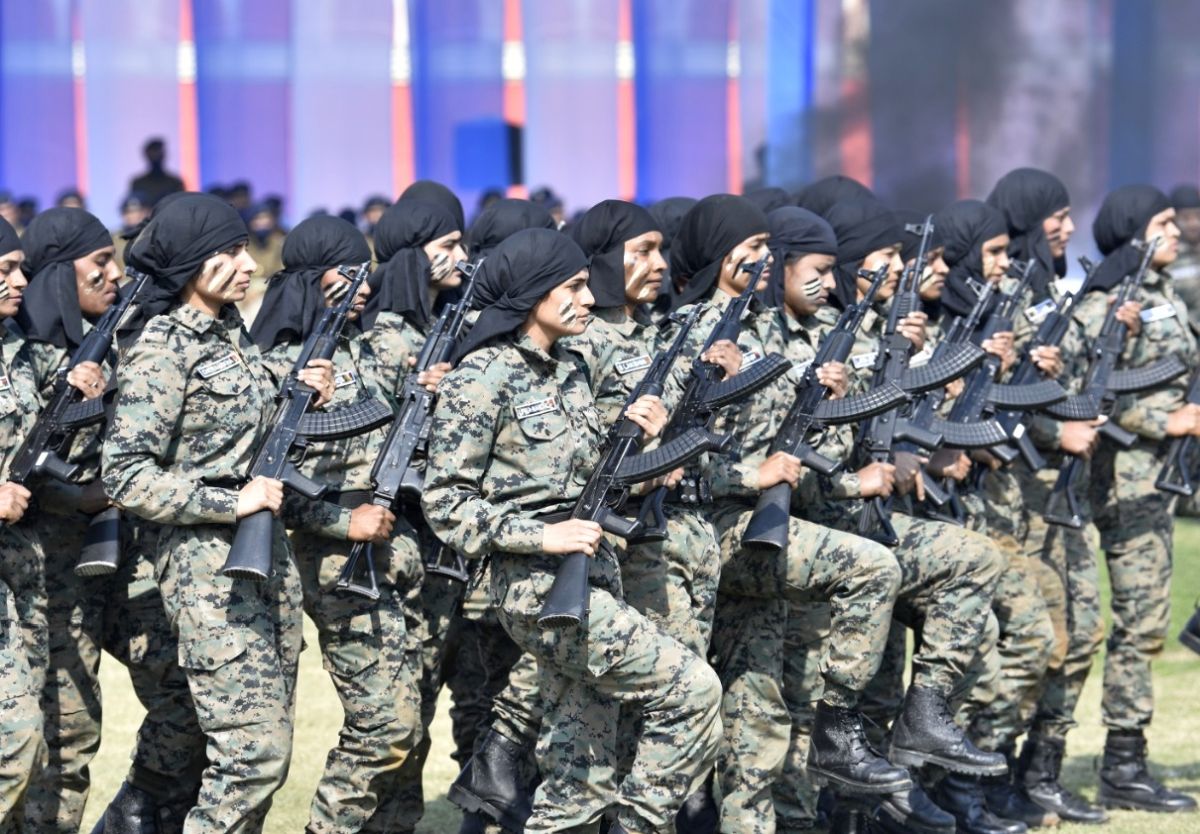 The Commando Battalion for Resolute Action (CoBRA) was raised under the CRPF in 2009 for undertaking intelligence-based jungle warfare operations.

It has been an all-male affair for this unit till now.

The majority of CoBRA teams, whose commandos are expected to have tough mental and physical attributes, are deployed in various Maoist violence affected states while a few are based in the northeastern states for undertaking counter-insurgency operations.

A ceremonial event was held at the forces' camp in Kadarpur village here with CRPF Director General A P Maheshwari witnessing combat drills performed by the chosen women as he underlined that it was important to defeat gender-based beliefs and stereotypes.

The personnel, earmarked for CoBRA, have been chosen from the existing six all-women battalions of the force, a CRPF spokesperson said.

"These women will undergo a pre-induction training for three months and subsequently will be embedded with CoBRA units deployed in Naxal violence affected districts of Chhattisgarh like Sukma, Dantewada and Bijapur," the spokesperson said.

An all-women brass band of the country's largest paramilitary was also commissioned during the ceremony that was held to mark the 35th Raising Day anniversary of its first women battalion.

The first battalion, numbered 88, was raised this day in 1986 at a CRPF base in Delhi and the force now has six such units with just over 1,000 personnel in each.

They are deployed for rendering various kinds of law and order duties across the country.

The CRPF also has an all-women pipe band that was raised in 2012. Maheshwari lauded the women, saying they are an inspiration for numerous young girls who aspire to do good for themselves and the country. He said these combatants have proved that power is not in the muscles but in the head.

"I consider it the failure of leadership if someone says that one cannot do a work that is being done by the other. It is our responsibility to ensure that every effort is made to bring all the personnel to the same level of efficiency.

"Women warriors can use their strengths in the operational areas where the force is working," Maheshwari said addressing the troops.

He urged the women personnel to "make their place" in the families of those youth who have gone astray or away from the national mainstream and help in bringing them back. He said the new age warfare is asymmetric, proxy, radicalisation-based, cyber-centric and has "shifted" from the geographical to the human terrain.

"ISIS (the banned global terror group) didn't require to physically cross the border but capture the mind of a Bengaluru techie (to carry out nefarious designs)...every citizen is a soldier and every soldier is a citizen," the CRPF chief said.

He said women personnel can also play an important role in countering the activities of "sleeper cells" and other such elements.

The CRPF, with a strength of about 3.25 lakh personnel, is designated as the lead internal security combat unit with its maximum deployment in three major theatres of Jammu and Kashmir, Left Wing Extremism affected states and insurgency-hit areas on India's northeast.

Photographs: @crpfindia/witter; ANI
© Copyright 2021 PTI. All rights reserved. Republication or redistribution of PTI content, including by framing or similar means, is expressly prohibited without the prior written consent.