The first phase of the Malabar exercise among the navies of India, the United States, Japan and Australia will kick start off Visakhapatnam in the Bay of Bengal on Tuesday, in a reflection of growing congruence in strategic interests of the four nations. 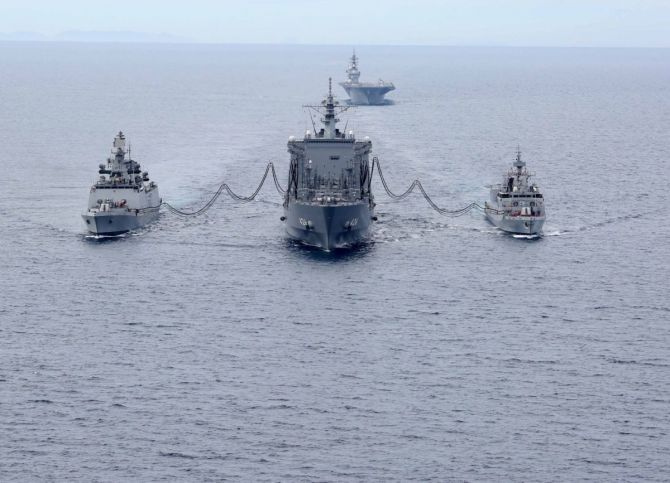 The exercise is taking place at a time India and China are locked in a nearly six-month-long bitter border standoff in eastern Ladakh that has significantly strained their ties.

Japan, Australia and the US are also having friction with China in the last few months over a variety of issues.

Last month, India announced that Australia will be part of the Malabar exercise which effectively made it a drill by all four member nations of the Quad or Quadrilateral coalition which is primarily focusing on containing China's military expansionism in the Indo-Pacific region.

The first segment of the exercise will be from November 3 to 6 while the second phase of the drill is scheduled to be held from November 17 to 20 in the Arabian sea.

"The exercise, being conducted as a non-contact, at sea only' exercise in view of COVID-19 pandemic, will showcase the high-levels of synergy and coordination between the friendly navies, which is based on their shared values and commitment to an open, inclusive Indo-Pacific and a rules-based international order," the Indian Navy said in a statement on Monday.

The evolving situation in the Indo-Pacific region in the wake of China's increasing military muscle-flexing has become a major talking point among the leading global powers.

Japan became a permanent member of the exercise in 2015. 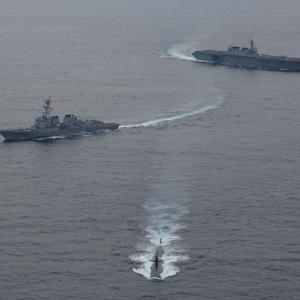