Around 1,200 protesters demanding scrapping of the amended citizenship act were detained on Thursday when they defied prohibitory orders imposed by the Delhi Police in Red Fort area. 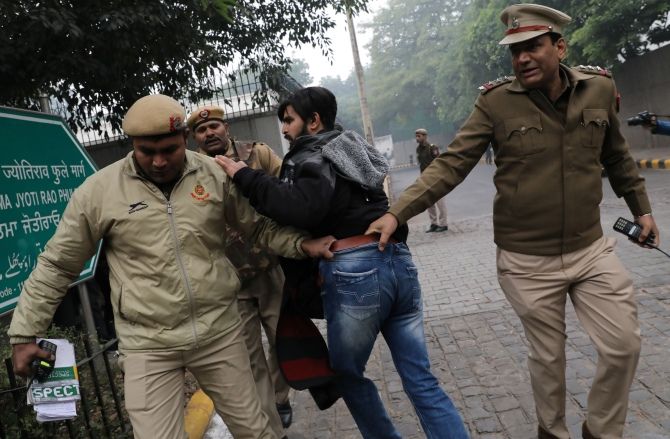 According to an official, protesters were detained at Surajmal Stadium in Nangloi and Rajiv Gandhi Stadium in Bawana.

Top officials of the Delhi Police, ranging from DCPs, joint commissioners and special commissioners, monitored the situation on ground, he said.

Various specialised units of the police, including crime branch, were also roped in to keep a tight vigil, he added.

Opposition leaders, including D Raja, Sitaram Yechury, Nilotpal Basu, Brinda Karat, Ajay Maken, and Sandeep Dikshit, and activists Yogendra Yadav and Umar Khalid, were among those detained near the Red Fort and Mandi House -- the sites of the two planned demonstrations.

In a locality around the Red Fort, scores of protesters were dragged into buses by police to clear the area where Section 144 of the CrPC was imposed which restricts gathering of more than four people.

Internet, voice and messaging services by Airtel, Vodafone, Idea and Reliance Jio were suspended in parts of Delhi-NCR, in perhaps for the first time that the national capital experienced such restrictions. 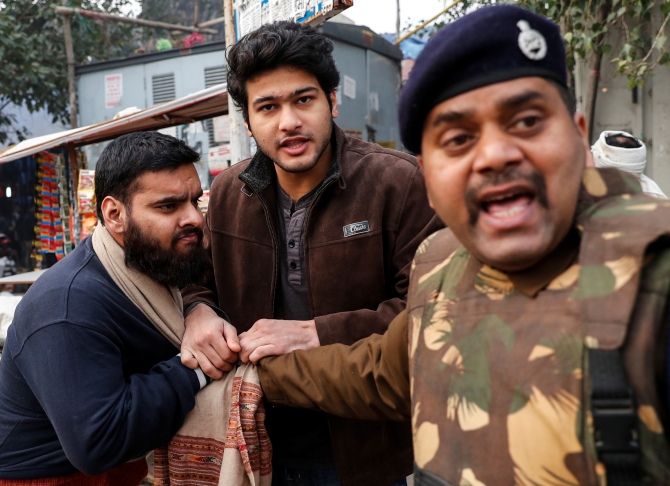 Small demonstrations took place in several areas, including Rajghat, Shantivan, Daryaganj and Jamia Nagar and Kashmiri Gate. Delhi also reeled under massive traffic jams in parts of the national capital due to protests.

Police said no untoward incident was reported during the anti-Citizenship Amendment Act protests in the national capital on Thursday.

He said social media and WhatsApp groups were being closely monitored to check rumour-mongering.

Entry and exit gates of at least 20 Delhi Metro stations were shut while barricades were erected in large part of South, East and North Delhi to check movement of protesters, triggering massive traffic snarls in large parts of the city.