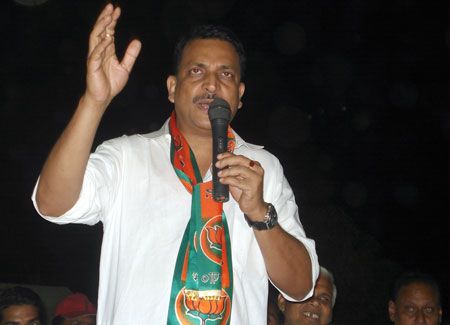 "They have lost track and are talking only about BJP," said Rudy, BJP's Maharashtra affairs in-charge.

"If the Sena is contesting to win the elections, then they should be contesting against the Congress and the NCP. But if they are talking about the BJP, it possibly shows that they have lost the battle," Rudy added.

"They are cribbing partners. We are absolutely not talking about them as a matter of policy. The prime minister has clearly spelt it out," he said.

"It is amusing that Sena is not fighting the actual enemies of the state. And they say we have betrayed them. How does it matter? You were claiming to be a larger partner and more powerful. Why should you complain?" he said.

"Sena must have assessed that they are losing ground to BJP very heavily. That would explain this desperation," Rudy said, when asked about Sena mouthpiece Saamana criticising Modi on his ‘won't utter a word against Sena’ remark.

Asked what led to the snapping of the 25-year-old alliance with Sena, Rudy said, "The central leadership of BJP was very persistent on an alliance. Somehow, the negotiations (on seat sharing) were not moving."

"There was a lack of communication. And the Sena was still in the old mode for some reason and was not ready to scale down from 151 seats. And for us, it was practically impossible to come down below 130," he said.

"There was no question of leaving our new alliance partners, the Raju Shetti-led Swabhimani Shetkari Sanghatana, Mahadeo Jankar-led Rashtriya Samaj Party, RPI and Vinayak Mete-led Shivsangram. So, we had to find a solution," he said.

"Maybe, if poll dates were later, we could have found a solution. But that did not happen. The call was taken by the state BJP leadership," Rudy said.

"It was a case of 'who blinks first'. And in doing so, we came to a point where nothing was moving and there was no time to move further," he added.

"There was no animosity in that but we had to take a call because time was only 48 hours to go before deadline for filing nominations ended," the BJP leader said.

"It was unspoken but possibly, the numbers were related to the chief ministerial post, which was not being discussed across the table. That could have been one of the factors," Rudy said.

"People in Maharashtra have always seen a coalition government in the last several years. Now they have an opportunity to elect a single party government and BJP is the better choice," he said.

Asked about speculation that there could be a post-poll alliance with Sena, Rudy replied, "I doubt that situation will arise. People will give a full mandate to the BJP and our target is to unseat the Congress and the NCP. So there is no question of us coming together. We are not even thinking remotely about that."

When asked about NCP chief Sharad Pawar's remarks that Modi was addressing so many poll rallies, something which prime ministers don't do, Rudy responded, "If the benchmark in this country for Congress was Manmohan Singh, what better explanation they can offer to us?" 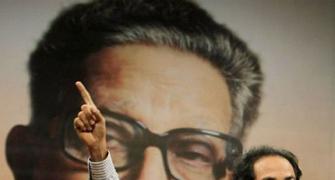 Where was your respect during seat-sharing talks, Sena asks Modi