An amputee Captain fighting her way through adversity; a soldier using his helmet to draw out enemy fire; special tactics training squadron members entering the pool with their hands and feet bound -- these are some of the most evocative photographs that have been honoured by the United States military.

The winners of the annual US Military Photographer of the Year competition showcase the compelling body of work military photographers compiled in 2014.

Jeffrey Allen: Picture of the Year 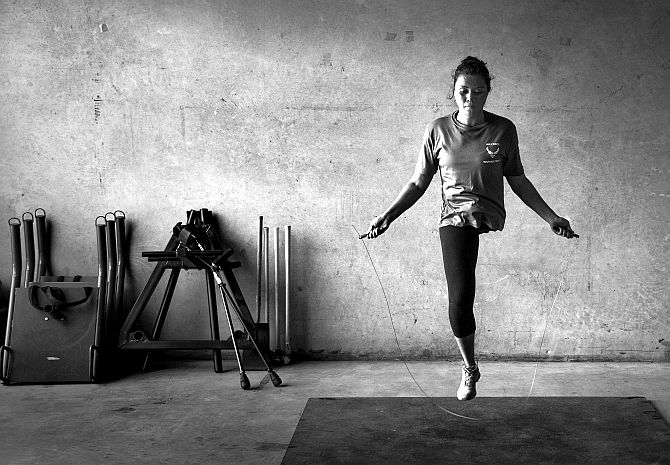 Image: US Air Force wounded warrior, Capt Sarah Evans, jumps rope in a gym in San Antonio, Texas. Evans was diagnosed with cancer while deployed to Afghanistan and was medically evacuated back to the United States where her leg was amputated. 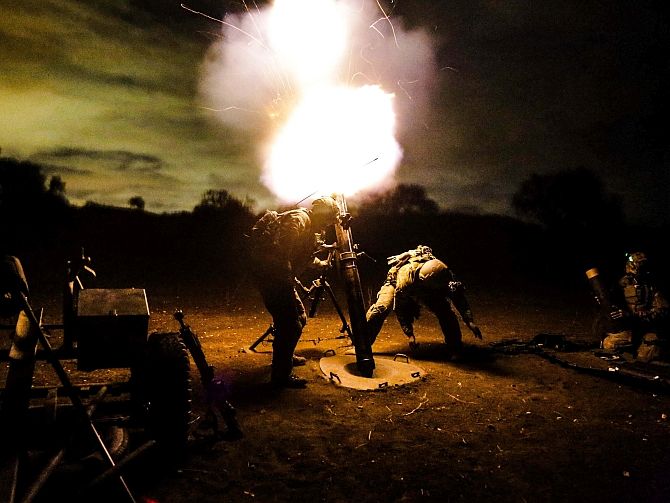 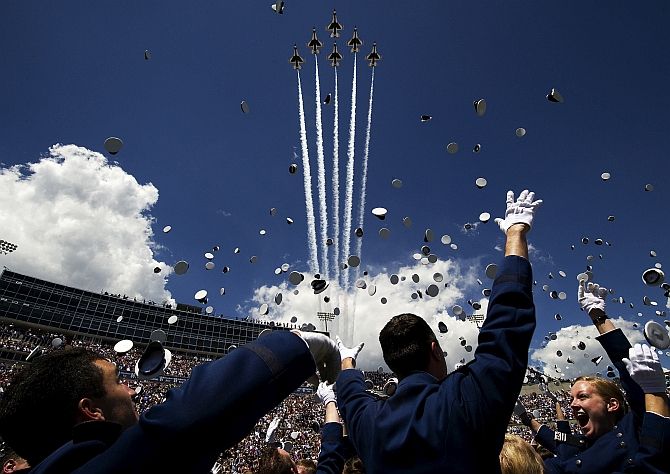 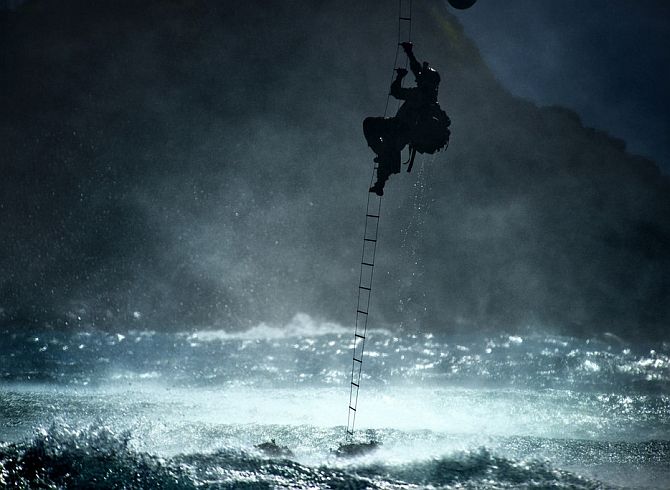 Image: A 22nd Special Tactics Squadron Airman climbs a ladder into a CH-47 Chinook helicopter hovering over the ocean June 20, 2014. 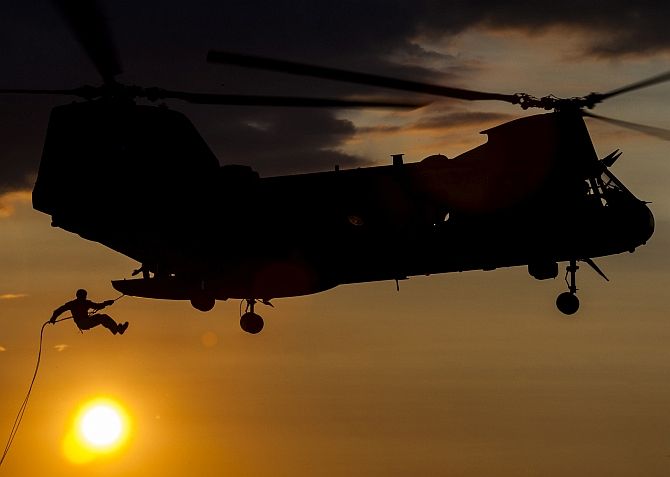 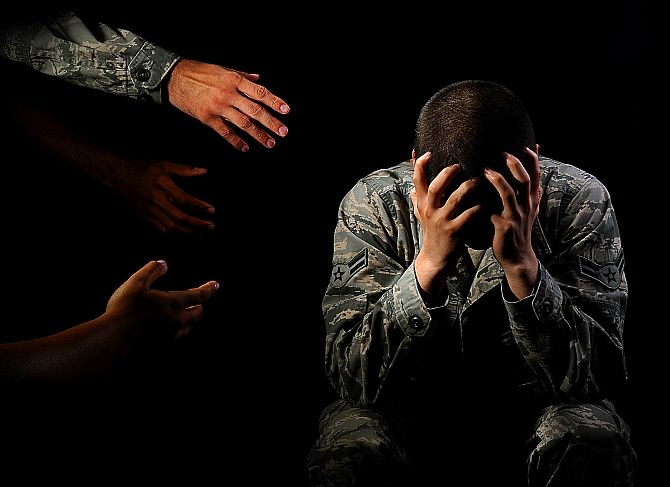 Image: Family and friends can be important influences in helping someone get treatment for mental health issues. Reaching out and letting them know you are there to help them is the first step. 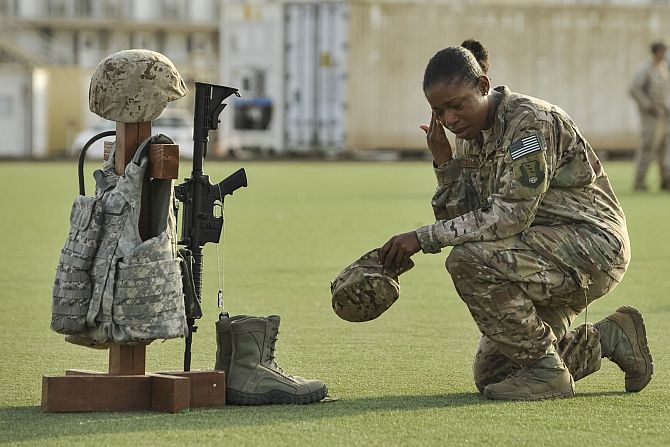 Image: US Air Force Master Sgt Tiffany Robinson, assigned to 449th Air Expeditionary Group, kneels in front of a battlefield cross following a Memorial Day ceremony at Camp Lemonnier, Djibouti, May 26, 2014. The cross was created with combat gear representing each of the five US military branches, in commemoration of fallen service members. 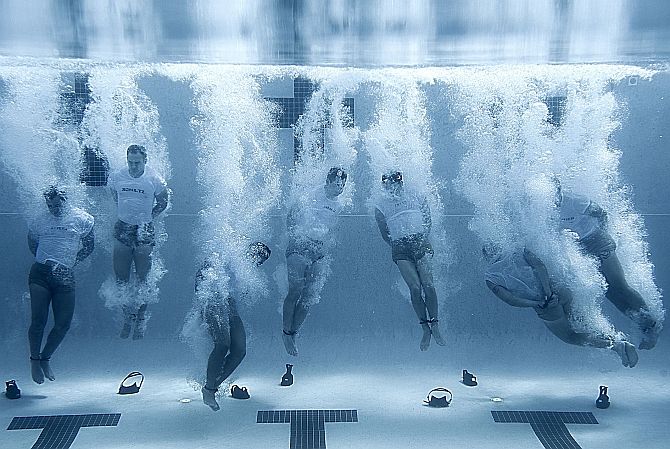 Image: Members of the Special Tactics Training Squadron enter the pool with their hands and feet bound. The drown proofing exercise teaches students to remain calm in the water during stressful situations, skills that are vital during real-world operations. 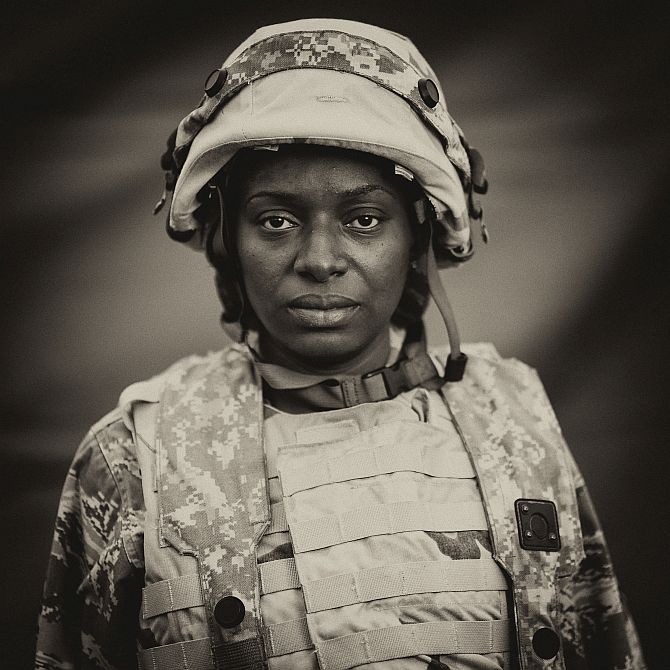 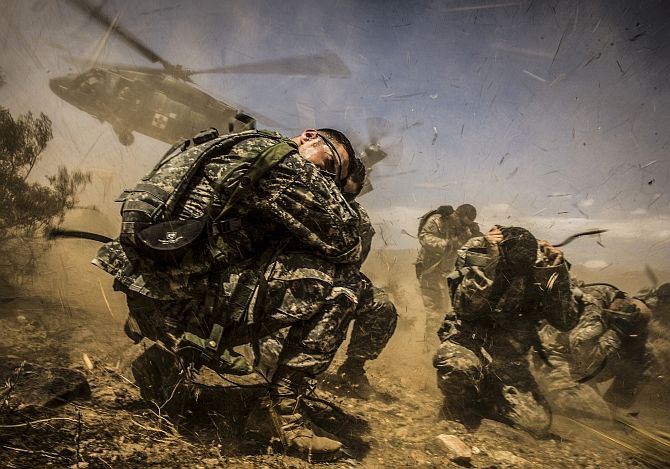 Image: US Army soldiers assigned to the 3rd Squadron 17th Regiment are picked up by a blackhawk helicopter after participating in a survival, evasion, resistance and escape exercise during Decisive Action Rotation 14-09 at the National Training Center, August 13, 2014. Decisive action rotations are reflective of the complexities of potential adversaries our nation could face and include: guerilla, insurgent, criminal and near-peer conventional forces woven into one dynamic environment. 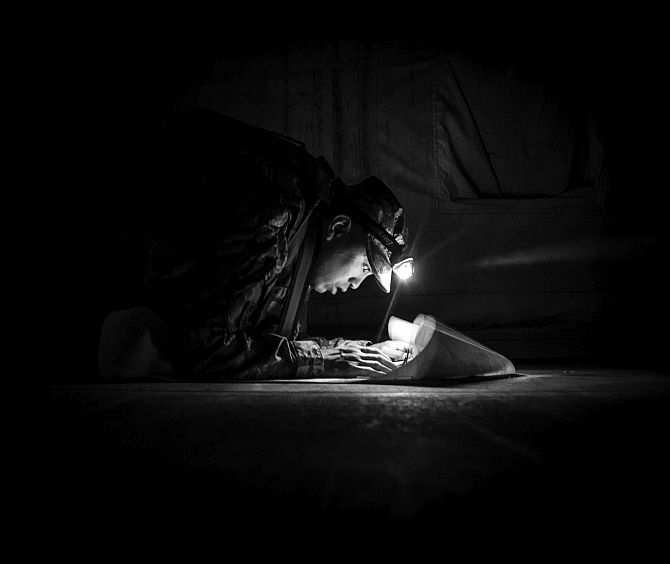 Image: Casualties airlifted by an Afghan Air Force C-130 Hercules from a Taliban attack on Camp Bastion, are off loaded, December 1, 2014, at Kabul International Airport. The Afghan military successfully repelled the attack on the camp, after receiving control of the base from coalition forces over a month ago.

Image: Staff Sgt Chantel Thibeaux was diagnosed with breast cancer in February 2014 during her very first class as an Air Force technical school instructor. With the support of her husband Wendell, mother Carla daughter Somaya and Air Force family, she's been able to fight through a disease that has claims the lives of thousands each year. Thibeaux, usually seen with a smile on her face, kept her genuine spirit and candid remarks throughout chemotherapy appointments while juggling mommy and wife duties. As a US Air Force technical school instructor, Thibeaux has been charged to train the next generation of dental assistants. She is considered by many that know her story as a sole survivor. 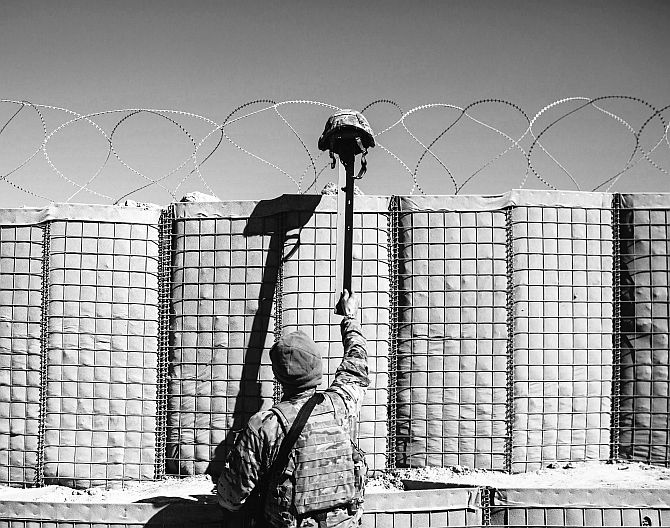 Image: A soldier assigned to 3rd Squadron, 2nd Calvary Regiment jokingly holds his helmet above the hesco barrier at Combat Outpost Mushan in an attempt to draw out gunfire during Operation Chamtoo II in Panjwai district, Kandahar Province, Afghanistan, February 15, 2014. Operation Chamtoo II was an operation planned and conducted entirely by Afghan National Security Forces to passify Panjwai district ahead of the April presidential elections. Image: Media pressures to be model thin are overwhelming for many American women. From ages as young as 5, advertisements and television shows present an almost impossible to attain image of feminine perfection. The struggle to meet the beauty standards set by media can become an obsession for women and girls.