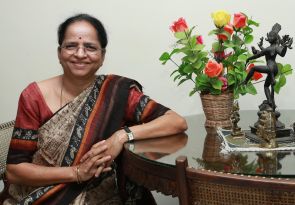 Dr Lakshmi Vijayakumar, consultant psychiatrist and founder of Sneha, an NGO that works in suicide prevention, analyses the situation, in a conversation with Shobha Warrier.

According to the NCRB report, Tamil Nadu tops the list of states that registered the maximum number of suicides...

The NCRB has been coming out with such crime reports for the last 20-30 years. For 20 years, Kerala used to be the state that registered the maximum number of suicides followed by Karnataka, Tamil Nadu and Andhra Pradesh. If you take states and Union Territories together, Pondicherry is the Union Territory that has the largest number of suicides in the entire country.

The general pattern is that the southern states register more suicides than the northern states.

Is it because suicides are reported more in southern states?

Initially we also thought it was because of the better reporting system. But recently Vikram Patel and I published a paper called Data from the Million deaths in Lancet, which is a stratified sampling of a million homes in the country for various causes of death and not necessarily suicide. When we analysed the suicide part of it, we found that southern states had more suicides than northern states.

What could be the reason? Why do so many southern states have more suicides than northern states?

So, people of south India have a tendency to internalise their feelings. When there is so much of anger and frustration inside, instead of directing it outside, you direct it inside.

These are the theoretical explanations of why suicides are high in southern states.

While Tamil Nadu and Kerala, the two states that are supposed to be more advanced in all sectors, top the list, Bihar has the lowest number of suicides.

That is the pattern we see all over. If you take the states of the United States also, the states with higher GDP register more suicides than the states with lower GDP. The reason is, the more you develop, the more the expectations and more the disappointments.

In the US, the educated white male has a higher risk of committing suicide than an unemployed black. When you blame yourself for your failures, the suicide rates go up.

The NCRB report says that in Tamil Nadu the number of suicides has gone up by six per cent last year. Kerala used to top the list till recently. How has the number come down there and gone up in Tamil Nadu?

Kerala used to have 28-29 suicides per 100,000 and used to top the list, but in the last four to five years, the rate has been coming down gradually. This is due to more awareness about taking treatment for depression. The government also has come out with a mental health plan. Also, rapid changes are not happening in the state these days.

It is not only social, it can be economical too. If you look at Tamil Nadu, the rapidity of change that is happening is much more now. There is so much migration from the rural areas to the cities and migration has a big role to play in suicides.

In the case of Bengaluru, when the city was booming suicide rates went up, but it has stabilised now.

In what way does migration increase the number of suicides?

People from rural areas leave their traditional jobs and move to cities thinking it will help them improve their lifestyle. But sometimes they don't get the kind of jobs they look for in the cities. They feel distressed and when they do not have the support of the family, they feel lonely. And loneliness can lead to suicide.

We see this among those who move from rural areas to work in the BPO sector and also study in the engineering colleges.

Among the Indian cities, Chennai records the maximum number of suicides. Why is it so?

It has always been either Bengaluru or Chennai when you look at the metros. Kolkata has the lowest with four or five in 100,000, whereas in Chennai it is 24.9. Last year, it was almost 29. For six years, Bengaluru had the highest number and in 2008 or 2009, Chennai became number one. So, what we had witnessed in Bengaluru, we are now seeing in Chennai.

In the case of suicides due to exam failures, it has come down in Chennai compared to the rest of the state. That is because of the intervention and awareness of schools, parents and NGOs.

The report says more suicides take place in the rural areas. Why?

The number of suicides is high in the rural areas because of the easy availability of pesticides. If you look at the data of Tamil Nadu, you will see that 75 per cent of the suicides in Tamil Nadu take place in rural areas.

Recently, we did a study in four villages in Tamil Nadu where floriculture is the livelihood of the villagers. You need to use pesticides a lot for growing flowers. We found that these villages had a high number of suicides. What we did was, we took a place for rent in the middle of a village and put up lockers for pesticides, and one of the keys was kept with a manager and one with the family.

To open the locker, you need both the keys. We put up such lockers in two villages and kept all the four villages under observation. In the village where there was locker, the number of suicides came down from 10 to one in a year.

Villagers were very happy with the availability of lockers due to many reasons but the main was the coming down of suicides. Suicides are committed on an impulse and by the time they collect the key, open the locker to drink pesticide, they would have lost the impulse.

How alarming is the situation in Tamil Nadu?

It is alarming. I would say the government should take active steps in spreading awareness like the Kerala government did. Also, the health sector, the social sector, and the education sector should be involved in the plan.

I have given a policy recommendation to the Government of India and also done a report for the World Health Organisation on public health action to prevent suicides. We need to have an advocacy council which will coordinate with all the sectors.

Is suicide a mental health problem or a social one?

It is a health problem and also a social problem. Whether it is a mental or a social issue, suicide never happens due to a single reason. There are factors which make a person vulnerable and we call them distal factors. Those distal factors interact with the proximal factors and that results in suicides.

If you consider it as a social problem, there are issues like exam failure, failed relationship that result in suicides. But not all people who fail commit suicide. So, it is never either-or; it is a combination of factors like biological vulnerability, genetic component, brain chemistry that makes response to stress different, early childhood difficulties, etc. For example, a child who was sexually abused at the age of six has a higher chance of committing suicide.

So there are biological, genetic and psychological factors that make a person commit suicide.

The report says more men commit suicide than women. Why is it so?

Not only in India but it is a global pattern. Globally we find that more men commit suicide than women, but more women attempt suicide.

This is because men use more violent means to commit suicide. In the western world, it is 3:1, which means for every three men, one woman commits suicide. In India, it is 1.8:1. More women in India try to commit suicide because the most common method is the use of pesticides, which is more lethal than medicines like sleeping pills.

Another reason is, women seek help for their emotional problems than men. Men keep their problems to themselves.

Alcohol is a major reason and there are more alcoholics among men than women. Some 30 to 35 per cent of suicides happen under the influence of alcohol.

These are the reasons why more men commit suicide than women.

Is there any particular age at which people are more prone to suicide?

If you look at women, we see that the maximum number of suicides happen between the ages of 15 and 29. Till 29, the number is almost the same for both men and women. After 30, three times more men commit suicide than women. That could be due to a lot of sociological reasons. Till 30, Indian women are not empowered fully and children act as a huge protective factor.

Globally, divorced and widowed women have a higher rate because of loneliness. Chances are less for a divorced woman with a child.

You run Sneha to help people overcome suicidal tendencies. Has the number of calls to Sneha increased?

Yes, the number of calls has increased. We have 30-35 people calling us everyday saying they are depressed and suicidal. People also email and even Skype from all over the world -- like from Malaysia, Saudi Arabia, the US. 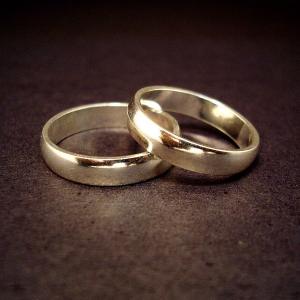