'I am very sure that Rajnikanth, a patriot and spiritual person, will not do this movie which is about a tyrant, killer and murderer,' BJP leader H Raja tells Syed Firdaus Ashraf/Rediff.com As the news broke that Kannada film producer and politician Ashok Kheny planned to approach Rajinikanth to play the part of Tipu Sultan in a film he intended to make, right-wing groups condemned the decision and called upon the superstar to reject the offer when made.

Through the controversy, Rajnikanth has maintained a stoic silence.

H Raja, the Bharatiya Janata Party's national secretary who is in charge of the BJP's Kerala unit, declared that Rajinkanth must not play Tipu Sultan, who, he claimed, was a 'murderer who killed many innocent Hindus.'

His party colleague L Ganesan was quoted as saying: 'Rajnikanth is my very good friend. I am sure he will not take up the role. Tipu was an aggressor, who committed maximum atrocities against Hindus. Rajnikanth will never take up a role to portray such a character.'

In an interview to Syed Firdaus Ashraf/Rediff.com, H Raja, image, below, alleged, "Tipu Sultan killed thousands of men, women and children because they refused to convert to Islam. He made his elephants trample thousands of Hindus. Such a tyrant cannot be shown as a hero."

Why don't you want Rajnikanth to act in the Tipu Sultan film?

Rajnikanth is not looked upon just as an actor. He is a very spiritual person.

Tipu Sultan killed thousands of men, women and children because they refused to convert to Islam. He made his elephants trample thousands of Hindus.

Such a tyrant cannot be shown as a hero.

But history books state that Tipu Sultan was a secular ruler. Is that a false claim, according to you?

There is any number of proof to show that Tipu Sultan killed more than 50,000 Hindus in Kerala and Tamil Nadu. He fought the British only to spread his tyrannical Islamic rule in India, and not for the sake of the country.

Are you making these allegations against Tipu Sultan on the basis of historical records?

I can give you so many books.

Can you name some specific books?

(The late Tamil Nadu chief minister M G Ramachandran) MGR has written in his biography that his forefathers were forced to flee (India) because of the atrocities of Tipu Sultan. That one book is sufficient. 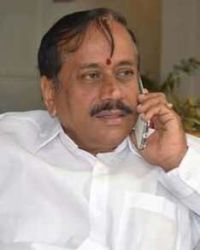 You are alleging all this against Tipu Sultan only on the basis of MGR's book?

The media and intelligentsia are ignorant. When I read history in my time, I read that Aurangzeb killed his brothers and committed atrocities. Do you read that in today's history?

It is there even in today's history books.

(Interrupts) Indian society is made a coward to subjugate themselves to Muslim invaders.

Are you making all these allegations against Tipu Sultan on the basis of one book by MGR, who is not a historian?

I will give you the name of umpteen number of books. Why is the media ignorant in the name of secularism?

They want to distort history and want to worship the murderers of Hindus in this country. Why? Why are you advocating for Tipu Sultan, I don't understand.

At the Republic Day parade this year the Karnataka government had a float of Tipu Sultan, acknowledging his contribution in the fight against the British. What do you have to say about that?

The Congress party has a foreigner as its president. It is a shameless party and an anti-national party.

I don't consider the Congress party a patriotic party at all. They are blocking Parliament and preventing the development of our country.

Have you approached Rajnikanth and told him that he must not do this film on Tipu Sultan?

So far Rajnikanth has not said anything about the movie. This is only a news item to which we have reacted. I am very sure that Rajnikanth, who is a patriot and a spiritual person, will not do this movie which is about a tyrant, killer and murderer.

Tipu Sultan, you say, was a tyrant and a killer, but there must have been something good in him too.

Why do you want to heroise (sic) a tyrant, a murderer who killed thousands of women in Kerala? You go and talk to the people there (in Kerala).

But Tipu Sultan was born in India and was the son of Haider Ali.

(Interrupts) Aurangzeb was also born here, so will you call him an Indian or a Mughal?

Aurangzeb was Indian and a Mughal, you can call him an Indian Mughal if you like.

Aurangzeb was an invader. He demolished 30,000 Hindu temples and killed thousands of people in order to convert them to Islam. I feel the intelligentsia has no backbone to call spade a spade.

There is ample proof that the British distorted Indian history and made Tipu Sultan into a villain, into a jihadi ruler, which he was not.

There is historical proof that Tipu Sultan visited temples and prayed there often. Did you know that?

All these things may have been out of compulsion.

There must have been a rebellion against Tipu Sultan by the people of Kerala and therefore he must have fought against them. That cannot mean he was anti-Hindu.

But Tipu Sultan did not impose the jiziya tax on Hindus, isn't it?

In the name of secularism, why are you supporting tyrannical murderers in this country? That is not secularism. His army of elephants trampled Hindus.

Have you approached Ashok Kheny, the producer, to tell him not to make a film on Tipu Sultan?

The producer of the Tipu Sultan movie made a very arrogant statement. He said when elephants walk, dogs bark. Let us see who is an elephant and who is a dog now.

But India is a democratic country where anyone has the right to make a film, isn't it?

If the producer (Ashok Kheny) has the freedom of expression to call me a dog, then I can also call him a dog. He should not have made such a statement.

So you will oppose anybody who works in the Tipu Sultan film.

Yes, we will send this message that whoever is working in the Tipu Sultan movie is anti-Indian.

IMAGE: Superstar Rajnikanth in a scene from the blockbuster movie, Sivaji: The Boss.