''We will see a kind of disaster which the country has not seen in the last 100 years.' 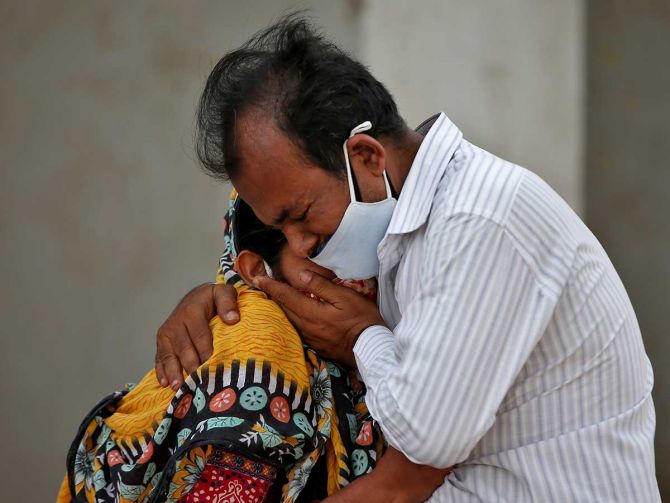 IMAGE: A woman is consoled by a relative after her husband died from the coronavirus disease outside a COVID-19 hospital in Ahmedabad, April 26, 2021. Photograph: Amit Dave/Reuters

On the 1st of May, the central government announced a new vaccine policy while opening up the vaccination programme for all adults above the age of 18.

The states can procure the remaining 50% directly from the manufacturers. Of course, by paying a price which is fixed as Rs 400 by the Serum Institute of India for Covishield and Rs 600 by Bharat Biotech for Covaxin.

The price the private hospitals had to pay Serum Institute for the Covishied is Rs 600 and Rs 1,200 for Covaxin.

This also means hereafter, if a person wants to get vaccinated, either the state or the citizen has to pay for the vaccine.

The Centre has no hand in the entire process.

The Progressive Medicos and Scientists Forum (PMSF) immediately issued a statement slamming the central government on the new vaccine policy.

In an interview with Shobha Warrier/Rediff.com, Dr Harjit Singh Bhatti, National President, Progressive Medicos & Scientists Forum and the former president of the AIIMS Resident Doctors Association New Delhi, explains why the government has failed its citizens. The Progressive Medicos and Scientists forum issued a statement condemning the government's new vaccine policy saying it would lead to profiteering by private companies. Is it because the government has given them the power to sell the vaccine at any price?

At Rs 600, not many people will be able to buy the vaccine. The end result will be, it will put the onus on the state government to buy the vaccine at Rs 400 from the private manufacturers and then give it free to its citizens.

This is just a political stunt by the Union government which has got huge amount in the name of the PM Cares fund.

Why can't they spend it on giving vaccine to people? It will be very beneficial to all the people. 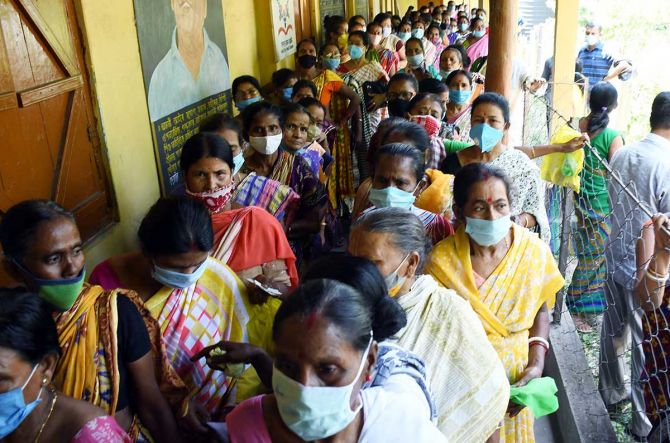 Except in India, all the countries are vaccinating their people free. India has so many poor people who will not be able to buy the vaccine. In such a country, how can the pricing be left in the hands of private players?

That is because the Indian government is run like a private company. Here, every decision is taken by corporates. That is why we don't see any people-friendly decisions from the government.

I don't know whether they have lost interest in the idea of democracy. The only interest they have today is how much they can earn from a tragedy.

Their corporate friends are investing in the vaccine business, and they want to earn the maximum now.

In the Western world, healthcare is very important and people decide their government based on the healthcare policy.

In fact, the whole covid management should be free to the citizens. All the corporate hospitals should have been nationalised for this purpose so that every citizen gets covid treatment free of cost.

Several states have decided to give the vaccine free to its people even when they have to buy from the private players. Do you think the Centre is washing its hand off the responsibility?

Whenever there is a chance to control, the Centre wants it.

I am talking about what has been happening in the last seven years after the Modi government came to power. It was not like this earlier.

Now, Modi wants all the credit, he wants to be called the Messiah. But whenever there is a problem, he pushes them to the states asking them to manage as state subjects.

But the Modi government has a very good marketing strategy and the entire media is under their control. So, they can snatch credit from anyone.

Initially there was this vaccine hesitancy but when people wanted the vaccine, there is no vaccine. What went wrong?

I would say Modi underestimated the coronavirus. He didn't know that there would be a second wave and a deadly one at that.

So, while he was claiming victory not just in India but all over the world, the virus came back with more vigour which he didn't expect.

But when the deadly second wave came, he got exposed. The reality today is that he is not able to provide the vaccine even for the people of his own country.

If not for the second wave, he would have marketed himself as the biggest corona warrior of the world.

Do you think India should not have sent vaccines to so many countries without vaccinating its own people?

Definitely. The preference of every country is its own citizens. 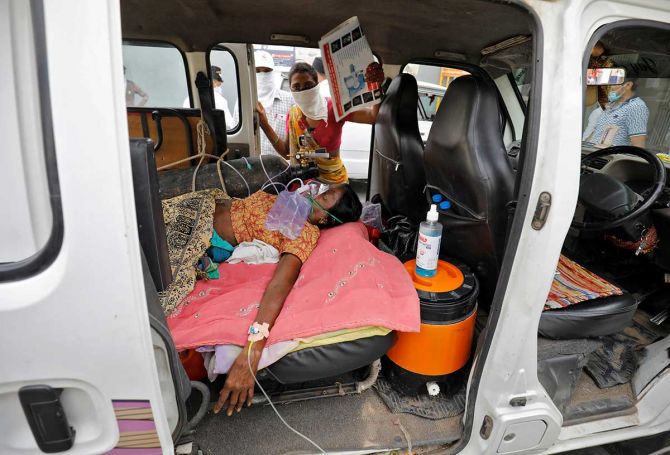 IMAGE: A patient wearing an oxygen mask is seen inside a car waiting to be admitted to a COVID-19 hospital for treatment, Ahmedabad, April 26, 2021. Photograph: Amit Dave/Reuters

As a doctor, do you think if the political parties had shown some restraint and responsibility in the election campaigns, this disaster would have been avoided?

Yes. What was the need to have huge election rallies attended by thousands of people?

But the government had a different agenda and their target population was different. They didn't think rationally at all. Even when the whole country was suffering, they were campaigning and holding rallies. Not just the BJP, all the political parties were conducting rallies... They were also irresponsible.

Yes, all of them held rallies because the bar was set so low by the ruling party.

When the PM, the home minister and the other ministers were campaigning, the other political party leaders were also forced to do so. Otherwise, they felt they would give the impression that they had lost the elections.

Even the media would have shown that the Opposition had surrendered in front of Modi. 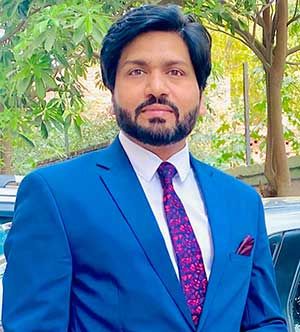 Many public health experts were of the opinion last year itself that the first wave exposed the deficiencies in India's public healthcare system. With the second wave, it has collapsed completely. Where do we go from here?

Yes, our public healthcare system is badly exposed with this pandemic. The fact is, we have been raising this issue for the last many years; that we were sitting on a ticking bomb and any emergency would result in widespread casualties.

But the government didn't take our warnings seriously and that's why we are here.

Do you hold only the Modi government responsible for the collapse of the public healthcare system? What about the earlier governments?

We are in this situation because of the greed of the corporates. IMAGE: People wait to cremate victims who died due to the coronavirus disease at a crematorium ground, New Delhi, April 23, 2021. Photograph: Danish Siddiqui/Reuters

Very, very scary. Thousands and thousands of people are dying every day.

What we are facing now is a tsunami, and we are moving towards a bigger tragedy.

If active intervention measures like increasing hospital beds, ramping up the production of oxygen, testing more and more people, starting more isolation centres, and above all vaccinating as many people, are not taken immediately by the government, we will not be able to control the virus.

Then, we will see a kind of disaster which the country has not seen in the last 100 years.

Is lockdown a solution?