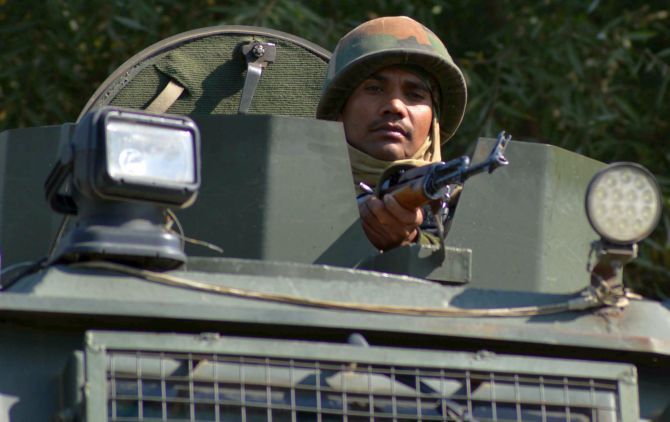 Khanna was in Mumbai earlier this month for a preview of his book and to deliver a TEDxGateway talk on the subject.

"India (has) quite frankly (been) very slow to learn (how to use development to tackle terrorism)," Khanna tells Rediff.com's Utkarsh Mishra in the second segment of a three part interview.

Asia is also a region most hit by terrorism. This threat also comes in the way of better connectivity between these countries, especially those of South Asia. What is your view on that?

99 per cent of all terrorism in the world is domestic terrorism.

It's Iraqis bombing targets in Iraq because they don't like the occupation or they are upset with their government.

Or it's Kashmiris in Kashmir, Pakistanis in Pakistan or Indonesians in Indonesia.

One per cent of terrorism is 9/11 terrorist attacks or these horrible international incidents.

You have Afghans attacking American projects in Afghanistan; you have Pakistanis -- Balochis in particular -- attacking Chinese diplomats and projects in Pakistan.

This is not necessarily going to increase. Just because it happened once doesn't mean it's going to get worse and worse.

Even in Iraq, you have years of high terrorism and low terrorism. Don't make any linear projections about it.

People will attack targets if they view that the benefits are not being shared.

Now (in case of the China Pakistan Economic Corridor) this is not China's problem, this is Pakistan's problem.

It's human nature and it's very logical.

So do I think that governments are learning? Yes, quite frankly.

India needs to learn in Kashmir how to spread development.

Pakistan needs to learn in Balochistan how to spread development.

China needs to learn in Xinjiang and Tibet.

And if they can make the case, they can show tangible benefits, there will be less terrorism.

No one wakes up in the morning saying 'I want to kill myself', right?

So do I think Asian governments are learning? Yes. Should they learn faster? Yes. But are they? It depends on the country.

The Philippines is learning much faster. The Filipinos are smarter than us evidently, because they have had a very serious insurgency. So is Indonesia, with Muslims.

So I think we can learn a lot from the Philippines and Indonesia.

When Asian countries prefer domination over cooperation, like what China is doing in the South China Sea region, or how India and China compete in pulling smaller countries of the subcontinent -- like Nepal, the Maldives, or Sri Lanka -- to their side, how will they co-operate freely?

These are very separate cases.

In Nepal, India and China can have equal leverage. It's tit-for-tat that's playing out all the time. Basically, who can spend more on corruption in the country is the winner.

You're only the winner until someone else spends more on corruption. So that's Nepal.

Sri Lanka is different because there's no reason for Sri Lanka to get in bed with China, it is India's fault.

The Hambantota port project was offered to the Indian government eight years ago and they didn't say anything. They were waiting and wasting time.

So then Sri Lanka got fed up and said okay China, you do it.

Now, luckily for India, there's coup every week in Sri Lanka and China probably won't get to control the Hambantota port in the end. So India can get back in the game.

The South China Sea is a third case, very different. There's a total power differential there.

The Philippines have no power, compared to China. So, of course, they have no choice but to almost sell their island claims in exchange for money from China, and that's what they are doing.

These are three very different situations.

While on one hand, as you said, infrastructure investments prevent escalation of conflicts...

No, some infrastructure investments are the cause of conflicts.

Like the Tibetan highway. When China builds a highway in Doklam, it's a cause of conflict.

There are other cases where infrastructure is a solution to conflict like trade routes.

If you had the IPI (Iran-Pakistan-India) pipeline, that would decrease the conflict with Pakistan. Because then we depend on Pakistan for gas. That's a good example.

But then there are opposite examples.

We also have the Indus Water Treaty with Pakistan, which is often considered more as a weapon in case of a conflict rather than an impediment.

That's a treaty. A pipeline is much more powerful than a treaty. Because the resources are actually flowing, you can measure it, quantify it, value it, price it and so forth.

And the day it is switched off it is gone.

I think we need a stronger Indus Water Treaty. 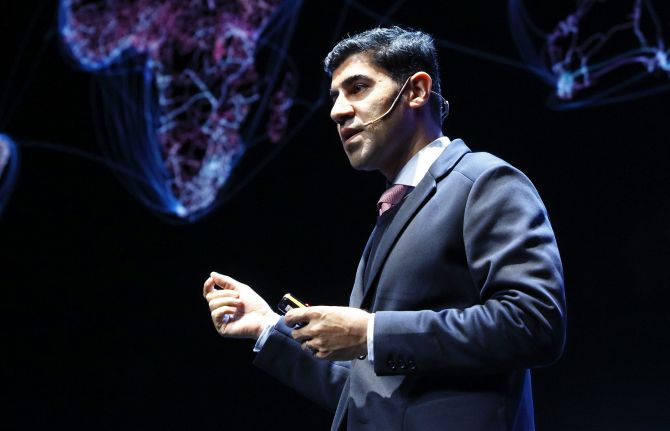 What I wanted to ask earlier is large investments also restrain a countries from taking a hard stand against each other when it comes to, say, human rights abuses.Like what's happening with Rohingyas in Myanmar. India can't push Myanmar beyond a point because, among other things, the crucial trilateral highway project from India to Thailand will be at stake.
Or how the US did not take any action against Saudi Arabia in the Jamal Khashoggi murder case.

But the US has no large investments in Myanmar. The Saudi Arabia thing is purely historical alliance, politics you know. So it's a very special case.

Israel and Saudi Arabia are special cases in a way for the United States. There's no other country where the US will say that you have a blank cheque, do whatever you want. Maybe Japan also gets that treatment. So that's the Khashoggi thing.

When it comes to Rohingya, you know that's an Asian problem. Not an American problem.

But India is not taking a hard stand against Myanmar...

That's India's fault. India should be helping Myanmar and Bangladesh sort out the status of these people.

Because it weakens the credibility of Myanmar and Bangladesh and we need both countries for the BIMSTEC (Bay of Bengal Initiative for Multi-Sectoral Technical and Economic Cooperation) project that you were mentioning earlier.

So we have to be a leader. We have to help solve disputes. In fact, it is thanks to the Modi administration that we resolved the dispute with Bangladesh.

How will the entry of India and Pakistan affect the Shanghai Cooperation Organisation?

These Asian countries (Kazakhstan, Uzbekistan etc) joined the SCO long time ago. It was created in the 1990s.

And I think it was interesting because Russia supported India's bid even though China, of course, would have opposed it.

And you would think that if China creates something, China gets to say no. But in order to maintain credibility as an impartial body, China had to say yes since Russia supported India.

It's a good example of while you are in the tent, you are better off than being outside the tent.

Look at Pakistan. The terrorism (there) is not going to be fixed by America, it's gone. So what's happening?

You have Russia, you have Iran, you have China, Afghanistan and Pakistan starting new counter-terrorism co-operation.

Would you rather let them not do that? Of course not, we should let them do it. So SCO can be useful in that regard.

And what's good for counter-terrorism in Central Asia is good for India.