'Amendments in the past have created fear. This will take it further.' 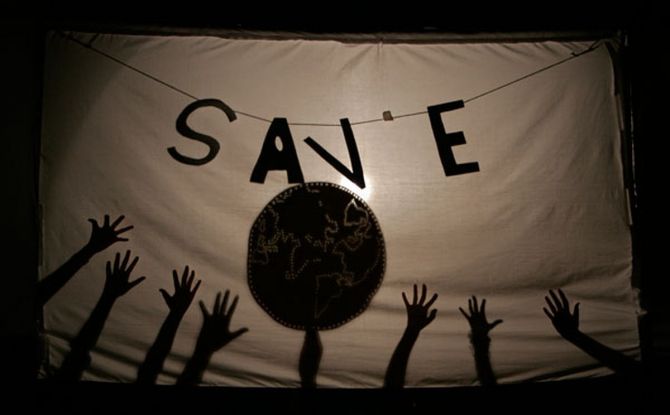 The Lok Sabha has approved a bill to amend the Foreign Currency (Regulation) Act, and among the new regulations are making Aadhaar mandatory during registration of an NGO, and capping the use of foreign funds for administrative expenses at 20% as against the present 50%.

It also prohibits the transfer of foreign contribution by one FCRA-registered body to another society which is also registered under the Act.

Further, NGOs will have to open an account with the State Bank of India's Delhi branch to receive funds, and allows the government to permit an NGO to surrender its FCRA registration.

NGOs have widely condemned these changes and said these new restrictions will be a hindrance to their work in civil society.

Henri Tiphagne, lawyer and human rights activist for over two decades and the founder and executive director of the Madurai-based human rights organisation People's Watch, tells A Ganesh Nadar/Rediff.com, "We are not against accountability, we are against discrimination."

Isn't 20% of foreign funds enough for administrative purposes for an NGO?

It is not about 20% of foreign funds that is the problem here. It is about what the government classifies as administrative expenses.

For them it means all salaries, all travel, all telephone expenses and all office expenses of the people working in the NGO.

Suppose I am doing a legal aid programme, I recruit lawyers, I have to pay them. The government includes this in the salary expenses.

Suppose I recruit counsellors to speak to adolescent children, the government includes payment to them in the salary expenses.

Suppose I recruit researchers for a project, I have to pay them salaries too. But the government includes their salary too in the administrative expenses.

Why are they saying that public servants should not receive funds from overseas?

Many small NGOs have panchayat presidents and ward members as their members. So they will have to be removed from the NGO.

Political parties, including those who are ruling the country, are allowed to receive foreign funds, so why not public servants?

So rich people alone can do community work? A man who was on the board of an NGO has become a public prosecutor. Now he will have to leave the NGO.

If you receive foreign funds, why is there a restriction on transferring a part of it to another person or association? You could be working together on a scheme.

Voluntary work is collaborative work. One organisation cannot work across the country, usually there are collaborations.

Donors give money to Henri (him) to do a programme in 100 districts. I contact small NGOs in the districts to implement the programme. You have to transfer money to them. The donors might not know all of them.

What is the point of this clause that says, 'after a summary inquiry' the government can stop you from utilising the remaining portion of a foreign contribution?

If they want to paralyse me, they can use this on any allegation. The suspension period is for 180 days. They can extend it after that.

What do you think is the overall aim of these amendments? 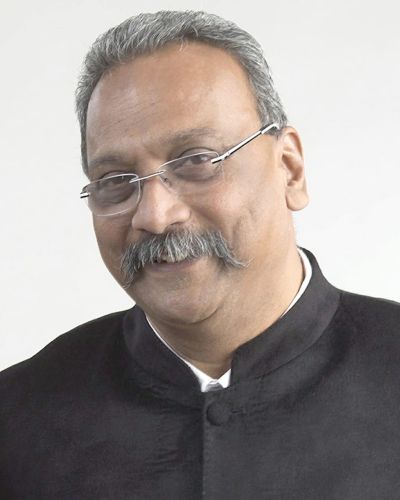 They want to do away with NGOs.

This is a continuing trend from 2010 that (then home minister) P Chidambaram started. Civil society told him not to do it, but he went ahead with it.

We are trustees of public funds. I am accountable.

We are not against accountability, we are against discrimination.

Companies don't have such rules. The non-profit sector is being pushed into the company mode.

Many members of NGOs have served in the Planning Commission of India, and currently in NITI Aayog.

You have special schemes for businesses, but not for NGOs. We are for accountability and transparency.

Opposition parties are saying that these amendments are a means to target those who speak against the government. Do you agree?

It is not only that, it is targeted at the entire sector. It is our duty and right to protest peacefully.

Amendments in the past have created fear. This will take it further.

No doubt the government will get these amendments passed. Will NGOs challenge them in court, then?

If there is a need it will be challenged.

In 2013 I had challenged three suspensions of my FCRA licence. Finally, the government said we are allowed to function.

We can challenge them on specific issues.

In 2016 my FCRA licence came up for renewal. I did not get it. I went to court. It is still pending.

How important are foreign funds? Can our NGOs work only with Indian funds?

Indian funds are important. NGOs can function with Indian funds. But only well established NGOs can get these funds.

Many corporates have their own NGOs. They work in their own locality. Small villages are ignored.

My funds are for human rights education in schools. I have been doing it for 20 years in 20 states. I have done it in 25,000 schools. Who will give me money for this?

I take up cases against police torture across the country. I do it in the courts and in the NHRC. The government doesn't like it. Legal Aid is there in every district. But if they worked I don't need to do it. Which corporate will do that?

I monitor cases of attacks on scheduled castes and scheduled tribe members. Who will finance that? The SC/ST Act says that the government should fund NGOs who are creating awareness.

There are 169 human rights institutions in our country. Should they not be monitored? Which corporate will finance monitoring them?

If the money was available in the country for voluntary work of this sort, we don't need foreign funds.