'Aurangzeb spent a major part in the Deccan. The later Mughals were looted by Nadir Shah and Ahmed Shah Abdali. The Mughals had no money to build. That's why Zafar Mahal, the only palace they built in Mehrauli, was built very shoddily and quickly fell into ruin.'

'Mehrauli spans a much longer period of time than any other city of Delhi,' says historian Rana Safvi. Everyone is aware of Delhi as a major tourist destination, but very few know about Mehrauli, the first city of Delhi, the city of seven cities.

Historian Rana Safvi explores this in her book, Where Stones Speak, Historical Trails in Mehrauli, the First City of Delhi.

Safvi tells Syed Firdaus Ashraf/Rediff.com she wanted to write about the seven cities of Delhi, but when she started research on Mehrauli she found that not much is known or written about Mehrauli, the first documented city of Delhi that lies within its heart.

"I felt it deserved its own separate story, and not as part of a book," she says. What differentiates Mehrauli from New Delhi or Shahjahanabad?

Mehrauli not only has the remnants of the walls and bastions of the ancient city of Lalkot built by the Tomars and Chauhans, it is also the scene of the earliest building activity of the Delhi sultans.

It is Mehrauli, not Shahjahanabad, which has the last building built by the Mughals as well. This city spans a much longer period of time than any other city of Delhi.

Why does Mehrauli not find as much prominence as a tourist spot as compared to other parts of Delhi?

Apart from the Qutub Complex and Mehrauli Archaeological Park, Mehrauli remains unknown because we haven't developed it as a tourist attraction. Nor do we talk about its historical treasures.

You mention in your book that any city has to have three things: Dariya, baadal aur hakim (a river, rain-bearing clouds and a ruler who is willing and able). What did you mean by that?

Cities are built near rivers so that the populace has easy access to water. Firozabad onwards all cities were built on or around the banks of Yamuna, also called Jamuna, where there was sufficient rainfall which could be stored for use. Mehrauli had tanks which were filled by rainwater.

What was so enticing about Delhi that drew invaders from Muhammad Ghori to Ahmed Shah Abdali?

Dilli Hindustan ka dil thi (Delhi was the heart of India). There's a saying that whoever ruled Delhi, ruled India.

I have described the 14 cities, their collapses and their restorations in detail in the book.

What was Hindu civilisation in Delhi like before the Muslim invasions began?

The contemporary literature we have from the early medieval period is all written by the Turks and Arabs. Al Beruni's Tarikh Al-Hind (History of India) explores the Hindu civilisation, but I have not yet gone through it in detail.

Sultana Razia was from Mehrauli. Were you able to spot her palace, her grave?

Although it is not mentioned in the book, Sultan Razia lived with her mother in the Kushk-e-Firuz. It was behind the present boundary of the Qutub complex, after the madrasa of Sultan Alauddin Khilji. Turquoise tiles were excavated from that area by British archaeologists. She is buried near Turkman Gate in Bulbuli Khana. IMAGE: Historian Rana Safvi, who has published Where Stones Speak, Historical Trails in Mehrauli, the First City of Delhi.

What do the Arabic inscriptions on the old Delhi tombs say? Have you been able to decipher it?

Work on this has been done by Archaeological Survey of India historians under the British. I have relied on Maulvi Zafar Hasan's Monuments of India.

You have explained in the book the reason for octagonal tombs among Muslims while referring to the concept of hasht bahist, which is the eighth paradise according to Islamic tradition.

Do we find any other architectural designs for tombs which are different during Muslim rule? Was it always mandatory to have octagonal tombs for Muslim royalty?

There are only a few octagonal tombs in India. Post Humayun, the Mughals built on the Persian concept of charbagh with rivers flowing in it to emulate paradise.

The Mughals never built much in Mehrauli. Why was that?

The Mughals were struggling financially after Shah Jahan. Aurangzeb spent a major part in the Deccan province. The later Mughals were looted by the raids of Nadir Shah and Ahmed Shah Abdali. Even the Rohillas, the Jats and the Marathas plundered the treasury. They had no money to build.

That's why Zafar Mahal, the only palace they built in Mehrauli, was built very shoddily and quickly fell into ruin.

You have highlighted the offerings of pankhas to the Yogmaya temple and the dargah of Qutub Sahab tradition started by the Mughal king Akbar Shah II, a practice which is seen even today. Were relations between Hindus and Muslims good during the Mughals in Delhi?

Contemporary historians highlight the bonhomie and common celebration of festivals inside and outside the fort. Bahadur Shah Zafar was the founder of the first Ramleela committee in Delhi. All these facts are beautifully described in Maheshwar Dayal's book, Dilli jo ek shehar tha (Delhi, the city that was).

The presence of Jainism in Delhi finds a place in your book. Did Jainism prosper in Delhi?

We know from the existence of the Dadabari temple that Jainism flourished in Mehrauli, known then as Yoginipura. During the Tomar dynasty the Jain poet Vibudh Shridhar wrote the Apabhramsa work Pasanah Chariu (The Conduct of Parshva). 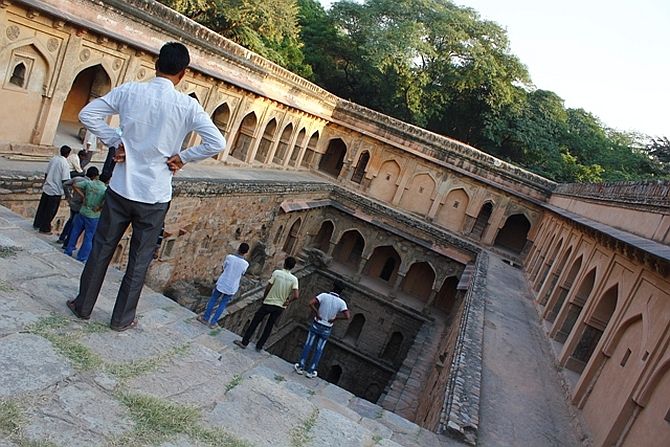 You have been mentoring the #shair on Twitter for Urdu shayaris. You call yourself a champion of Ganga-Jamuna tehzeeb. How did this idea originate and why did you feel the urge to start this trend?

#shair started in 2010 when I realised how many people enjoy Urdu sher-o-shayari. It's a living example of Ganga-Jamuni tehzeeb wherein people from all walks of life join together to share and enjoy a common love for poetry.

Do you think the Ganga-Jamuni tehzeeb, which you refer to, has come under threat?

Ganga-Jamuni tehzeeb has been in India since time immemorial and while some people may oppose it, I don't think they can succeed.

We have to stop pandering to communities for votes and setting up fear psychosis in each other's minds. If only we remove ignorance about each other's religion and culture, will we realise we are all the same.

It is as the Upanishads say: Ekam sat vipra bahudha vadanti. Truth is one; the wise call it by many names. 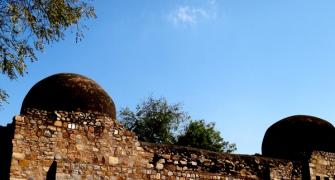 The AMAZING story of Siri, the third city of Delhi 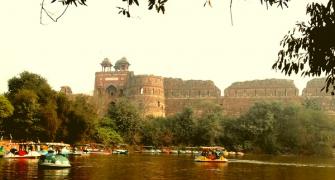 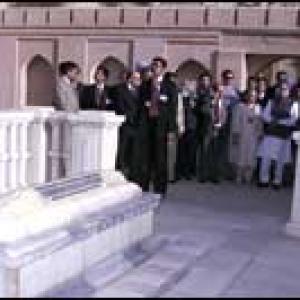 Where lie the great Mughals? 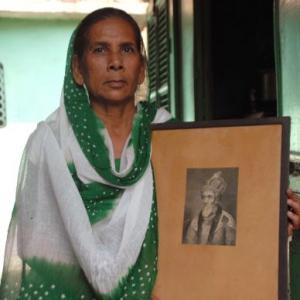