Supreme Court lawyer Alakh Alok Srivastava recently filed a PIL over the rape of an eight-month-old girl by her 28-year-old cousin and sought framing of guidelines to ensure that investigation and trial of cases involving rape of children below the age of 12 years, under the POSCO (Protection of Children from Sexual Offences) Act, should be completed within six months from the date of lodging of the FIR.

"There is an alarmingly increase in the number of POSCO cases, especially in metropolitan cities like Delhi, Mumbai, etc, which meant there should be more than one POSCO court in these places," Srivastava, below, tells Rediff.com's Shobha Warrier.

You filed a PIL in the Supreme Court on the rape of an eight-month-old baby. What made you do so?

This heart-wrenching incident happened in Delhi in which an 8-month-old baby was raped by an adult relative.

The brutality of the sexual assault was so much that the baby had to undergo 4 to 5 surgeries and was in ICU for many days.

The baby girl belonged to an extremely poor family. Her father was a daily wage labourer and the mother a domestic help.

The cousin was a 28-year-old man who had a child of his own. I was aware that the parents would not be able to bear the hospital charges or the legal charges.

That is why I approached the Supreme Court.

I pleaded with the Supreme Court that medical, legal and financial facilities be provided to the baby.

After my efforts, the baby girl was immediately shifted to AIIMS and a team was constituted to take care of her.

One more surgery will be done on April 17. The government has also provided a lawyer for her.

Did you approach the Supreme Court because it was reported that only 229 cases out of over 100,000 cases in 2016 were decided by various POSCO trial courts?

The second prayer of mine to the Supreme Court was about a generic issue. We are witnessing an alarming large number of sexual assaults on children.

When I analysed the National Crime Records Bureau data, I came to know that as on 2016, 89% of the cases under the POSCO Act were not convicted. I am sure when the 2017 data comes, it will be 95%.

When I supplied the 2016 data of National Crime Records Bureau that only 229 cases, out of the total of 101,326 POCSO cases, were decided by trial courts that year and that 70,435 POCSO cases were carried forward from previous years.

The court was shocked to see the data.

Then the court directed all the high courts to collect the data from all the district courts on the conviction rates of the POSCO cases.

What could be the reason why even under the POSCO Act, so many cases did not get a conviction?

When the Supreme Court asked me the reasons why these cases were getting delayed, I have provided 20 to 21 reasons for the delay.

Though there is a designated POSCO court in all the district courts, these courts are not just dealing with POSCO cases, but other cases too.

Then, there is an alarmingly increase in the number of POSCO cases, especially in metropolitan cities like Delhi, Mumbai, etc, which meant there should be more than one POSCO court in these places.

I found that the investigating agencies, courts, public prosecutors and judges lack the training and sensitivity needed while dealing with crime against children.

Insensitivity and lack of training are also reasons for the delay.

If you look at the POSCO cases, 90% of them are committed by family members or neighbours or friends of the family which means they are people known to the family.

So, when such a crime takes place, initially they may come forward to report, but later on, as the case gets delayed, pressure comes from the family of the accused.

This happens because all of them live in the same neighbourhood. They pressurise the family not to go for deposition or not co-operate with the agencies.

So, the conviction rate is very low in the case of POSCO cases.

As perjury is not applicable to a child, she may say something else later because of parental pressure.

I am not saying perjury should be applicable to a small child.

What needs to be done is to caution the parents and the immediate families of the victim against pressurising the child to withdraw the initial statement.

I feel it is absolutely essential to keep the accused away from the family of the victim so that there will not be any pressure tactics to further traumatise the victim or tamper with the evidence.

I was shocked to see that as per the existing law, the maximum punishment was life imprisonment.

There is no death penalty, and this is not acting as a deterrent in the minds of the people.

There is no fear of the law.

I would say justice excessively delayed is justice brutalised.

Delayed justice is not only denial of justice to the victim, but committing further brutality.

You find that majority of POSCO cases come from the lower strata of society. 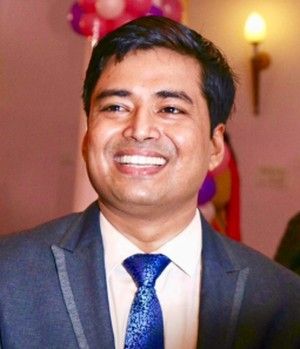 Why is it so? Is the reason ignorance?

More than ignorance, there is no fear of law.

It is because the court of law has not been able to offer stringent punishment to the offenders. So, there is no fear of law in the minds of these people.

They see many accused walking free in their neighbourhood which give them the courage to indulge in such crimes.

On the other hand, if an offender is hanged to death six months after he raped a minor girl, this will create fear among many offenders. It will act as a deterrent.

In the case of the educated section of society, they are aware of the POSCO Act and the punishment, but when uneducated people see the guilty walking free, they get courage in indulge in such crimes.

Remember there was a time in our history, such criminals were hanged in broad public view which created fear among the offenders.

You said earlier that the incidence of such cases is more in the metro cities. Are more cases being reported now?

It is incorrect to say that more cases are getting reported. The fact is, such crimes have also increased.

If you look at the data, you see that more such crimes are happening.

I would cite fearlessness of law as the main reason.

Our values have changed so much that even if you see a girl being raped in public, nobody would come forward to help.

Do you blame the law that does not punish the guilty for this?

I will blame society too.

We as a society have also failed in our duties. If an 8-month-old baby gets raped, the society also has to take the blame.

The government also has to conduct programmes to make people aware of the laws and their responsibilities. That is why I wrote a letter to the prime minister regarding this.

I want to ask what message do we want to send to future generations through our children?

We are not only damaging the present, but future too because of such crimes.

Four states -- Madhya Pradesh, Rajasthan, Haryana and Arunachal Pradesh -- have passed the bill in the legislature assembly to amend the law to give the death penalty to sex offenders of children belonging to 0 to 12 years.

All these are BJP-ruled states. That is why in my letter to the prime minister, I have requested him to amend the law centrally and impose severe punishment to the guilty.

Even the Supreme Court felt that such offenders need severe punishment.

Let me also say that just providing harsh punishment is not sufficient.

We need to complete the trial in a more expeditious manner. A speedy trial is absolutely essential.

In your PIL, you pleaded with the Supreme Court to complete the trial within six months of the date of filing the FIR. Do you feel something positive will come out of the PIL?

I can say one thing for sure. After my submission of the PIL, the Supreme Court will direct the high courts to speed up POSCO Act cases.

It is not an impossible task to complete the trial in six months.

What is more important is Parliament has to come up with a law regarding the punishment. That is because it is in the domain of Parliament.

When the Nirbhaya case happened, there was a lot of debate about giving harsher punishment to sex offenders, but so many years have passed, nothing has happened. What kind of message are we giving sex offenders?

The government should form better laws to punish such people.

When I am fighting for the death penalty to sex offenders, the government is opposing me.

What is needed is all of us including the media should ask Parliament to give harsher punishment to sex offenders of children.

Let us all ask our MPs and the prime minister, what about our small children?

Don't they need your protection?