'Quitting Cong for the people of Telangana' 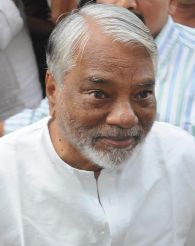 It was a major setback for the Congress in Andhra Pradesh on Thursday with one of its very senior leaders, K Keshava Rao, announcing that he would join the Telangana Rashtriya Samithi.

Rao's decision comes at a crucial time when Andhra Pradesh’s ruling party is struggling to hold back its members both in the Telangana and Rayalseema regions.

Rao, however, says that his decision to quit the Congress is not a vindictive one and he is doing so for the sake of the people of Telangana who feel cheated by now.

In this interview with Rediff.com’s Vicky Nanjappa, Rao says that he has decided to join the TRS, but would wait until Thursday night before taking a final decision.

What prompted this sudden decision on your part to quit the Congress?

It is not a sudden decision. I along with various other leaders have been waiting for so long for a decision on Telangana. It’s been so many years and we have only got assurances.

What do we tell the people who always ask us what our party is doing about Telangana despite being in power in the Centre as well as the state? We have requested our leaders enough, and the time has run out today.

Is your decision already made or are you planning on waiting till tonight hopeful of a decision by the Congress?

It is almost through, but I will see if there is any positive decision by tonight. In case there is, let us see.

But do you really think there will be any decision by the Congress on Telangana by tonight?

I am doubtful, but let us see.

When will you officially join the TRS if no decision comes through?

On June 2nd at a public rally at Hyderabad’s Nizam College grounds.

Will it be correct to say that this is a desperate measure to avoid defeat in the next elections?

That is not correct. Yes, the people are angry, but they do understand our plight. They understand that we are doing our level best for the Telangana issue. The people know very well that we have given so many deadlines and waited so long. What can we do if the sentiments of the people are not respected?

If Telanagana is the issue, then why join the TRS? You could have contested as an Independent.

Is it true that during your meeting with (TRS chief) K Chandrashekar Rao you were assured of a ticket in the next elections?

That is not correct. There was no discussion about the elections or handing out of tickets. I did not take this decision aspiring for a position. I did this for the cause -- for the people of Telangana. My primary concern is to attain a separate Telangana state.

What are the prospects of the Congress in Andhra Pradesh in the next elections?

I would not know, but can say the party would have gained a great deal if they respected the sentiments of the Telangana people.

Who according to you is stalling the creation of Telangana?

A correct picture is not being given to the Delhi leadership. There is a lot of pressure from the other regions of Andhra Pradesh.

Finally, do you think Telangana will ever be formed?

I am sure it will. It is not something that can be avoided. It is a peoples' movement and it will not fade out. 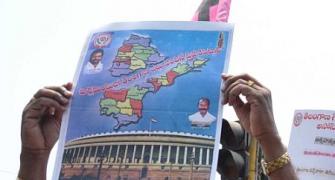 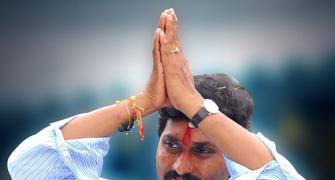 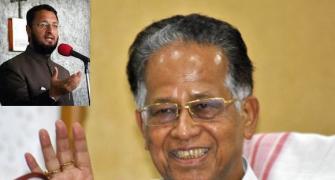 'Gogoi wants to be more BJP than local BJP' 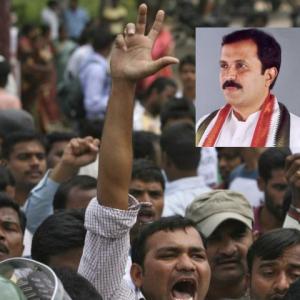 'One must understand the power that K V P Ramachandra Rao'