'You just make the bureaucracy honest and make them function with integrity.'
'Everything will be taken care of after that.'
'But this Mission Karmayogi does not even mention these two words -- honesty and integrity.' 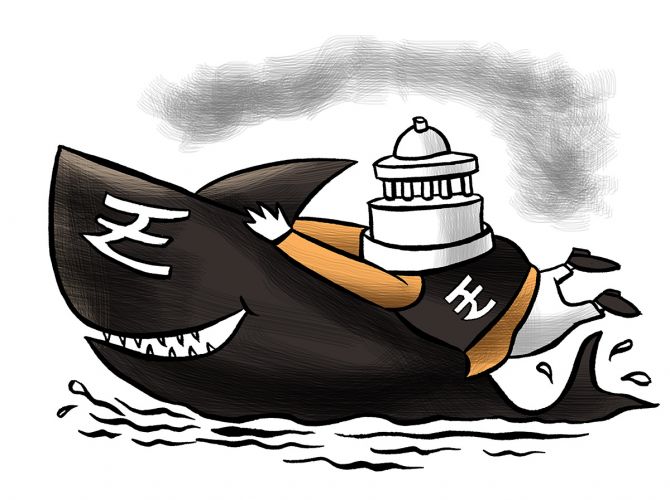 Reform is the new catchword for the Modi government. And it is the bureaucracy in India that is getting 'reformed' next, under the catchphrase Mission Karmayogi.

According to the government, Mission Karmayogi is to 'prepare Indian civil servants for the future by making them more creative, constructive, imaginative, innovative, proactive, professional, progressive, energetic, enabling, transparent and technology-enabled.'

Before joining the IAS in 1968, Devasahayam, an economist by education, was commissioned in the Indian Army in 1964 and had participated in the 1965 War and the counter-insurgency operations in Nagaland in 1967-1968.

The first part of a two-part informative interview:

Your first thoughts on Mission Karmayogi, which according to the Union Cabinet is the biggest bureaucratic reform initiative to make government employees more creative, proactive, professional and technology enabled.

As if they are not now!

Civil servants are being condemned by not making any distinction between them and government employees.

By over-hyping Mission Karmayogi, it is being made into a jumla!

Civil servants in India's context are those of the IAS and allied services, who are the higher echelons of bureaucracy. Others are called government servants.

Here, they are mixing up both and calling everybody a civil servant.

According to them, attendants and clerks are also civil servants, and this is not the way it is perceived.

Civil servants are the higher echelons of government, and they are the administrative leaders.

When you talk to any entrepreneur or an economist or even an ordinary citizen, he describes the bureaucracy as the biggest hurdle to development...

The question is, what kind of development?

Unfortunately, the country has been segregated. While the richest 10% of Indians own 77.4% of the country's wealth, with the super-rich 1% share at 51.5%, the bottom 60% own just 4.7% and are out of the mainstream economy.

With an increasing number of millionaires and billionaires by the day, this divide is widening fast.

It all started in 1991 with liberalisation, privatisation and globalisation (LPG). From then on, the inequality has become very sharp. 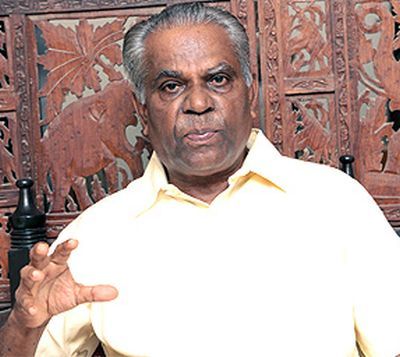 India has virtually become an apartheid economy. I know apartheid is a very harsh word, but it is indeed true.

The fact is, 60% of India is outside the mainstream economy, and are suppressed. After COVID-19, poverty and penury have only increased.

The main task of the IAS and the allied services is to uplift these people.

IAS officers can only advise the council of ministers who are the actual policy makers.

From the LPG era, all the policy/decision making has been in favour of the rich, and people with wealth.

The poor get only the crumps left behind by these people.

In the last six years, the situation has gone from bad to worse.

From the beginning, India has been a welfare State. Now the policies that are being pursued are morphing India from welfare State to corporate State.

So, you are saying it is the political class that is responsible and not the bureaucracy...

Yes, the political policy making and the implementation of these policies is responsible.

Some of the bureaucracy has become over-friendly towards corporates, but the bulk of the IAS, the real civil service and the allied services, are committed to Constitutional values. They find it difficult to be blatantly corporate friendly.

It is not the small business that are complaining, but the big corporates...

Actually, when one talks to the MSMEs, they complain that it is the bureaucracy and red-tapism that affects them more.

I am talking about the decision-making bureaucracy.

I entirely agree with you. What you are talking about is a very cumbersome routine bureaucracy. That is because of the culture of corruption that has set in.

Everyone wants to make money as they see corruption all around them.

When political leaders are winning elections through corruption and they have made corruption as culture, the lower level bureaucracy also wants a cut.

The process that you are talking about happens at the lower and middle level of the bureaucracy.

Rules and regulations are there for their interpretation.

Corruption has been so embedded in the entire governmental system that it has creeped into even issuing e-passes and Covid testing!

When the political class is making hundreds of crores, some civil servants and many in the lower bureaucracy think why not I also make a few lakhs.

Hence, the harassment of small business and entrepreneurs to extort some money.

You mean it all starts with the political class?

Yes, it starts with the political class. They are making money and getting away with it.

You don't really need any Mission Karmayogi or hype like that.

You just make the bureaucracy honest and make them function with integrity. Everything will be taken care of after that.

But this Mission Karmayogi does not even mention these two words -- honesty and integrity.