'One after the other, they have committed four murders (Dabholkar, Pansare, Kalburgi, Gauri Lankesh)...
'They feel they will not have to face the consequences of their actions as it is a favourable time for them.' 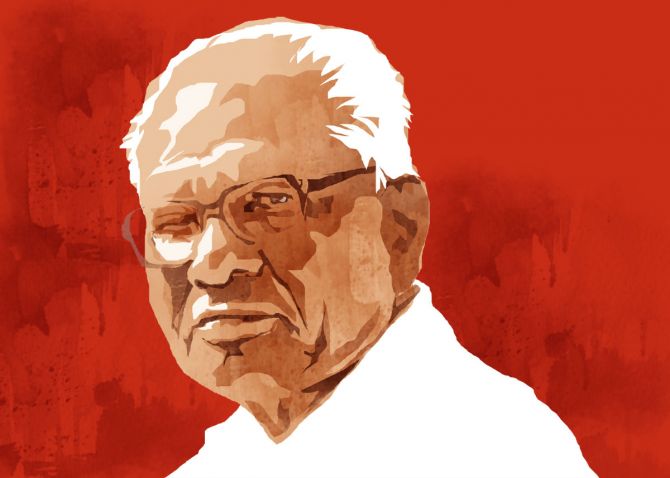 Numbers are a tragic part of Megha Pansare's life.

Nineteen years ago, she lost her husband. With two young children to care for, Megha -- who today is an assistant professor at Shivaji University -- picked up the shattered pieces of her life and moved on.

Then, seven years ago, on February 16, 2015, her in-laws -- who had been a strong source of support -- were shot outside their house as they were returning from their morning walk.

Seven years later, his attackers are yet to see their first day in court.

How have you coped with Comrade Pansare's loss?

I had to be patient. I continued to work. I did not want to take any decision while I was in an emotional state.

At that time, my friend gifted me the biography of Rani Tarabai, the Maratha queen (the wife of Chhatrapati Shivaji's second son, Rajaram, she ruled the Maratha kingdom as regent for her four-year-old son, Shivaji II, after her husband passed away). Her story tells you how women have to fight for their rights in their personal life.

She succeeded in securing the kingdom after fighting multiple battles over many years and was then immediately asked to hand it over to others.

There are many women in history who have been through such situations; it shows us how we, as women, have to fight for our rightful place and for our rights. It is inevitable.

Can you elaborate how it became tough for you to continue with the work Comrade had undertaken?

The first phase was searching for people with whom one could share or discuss issues.

For example, I was invited by many people from places as varied as Gujarat, Kerala, Karnataka and Madhya Pradesh to give lectures.

I consulted senior leaders who knew Comrade; they too felt it was necessary that somebody from the family speaks at these places.

It is important to send a message we are not scared. Since then, Mukta, Hamid and I have travelled on such assignments to eight to 10 states (Mukta and Hamid are the children of murdered anti-superstition activist Narendra Dabholkar who, like Govind Pansare, was murdered on August 20, 2013, when he was on his morning walk).

We have visited the families of (rationalists) M M Kalburgi and Gauri Lankesh.

Are you being watched?

I know I am being watched. I feel I am less free now.

We no longer have a personal life. I have become a social person -- fighting for justice, going to court, being aware of the developments in our society and country, interpreting these developments and sharing our thoughts with the people.

At the same time, I feel I have to be careful about what I say in public because it may impact the case.

The negative impact of all of this is that it has reduced my mobility -- I feel I am just running between home, the office and the court.

Around three or four years ago, a police officer called and told me I was on a hit list. When I asked him how credible the threat was, he told me not to go alone for walks or to the market.

When I rejected his suggestion, he insisted I take police security. But we all know no security can protect you all the time.

Once you've accepted that there is a threat, you can't keep worrying about it. You have to lead your life. You have to do what you need to do. 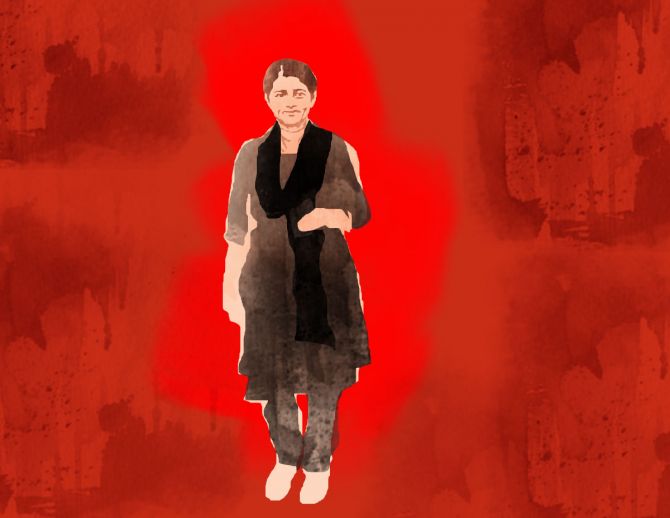 You have been fighting for justice since Comrade was murdered.

Within a few days after Comrade's death, I realised fighting for justice would not be easy.

It takes a long time within our judicial system, but this is the only way to get justice. Violence is not the answer.

After advocate Abhay Nevagi took up our case -- he is representing the Dabholkar family as well -- he warned Hamid, Mukta and me that we could not just hand over the matter to him and remain detached. Which is why we are in constant contact with each other and keep ourselves updated on the progress in our cases.

We have decided we will pursue this fight for justice. We knew was going to be a battle; Nevagi had warned us then that it would take at least 10 years.

Seven years have passed since Comrade's murder and the trial is yet to begin.

Many families do not pursue the legal battle; they hand over the matter to the advocate and move on. Families in India don't have the conviction to fight; they mostly give up. Our fight for justice has taught us that family members need to be strong.

Did you ever imagine Comrade Pansare would be attacked in Kolhapur?

Never. It is unimaginable that this happened in Kolhapur and right outside our house.

He is extremely popular in Kolhapur and Maharashtra. He contested three elections.

There is nothing that was personal as far as he was concerned. It is rare to find someone who has lived such a transparent life.

The murders of intellectuals like Comrade reveals a lot about the mindset of the people who plan them. I have seen the accused in court with their families. One after the other, they have committed four murders (Dabholkar, Pansare, Kalburgi, Gauri Lankesh).

It shows us how these organisations, and the youth involved in these killings, are supported by the political system. They feel they will not have to face the consequences of their actions as it is a favourable time for them.

At a recent event in Kolhapur, thousands of workers said if Comrade Pansare's murder case cannot be solved even after seven years, what will happen to an ordinary citizen? (CPI-M leader and former Rajya Sabha MP) Brinda Karat echoed their feeling.

See the atmosphere we are living in, people are afraid to speak up.

Comrade was fearless to criticise anything that he thought was wrong, even religion. He always said, 'We have the right to analyse and criticise for the betterment of our society.'

His loss is greatly felt.