'LDF has more than 50% chance of coming back to power'

'For the UDF, it will depend on how far Rahul Gandhi will succeed with the goodwill he has.'
'That will make a difference.' 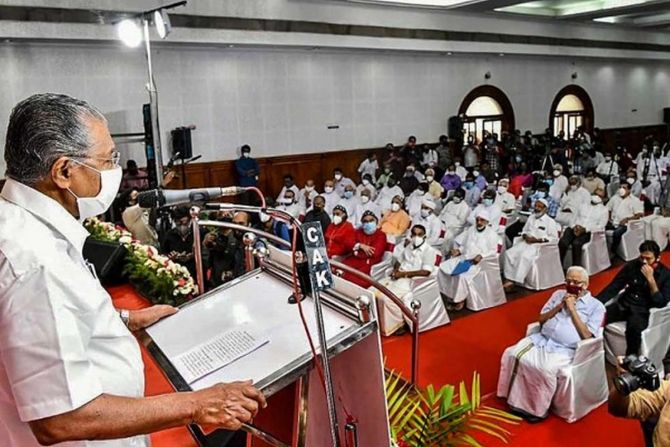 Paul Zacharia is a well-known novelist and political commentator. The final segment of a multi-part interview with Rediff.com's Shobha Warrier:

After the 2016 elections, some communists commented that in future, the fight would be between the LDF and the BJP as the UDF would be wiped out...

It is a stupid dream of a certain kind of comrades who can't see beyond the Congress and can't see the reality of what the BJP is.

And there are many who share the communal mindset of the BJP.

There are people in the UDF who think it will be better if there is no CPM.

It is important for the future of Kerala that both the CPM and the Congress are strong.

As things stand, in Kerala which front has the advantage?

The kind of work that the LDF has been doing in the last 3-4 years, in the fields of agriculture, health and education, I am sure people have noticed it and will remember too.

Keeping that in mind, I would say that the LDF has more than 50% chance of coming back to power.

For the UDF, it will depend on how far Rahul Gandhi will succeed with the goodwill he has. That will make a difference.

Another very important point is, whether Oommen Chandy is able to lead the campaign.

He enjoys tremendous goodwill among all the communities.

And, if he is projected as the chief ministerial candidate, the chances of the UDF winning will definitely improve.

The criticism against the BJP is that their politics is polarisation of society...

In a democratic country like India, it will not work for long.

This kind of polarisation has already stopped working in many states.

You can create issues to polarise for a while, but to keep a nation eternally in that negativity, is not possible unless you bring in dictatorship.

As long as freedom of expression remains in some form or the other, polarisation will not work for a long time.

And dictatorships have a poor expectation of life in modern India.

The situation today is that if you criticise the ruling party or its policies, you are branded as anti-national.
How will criticising the policies become a reason for sedition?

It is the interpretation of this government of what sedition is. The sedition law under Section 124-a was brought in by the British during their regime to put a lot of freedom fighters in jail.

We are still continuing with the law.

Why should we have such a law now?

Yes, why should we have? Why are we asking the question to Narendra Modi? We should have asked Indira Gandhi.

Every ruling set-up in New Delhi wants this law so that they can misuse it.

And it is a fact that every ruling set up including this ruling party is misusing it.

Many high courts and even the Supreme Court said that questioning the policies of the government could not be called sedition.

In my mind, the current ruling party is repeating what its predecessors including Dr Manmohan Singh's government, Rajiv Gandhi's, V P Singh's, Indira Gandhi's and even Nehru's government did.

Regarding the present government, I feel somebody up there is not thinking right, and is in a great hurry. It is going to tell on its future.

Anti-democratic actions, and actions against the Constitution and freedom of expression of individuals will affect the BJP in a big way.

India is a very complex nation with 24-25 major civilisations at work which are different from each other even in the matter of the Hindu identity and is obstinately free in its spirit.

It is a difficult terrain for dictatorships, full-fledged or quasi. 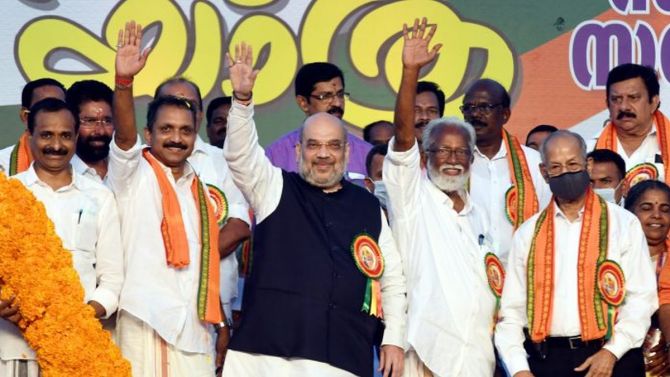 You mean the BJP does not understand this kind of pluralism?

No, it doesn't understand pluralism. It is trying to understand the whole of India from a Hindu-non-Hindu kind of polarisation.

Though it is its winning card for the time being, this will end up in its failure too.

How do you see the rise of the BJP and the fall of the Congress over the years?

As the Congress failed because of corruption, selfishness, and lack of commitment to the nation, the BJP came up.

The BJP came up not only because of the failures of the Congress, but also by the suicidal policies of Rajiv Gandhi trying to play majoritarian politics.

The BJP became the beneficiary of the historical blunders of the Congress.

The difference between the BJP and the Congress in terms of organisational strength is that the BJP has the RSS, which is a thinking body, behind it.

I disagree with their thinking and actions but the RSS seems to think without considerations of personal gain.

That could be their strength. It is hard for a party like Congress to get to such a point.

Though the RSS created a political offshoot, the BJP, it is now making the same suicidal mistakes the Congress made.

The Congress lacks a think-tank devoted to developing ideas and policies on governance and politicking.

In fact, no other political party has a thinking body. The CPM used to have it, not anymore. 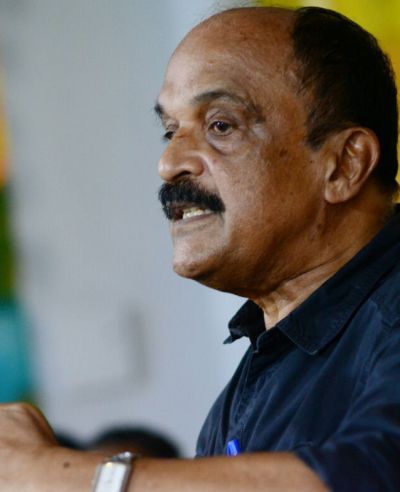 Yes, there is a difference. Modi is a man who pushes his fortunes, so there are more fortune hunters now.

Narendra Modi's oratory is his greatest strength. There are few matches for him in present day India.

Modi appears to have brought in talent from all over the world to think for him and his image.

The BJP and Modi are the first to use professional image-making and grooming in Indian politics using mainstream and social media.

An image building exercise of this magnitude was not seen in Indian politics before.

Vajpayee was a traditional politician, Modi is not.