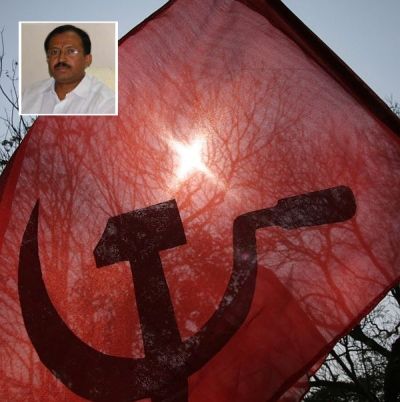 'The CPM is not in a mood to introspect, and their total failure on all fronts is being covered up by crimes such as maiming and killing political opponents,' alleges Bharatiya Janata Party's Kerala president V Muraleedharan on the eve of his rally to protest the murder of his party activists in Kannur.

The Bharatiya Janata Party plans to keep the heat on the state government over the murder of RSS activist K Manoj in Kannur recently, allegedly at the hands of Communist Party of India-Marxist hitmen. Even as it seeks a central probe into the murder, as well the spate of murders of its activists in Kannur over the last few years, the BJP’s state chief V Maraleedharan took out a rally from Kasargod to Kannur.

On the eve of the rally Muraleedharan spoke to Arun Lakshman. An excerpt:

So murder politics is back in Kannur again?

The CPM is not in a mood to introspect; and their total failure on all fronts is being covered up by crimes such as maiming and killing political opponents.

Apart from the CPM not letting any other party to function in their strongholds, they are not allowing any one to leave their party either. For example, the murder of former CPM leader T P Chandrashekaran two years ago was a strong message to all those who intended to leave because of ideological differences.

RSS district leader Manoj Kumar’s killing was also such a measure undertaken by them (the CPM) to finish off their political opponents. We are undertaking this yatra to speak to the people directly on why the party is indulging in such ghastly crimes.

What does the BJP intend to do by a yatra in the Communist Party of India party-dominated region of North Kerala?

The BJP is undertaking two yatras -- from September 23 to September 25. I am leading one from Kasargod to Kannur, and the other is being undertaken by party former state president and national executive member P K Krishnadas, who is leading from Qulandi in Kozhikode district to Kannur. We intend to project the lack of development in these CPM strongholds where the party is ruling the village, bock and district panchayats, with almost all the legislators being from the CPM.

The CPM is not allowing any other political party to function here. If there is no freedom to conduct political activity, how can opposing ideologies work among the people? The CPM-led panchayat members are not undertaking any development work, and to cover up the lack of development initiatives, the party is resorting to political killings and murders.

The BJP is sending a strong message to these CPM strongholds that they intend to work among the people for the betterment of their lives.

On his recent visit to Kerala, BJP national president Amit Shah spoke about the party concentrating more on the next local body elections which are to take place in October 2015.

The party is in the preparations of a draft paper regarding the next panchayat elections and we would be submitting a clearer vision on this to the national president while he comes to the state next. The BJP has already done a lot of groundwork to concentrate on panchayats, municipalities and corporations where the party can develop its position. We are certain of winning several panchayats in the state in the next local body elections.

The Muslim community seems to have voted in favour of the BJP in the bye-elections in West Bengal where the party wrested the Muslim-dominated Basirhat Dakshin constituency from the CPM. Do you feel that the Muslims in Kerala will do the same?

I don’t think so. The Muslims in Kerala are not marginalised. They enjoy political power and other benefits in the state. There is no comparison between the Muslims from Kerala and that of Bengal. Muslims from Bengal supported the BJP candidate there because that they haven’t benefitted from the parties which have ruled Bengal previously.

The Muslims are very unlikely to support the BJP in Kerala.

The BJP’s Kerala unit conducted a major programme in New Delhi on the 152nd birth celebrations of Dalit leader Mahatma Ayyankali on September 9 in Delhi, which was inaugurated by Prime Minister Narendra Modi and presided over by you. Are you wooing the Dalits in Kerala ?

We are not wooing the Dalit community. In fact, we are standing up for their rights and demands in the state. The BJP is for development of the marginalised communities among the majority Hindu community.This include the Dalits, Ezhavas, Thiyyas, Dheevaras and Viswakarmas.