The visit of Sikhism founder Guru Nanak Dev, whose 550th birth anniversary celebrations are underway, to Ayodhya for a darshan of the Janambhoomi of Lord Ram in 1510-11 AD, supports the faith and belief of Hindus that the site was the birthplace of the deity, the Supreme Court said on Saturday. 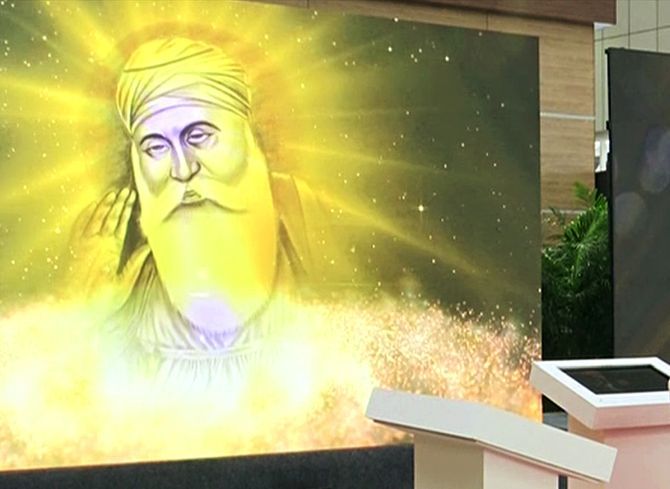 The apex court said Janma Sakhies, which have been brought on record, contains a description of visit of Guru Nanak Devji to Ayodhya, where he had a darshan of the birthplace of Lord Ram.

A five-judge Constitution Bench headed by Chief Justice Ranjan Gogoi, without specifying the name, said one of the five judges while being in agreement with the reasons and directions, has recorded separate reasons on: 'Whether the disputed structure is the birthplace of Lord Ram according to the faith and belief of the Hindu devotees?'

The judge concerned, in the reasons recorded separately, said there was no material to identify the exact place of Ram Janambhoomi but the visit of Guru Nanak Devji to Ayodhya for a darshan of the Janambhoomi of Ram is an event, which depicted that pilgrims were visiting there even before 1528 AD.

It was stated in the apex court that the Babri masjid was constructed by Emperor Babur in 1528.

"The visit of Guru Nanak Devji in 1510-11 AD and to have a darshan of Janambhoomi of Lord Ram do support the faith and beliefs of the Hindus," the judge said.

He said it can, therefore, be held that the faith and belief of Hindus regarding location of the birthplace of Lord Ram is from scriptures and sacred religious books including the Valmiki Ramayana and Skanda Purana, and faith and beliefs cannot be held to be groundless.

"Thus, it is found that in the period prior to 1528 AD, there was sufficient religious texts, which led the Hindus to believe the present site of Ram Janambhoomi as the birthplace of Lord Ram," the judge said.

One of the witnesses in the Suit Number 4, during his examination in the Allahabad high court, had referred to several books about Sikh cult and history and he had stated that Guru Nanak Devji, whose birth anniversary falls on November 12, had sought a darshan of Shri Ram Janambhoomi temple at Ayodhya.

The period during which Guru Nanak Devji went to Ayodhya and had darshan stated to be is 1510-1511 AD, he had said.

Along with his statement, he has annexed various Janma Sakhies, which records the visit of Guru Nanak Devji at Ayodhya and the darshan of Ram Janambhoomi.