'Why didn't the CBI ask for the evidence earlier?'
'Why has it suddenly becoming imminent?' Reticent, cautious and unwilling to opinionate on politics without "adequate proof or case papers", he does admit to picking up the newspaper on February 4 and, on seeing images of CBI officers herded into a police van in Kolkata, being shocked.

"I have never come across something like this, it's unheard of," says Dutta, below, left, who had served for 18 years in the CBI and was a shoo-in for the director's post, but for political machinations.

"A police commissioner holds a very important position and therefore one has to be careful in following the procedures. I don't see any reason for the CBI to have gone to him by surprise," Dutta tells Rediff.com's Swarupa Dutt.

Both the West Bengal government and the Bharatiya Janata Party claim victory over the Supreme Court verdict asking Rajeev Kumar to cooperate with the CBI.
Whose victory is it really?

How can I comment on that? The point remains that going by media reports, he had been summoned several times. Had he presented himself, this situation would not have arisen.

As far as the verdict goes, one thing is very clear that if the investigating officer wants something done, he should be allowed to do it.

The verdict is on expected lines.

How do you react to images of CBI officers being herded into police vans and forcibly been taken to police stations?

It's very unfortunate, you know. I have never seen this kind of a situation. The CBI operates with the consent of the state.

The CBI as such has always been getting the cooperation of the state. I have never come across a situation where there has been a confrontation with the CBI and the state police.

Normally, what kind of a relationship does the CBI and the state police share?

The relationship is hugely, highly cordial. I have never come across something like this. It's unheard of.

If the protocol was followed, perhaps this kind of a thing would not have happened. It could have been better managed.

We have seen cases where consent has been withdrawn, which is when CBI does not have the powers to take up investigations in the state, prospectively, of course, not retrospectively.

If the courts authorise it, the CBI automatically gets the powers to investigate. 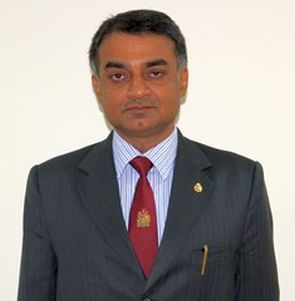 Did the CBI follow protocol? Why did CBI officers go on a Sunday evening to Mr Rajeev Kumar's residence? Couldn't they have waited for Monday?

The time and place is immaterial. What is important is the reason behind the CBI's visit. The point is, did they go to summon him or arrest him or examine him?

The CBI can only make an arrest if the person is an accused.

An investigative agency does not arrest a witness. An arrest is made for a specific purpose -- to prevent escape or tampering with the evidence or if the person is harmful to society.

For arrest, you don't require any notice. If you see the CrPc (Code of Criminal Procedure Code) Chapter 12, if a person has been accused under a cognisable offence, the investigating officer is empowered to arrest the person.

But the accused has to be produced in court within a span of 24 hours.

As for summons, if the person does not pay heed, the CBI can get an arrest warrant from the court.

If after multiple summons the person refuses to present himself, you can get a warrant.

I remember in 1996, I think, I had personally gone with a warrant to arrest Chandraswami (the self-styled godman arrested for FERA violations) because his minders refused to accept the summons. Of course, he appeared in the CBI office for questioning.

In this case, what I am hearing is that there were no papers. Why didn't the CBI get a warrant? If there was a non-bailable warrant, then he could have been arrested.

If it was a bailable warrant, then he could have been bailed out and he then has to then appear before the CBI.

Procedurally, that should have been done. If that was not done, then it's a breach of procedure.

The CBI officers went to summon Rajeev Kumar to examine him. He had been summoned three times earlier, but had not responded to the summons. What is the protocol to be followed?

You always examine a person by giving him notice. You normally examine a woman at her house in the presence of woman officers and after sunrise and before sunset.

A police commissioner holds a very important position and therefore one has to be careful in following the procedures. I don't see any reason for the CBI to have gone to him by surprise.

The CBI was handed over the case in 2014, yet there has been hardly any headway in the case. You were in the CBI at the time, why did the CBI not file a closure report?

I was certainly aware that the CBI had been handed over the Saradha chit fund case and the Rose Valley case, but I was not handling the probe directly.

Normally, the CBI finalises a case within a year. But cases involving disproportionate assets or cases which involve foreign investigation, take a long time -- between three to four years or even more.

But when there is no foreign investigation required, six months to one year is the period we look at.

I left the CBI towards the end of 2016, so I cannot say why there has been no headway in the case because I had not seen the progress of the investigation in the case.

The CBI says Rajeev Kumar had evidence in the Sarada case while he was probing the matter, which has allegedly been destroyed.

Why didn't the CBI ask for the evidence earlier? Why has it suddenly becoming imminent.

From the outside it looks unnatural. It's strange that after four years you are asking for evidence in the probe that Rajeev Kumar had headed.

Have they asked for it before? I don't know.

As a professional I can comment only after I see the case file which is when you will know if the case has been kept pending without any reason and whether the natural course of investigation has been followed.

The new CBI director, Rishi Kumar Shukla, took over a day after the CBI went to Rajeev Kumar's residence. Why not wait another day?

Nageshwara Rao was the interim director, so he might have given the order. The CBI has to prepare before it goes on an assignment.

I have worked in the CBI and I know it sometimes takes three to four days, sometimes a week, so it's not that you suddenly decide to go on Sunday. It doesn't work like that.