'We have to keep that in mind and have plan A B C D because the trust factor with Pakistan or China is very low.' 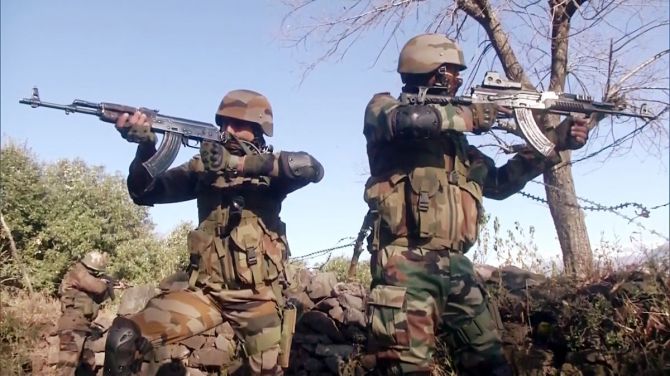 Does this ceasefire have any meaning without Pakistan shutting down terrorist camps across the LoC?

We have to give the Pakistan army a chance. Like I said they are too far stretched and Pakistan is in a mess. They may not be in full control of jihadi militant groups like Lashkar e Tayiba, Jaish e Mohammad etc which are very powerful terrorist organisations.

The future of the ceasefire will depend on the Pak army's ability to control these groups.

Suppose these jihadi groups decide to strike an Indian city, then the Indian defence forces will have no option but to strike at their launch pads and then the ceasefire can go up in smoke.

Yet, we have to give peace a chance.

Like you said that we have to give peace a chance, but there is always this element of doubt when it comes to Pakistan and China, isn't it?

We have to keep that in mind and have plan A B C D because the trust factor with Pakistan or China is very low.

Since you have served in that area and know the area, do you feel the ceasefire will hold or will it be a very fragile peace?

Nobody knows what is in the mind of the Pakistan army chief, but I'm very sure that the Indian Army will be sincere.

I give a less than 50% chance that ceasefire will hold because there are many caveats and ifs and buts. Historically, we have seen how many times Pakistan has violated the ceasefire.

What are some of the challenges before our troops now and what are the things they have to be cautious about?

The preparation and alertness of our troops will not change much. There are well laid and established SoPs, training, motivation, morale and many factors are involved.

Our troops and commanders on ground have flexibility of mind and are trained to adapt to situations. Our troops will adapt and will not let their guard down.

If peace holds, Indian troops can also engage in many other aspects of military training. There are so many aspects of war that a soldier has to learn and hone day after day. 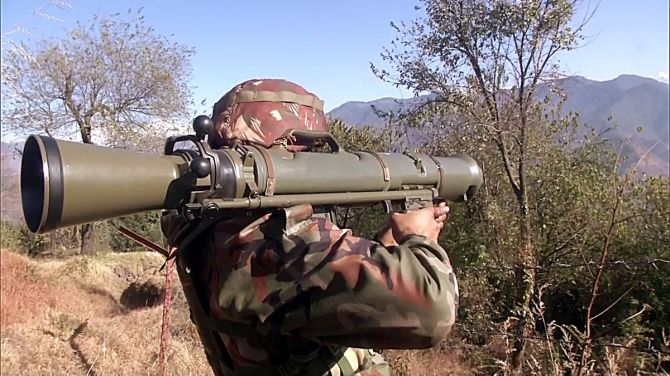 What relief will it bring to civilians living along the LoC?

Civilians will be the greatest beneficiaries because there are villages within five to eight kilometres from the LoC. They are the ones who suffer most from the shelling and firing.

The army and civil administration have built bomb shelters, but the bombing has a long lasting psychological impact on people, especially children.

In fact, sometimes, when I hear a loud noise, it reminds me of my days in Kargil or the Siachen Glacier or the LoC. So, you can imagine the impact on the civilians.

Schools have to be closed once firing starts and access to health is hampered. It is like living in a war-like situation for years

The Pakistan prime minister said India must take necessary steps to meet the long standing demand and right of the Kashmiri people to self determination according to UN resolutions.

That is pure rhetoric. They have been saying this since 1948. The Simla Agreement overrode all the agreements. If they are referring to the UN agreement then according to that Pakistan has to first withdraw from J&K -- the one third part of it that they continue to hold.

As long as they keep this Kashmir issue alive in their thoughts, it is okay. But if they translate it into action on ground, the ceasefire will not hold.

But the ceasefire is a way forward in some way?

It is a way forward and we must give peace a chance. We must do everything to make it succeed.

The Indian Army has always been sincere in its efforts.

If the Pakistan army can control these militant groups, then the people of Pakistan, PoK, civilians on our side -- all will stand to benefit.

Thereafter, this must be followed up by a wholesome plan which includes commencing trade because there are many trading points along the LoC. The communication between both the militaries should be made easy and diplomatic engagement must be revived.

The ceasefire will crumble without these accompanying factors -- trade, military communication and diplomacy.