'Sameer Gaikwad is innocent; we believe in the Constitution' 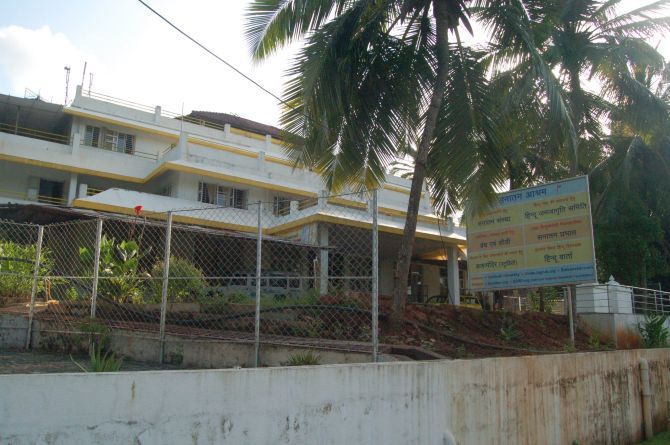 'The Sanatan Sanstha does not believe in violence. The concept of violence and threatening people doesn't fit into our ideology and principles.'

'While the RSS and Sanatan Sanstha propagate Hindutvavad and cultural nationalism, we do have our differences, which in a democratic society is absolutely normal and required.'

Virendra Marathe, the managing trustee of the Sanatan Sanstha, is in the eye of a storm after the arrest of Sameer Gaikwad, a member of the Sanstha, in connection with Communist Party of India leader Govind Pansare's murder.

Marathe, bottom, left, told Prasanna D Zore/Rediff.com that the Sanstha preaches the Hindu religion based on science and not superstition.

There are allegations that the Sanatan Sanstha is threatening journalists now.

We strongly refute these allegations. The Sanatan Sanstha does not believe in violence. The concept of violence and threatening people doesn't fit into our ideology and principles.

You may not have threatened journalists with dire consequences, but do you condemn such threats to the freedom of press?

We strongly condemn such threats to journalists. If there are people not happy with any journalist or any other people, then they must oppose them in a democratic manner. Violence is not the solution to problems.

We believe in the Indian Constitution and solution of all problems based on the democratic principles enshrined in our Constitution.

In a democratic set-up there are bound to be differences between different sets of people, but violence is not the answer.

The Indian Constitution has given the right to religion and all religions and their followers in this country have a right to propagate, preach or spread their religion.

In our speeches we request every Indian to follow the fundamental principles of the religion that they are born in.

The Congress and the Nationalist Congress Party are seeking a ban on the Sanatan Sanstha, alleging that the Sanstha is opposed to democratic principles and is responsible for the murders of Govind Pansare and Dr Narendra Dabholkar.

Why do you think it is not a valid demand given that Sameer Gaikwad, who is linked to the Sanatan Sanstha, has been arrested in connection with Mr Pansare's murder?

It was clear that the there was no evidence against the Sanstha and hence it was rejected by the Centre. But these Congress-NCP politicians are now feeling ashamed to admit this and hence they are blaming each other and playing politics with the sentiments of Hindus.

Why do you think that these politicians are against the Hindu sentiment?

They are playing politics with Hindu sentiments, but the Sanatan Sanstha propagates spiritualism based on Hinduism. I don't want to comment more on this issue.

Why do you think these politicians are opposed to the Sanatan Sanstha?

Why do you then don't openly say that the Sanatan Sanstha's basic tenets are based on spiritualism, science and not superstition?

The spiritualism that we preach is based on scientific principles. Everything that we do in Hindu dharma is based on the shastras, which people today call science.

What do you have to say about Sameer Gaikwad's arrest?

Sameer Gaikwad is not involved in the murder (of Govind Pansarem) and is innocent. While I will not say that politicians are playing their games with his arrest, but those who call themselves leftists, progressive and don't believe in God's existence are trying to exert pressure and create public opinion against the Sanatan Sanstha. 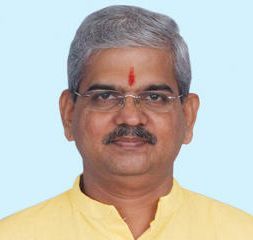 There is talk of arrests of Sanatan officials including you and the founder Jayant Athawale.

I am hearing this for the first time from you.

Do you fear arrest and do you fear any reaction in response to your arrest?

Why will I or our founder be arrested? We havent yet thought about our plan of action in case of my arrest.

Have you got any word of support from the BJP (Bharatiya Janata Party) or the RSS (Rashtriya Swayamsevak Sangh)?

The BJP is a political party, but the RSS is a Hindutvavadi organisation. While the RSS as well as the Sanatan Sanstha propagate Hindutvavad and cultural nationalism we do have our differences, which in a democratic society is absolutely normal and required.

The Hindu religion is so vast and hence there are so many sects and castes among Hindus who have differences, but yet co-exist and co-habit in a democratic spirit.

What are the differences between the RSS and the Sanatan Sanstha?

This question is not at all related to our topic of discussion. We back the RSS. More than 250 RSS workers have been murdered by the Communists in Kerala and 150 Hindutvavadis belonging to the RSS and the Bajrang Dal has been killed in Tamil Nadu. The media never talks about these murders.

When such murders happen we express our solidarity towards the RSS and other organisations working for the spread of Hindutvavad by reporting them in our publication, Sanatan Prabhat.

Has the RSS expressed support for the Sanatan Sanstha when there is talk of banning the Sanstha?

They have not yet openly come out in our support.

If not openly, then did any RSS official express solidarity with the Sanstha?

How would we know they are supporting us covertly unless they say so or express support?