'The fight is between the Congress and Akali Dal.' 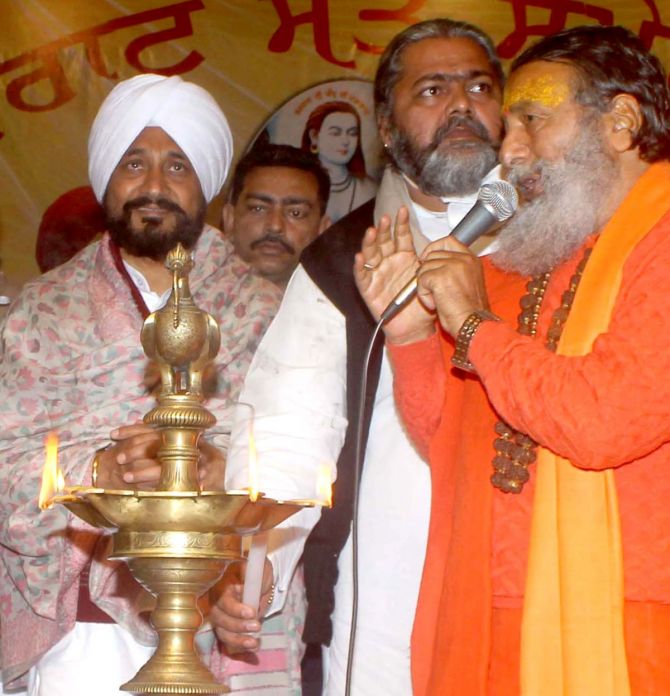 "Section of voters disillusioned with the Congress or Akali Dal were looking for a fresh style of governance and were drawn to AAP," says Dr Ronki Ram, the Shahid Bhagat Singh Professor of Political Science at Panjab University.

"But this vote base got divided once the Kisan Morcha announced its decision to contest the election," he tells Rediff.com's Archana Masih.

The Aam Aadmi Party is being seen a major player in the Punjab election. How is it likely to upset the chances of the two traditional parties of the state -- the Shiromani Akali Dal and the Congress?

It is a multi-cornered contest in Punjab. The main players are:

The alliance of the two farmer groups -- the Sanyukt Samaj Morcha and the Samyukt Sangharsh Party;

At present, there is plenty of 'going in and out' taking place in parties -- politicians are leaving one party and joining another. The blame game is on -- that AAP is poaching on the Congress; the Congress on SAD, etc.

This shows that no party has the interest of the people of Punjab, but are only interested in the grammar of winning seats.

The main fight is going to be between the two traditional cadre-based parties in the state -- the Akali Dal and Congress party.

A few days ago, it was believed that the contest would be between the Congress and AAP, but that has receded into the background.

The fight is between the Congress and Akali Dal. 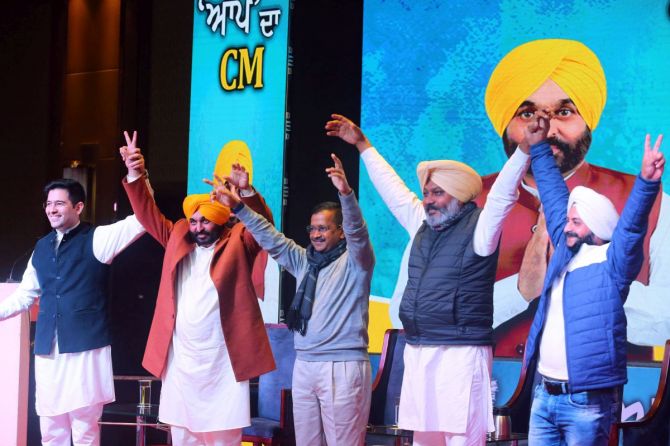 Why do you think AAP is not going to pose a formidable challenge and wean away voters, particularly from the Congress?

AAP had fixed its gaze on the major chunk of the electorate that was unhappy with the previous 10-year rule of the Akali Dal and with the captain-led Congress.

They thought that both parties had not kept their promises.

The captain had declared that there would be ghar ghar mein jobs, smart phones to poor students, reduced corruption and drug-free ambience in the state - but failed to deliver.

The section of voters disillusioned with the Congress or the Akali Dal were looking for a fresh style of governance and were drawn to AAP. They thought they would give their vote to AAP.

AAP does not have a dedicated support base in Punjab.

Its draw among the people is based on anti-incumbency or what can be called as the 'protest vote' or 'angry vote'.

But this vote base got divided once the Kisan Morcha announced its decision to contest the election.

These voters now feel that they should vote for the farmers's party because they empathise with those who protested for 13 long months in the bitter cold and scorching summer.

There has been a sea change in the support structure of the floating votes towards the AAP after the farmers formed a party.

This has led to a sharp division of the anti-incumbency votes between the AAP and the Kisan Morcha.

Who is this split going to benefit?

Both these parties are not going to win, but this split is going to give some advantage to the Congress and some to the SAD.

The SAD and Congress vote bank is cadre-based and will remain the same, but the AAP support structure has been sharpy diluted because of the Kisan front.

Thereby, the fight is between the Congress and Akali Dal.

SAD can still spring a surprise.

The Congress is a divided house in the state and is yet to declare its chief ministerial candidate. How will the war within the state Congress damage its poll prospects?

If the Congress declares Charanjit Singh Channi as its CM candidate, it will undoubtedly help the party consolidate the scheduled caste votes which is around 32%, but will risk alienating the Hindus and Sikhs.

The infighting will come out right in the open and many will start working to defeat the CM candidate.

The Congress is a divided house, they gathered together against Captain Amarinder Singh.

They will do the same against Channi. Even after Channi became CM, there was conflict within the party and many times they were called to Delhi by the Congress high command to sort out the issue.

(Punjab Congress President Navjot Singh) Sidhu recently said that the Congress CM candidate will come as a surprise. Let us see what that means. 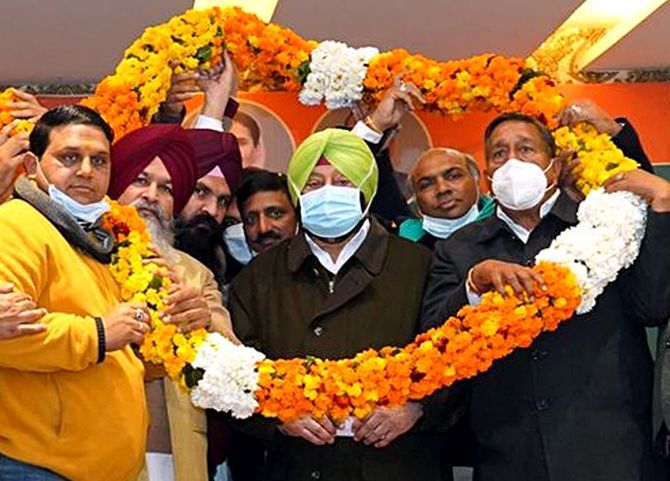 Why is the Congress unable to end the infighting?

The personal is more important to them than the public. It was said the captain was close to Sonia Gandhi and Sidhu came from the BJP which was not liked by older members of the party.

The captain was given a clear mandate with 70 plus seats, but has lost the faith of people. His party will be the vote-spoiler.

Punjab is heading for a hung assembly.