'As long as we have such partners, Russia cannot be isolated.' IMAGE: In this aerial view, a Ukrainian tank drives over an infantryman during a training exercise on May 9, 2022 near Kryvyi Rih, Ukraine.
Infantry soldiers learned scenarios to survive when potentially confronted with a Russian tank closing in at close range.
The frontline with Russian troops lies only 70 km to the south in Kherson Oblast, most of which is controlled by Russia. Photograph: John Moore/Getty Images

"The Western governments not only froze Russian national reserves, but launched a real witch hunt, seeking and arresting Russian private assets all over the world," says Dr Dmitri Novikov, associate professor and deputy head of the School of International Relations at the National Research University - Higher School of Economics, Moscow.

"Let's try to image a situation, that in case of conflict with Pakistan, the USA and European States start to arrest assets and property of Indian business. That is why this situation is abnormal and concerning for all global business," Dr Novikov tells Rediff.com's Archana Masih in a detailed interview assessing 75 days of the Russian invasion of Ukraine.

The first of a two-part must read interview.

What is your assessment of the Ukraine invasion so far? Did you expect it to go on for so long?

I would use a famous meme quote of Engineer Dyatlov from HBO's Chernobyl series: 'Not great, not terrible'.

Russia was not able to suppress the resistance quickly, but such a scenario was possible only in case of panicking and total collapse of Ukrainian government and army.

President Zelenskyy did not escape; the Ukrainian army was able to organise effective defences. In such circumstances, a quick victory became impossible: Ukraine is a huge, 40-million nation, with a territory more than twice larger than the territory of the United Kingdom. There is no way Russia could defeat such a nation so quickly with such a limited number of forces on the ground.

Since then, the campaign turned into a relatively slow, pedantic, operation. Instead of sieging the capital city of Kyiv, Russia focused on the territory of Donbas, where the main forces of the Ukrainian army are deployed and keep their defences.

After recognition of these two republics on February 22 and start of the military operation two days after, Moscow proclaimed cleaning up of Donbas as one of the key official strategic aims of the campaign.

The second task is to take control over the southern part of Ukraine to set up a logistical corridor to Crimea. Here, there was relative success in Mariupol. It is an important city captured by the Russian troops a few days ago.

While Russia tries to break Ukrainian defences, the West leads its own war against Moscow -- an economic one. Here, the situation is pretty similar: Like Russia in Ukraine, the West was not able to achieve a quick victory and refocuses on a long-range pressure.

It is important to mention: The Western economic sanctions are not considered by Moscow as an instrument to change Russian behaviour and reach some kind of peace. The USA and EU (European Union) try to shrink Russian economic potential and will continue to do it even if Russia withdraws forces from Ukraine.

From this perspective. the conflict can be very long -- weeks, months or even years -- in a much less intense form.

It will continue until Russia has a relatively stable economy and resources to fight, Ukrainians have the will and power to resist and the West has will to support Ukraine and contain Russia.

Of course, I hope that the conflict would stop as soon as possible. But it is difficult to reach some kind of mutually acceptable compromise in this situation: All the sides are still sure that they can win.

Why has a numerically and weapon-stronger Russian army not been conquered Ukraine yet? Would you call it a failure?
If so, what are the reasons for this failure? Were Russian army commanders hastened into the campaign without an adequate understanding of the challenges and the terrain?

First of all, Russian troops do not outnumber the Ukrainian army in the region. Russia used approximately one third of its regular army, without involvement of any reserves (at least for now).

On the contrary, Ukraine launched a full-scale mobilisation. It is very difficult to come up with any exact calculations, however we can say, that Russia deployed 150,000-200,000 of troops, while the Ukrainian army even before the conflict was close to 500,000 including reserves.

Add here the national militia, consisting from the volunteers, and well-equipped and trained low-enforcement forces. This picture hardly correlates with a myth about countless Russian soldiers, stopped by a small, but brave Ukrainian army.

The Russian army overcomes Ukrainian troops in terms of technical capacities and arms. The Ukrainian navy and air force were destroyed almost totally in the first days of the conflict. Most of the artillery and tanks are relatively old.

To sum up, Ukraine has a lot of infantry. With the help of Western weapons they could keep defences pretty effectively, but are not able to strike back. Taking these circumstances, I do not believe in a huge and successful counter-offensive operation of Ukraine. Without a strong air support such moves are pointless.

But I also do not believe in some kind of fast and decisive victory of Russian troops in the nearest future -- the Ukrainian defences are strong, especially in the cities. Russian troops try to avoid numerous casualties and rely on bombing and artillery -- it is quite a long way.

So, I would hardly call the current situation a failure. It is a war. And it is very difficult to predict what would be in the end. 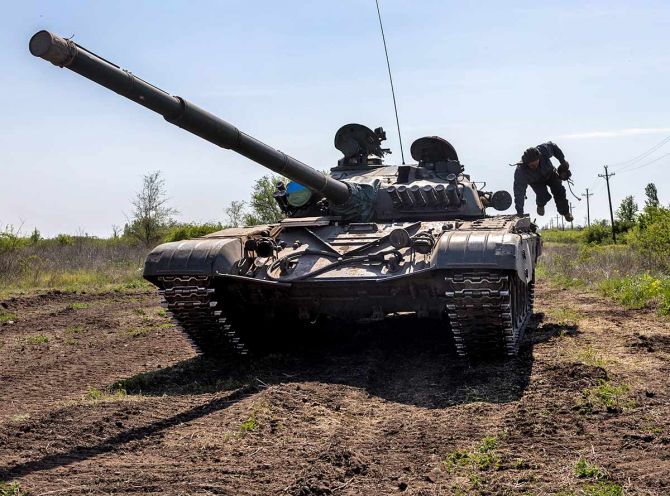 Are the Russian people aware of what has befallen their army in Ukraine given the fact that the independent media has been silenced?

In the world of global information, it is almost not possible to 'silence' somebody and set up an effective censorship.

Russians have an open access to the Western media, to the Russian media, to social networks. So they can choose, analyse, fact-check and make judgements, if they want.

From this perspective there is no difference between a Russian, American, European, or, say, Indian individual. It is not a matter of censorship, but a matter of laziness: people don't want to compare different sources of information, to think.

But you are right there is no independent media. The Western media's focus is only on Russian failures and crimes, the Russian media criticises Ukraine and the West, but hardly talk about Russia's problems. There is some kind of discussion in social networks, but the quality of content usually is very low.

The era of objective journalism and political analysis in the media is over, nobody is interested in truth anymore.

We have to analyse different sources, analyse rumours, talk to people who come back from the battlefield, to people who have insights, discuss the situation with experts, with friends, including foreign ones.

From this perspective, Russians are pretty aware of what is happening. Much better than an average CNN viewer.

The fact that you asked a Russian expert for an interview, that you want to have a Russian view is a good sign. The more diversified information we have, the deeper our understanding of the situation. 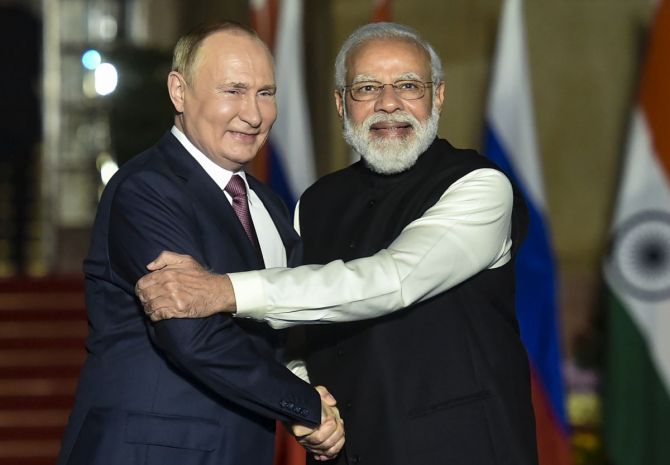 Would you say that more than any time in the last century Russia finds itself isolated, without friends and allies?

I don't think so. Firstly, if we speak about the 'last century', Soviet Russia in the 1920s-1930s was much more isolated than today -- most of the Western States did not recognise the Bolshevik government on a diplomatic level.

However, Russia not only survived, but even made a great economic leap forward. From this perspective, I would not overestimate current attempts to set up political isolation, nor the economic sanctions.

Secondly, the very term 'isolation' is hardly applicable to Russia in the current situation. Yes, we are challenged by unprecedented economic and political pressure by the West, by the way, not the first time in our history.

The USA and their allies truly try to isolate Russia internationally, demonstrate to the whole world that any challenger to the West-centred international order should be destroyed as a political entity.

Pursuing this target, the collective West demolish the very basic, fundamental institutions: the right of property, presumption of innocence, justice.

The Western governments not only froze Russian national reserves, but launched a real witch hunt, seeking and arresting Russian private assets all over the world.

Let's try to image a situation, that in case of conflict with Pakistan, the USA and European States start to arrest assets and property of Indian business. That is why this situation is abnormal and concerning for all global business.

However, beyond the West the world remains mostly neutral towards this situation or even shows support to Russia.

There is not any single African and Latin American State, and only a few Asian nations, which put direct economic sanctions on Russia or directly express an anti-Russian position in the current conflict.

Russia is pleased with the Indian position, which remained cold-blooded and rational.

In this situation our countries have enormous potential for economic cooperation in different spheres. I believe, until we have such partners, Russia could not be isolated.