'This feeling of hatred is not going to stop'

'It is going to be worse.'
'Nobody can stop this social process; ultimately it has to reach its culmination.' Those arrested for developing the horrendous app, Bulli Bai, to auction Muslim women on an online platform are a 21-year-old young man from Assam, an 18-year-old girl from Uttarakhand and another 21-year-old engineering student from Bengaluru.

The creator of the 'Sulli Deals' app is a 26-year-old techie from Indore.

Earlier, a 23-year-old IIT graduate was arrested after he posted rape threats to Virat Kohli's then 9-month-old daughter.

What is driving these young men and women to behave in such an offensive manner?

"Everybody is an easy target on social media because nobody is getting punished for abusing another person," Dr Azizuddin Khan, a professor at the psychophysiology laboratory at the department of humanities and social sciences at the Indian Institute of Technology-Bombay, explains to Rediff.com's Shobha Warrier.

If you look at what is happening online, we see that one of the targets of hatred is woman, and then there is Islamophobia. Are they easy targets?

On the contrary, everybody is an easy target on social media because nobody is getting punished for abusing another person.

Yes, Islamophobia is there, not just in India, all over the world.

Women are easy targets because our society treats women like that. It is not a new phenomenon, again.

The next target will be a Dalit or an OBC or any such oppressed group.

A recent study revealed that Muslim women and Dalits are discriminated against even in hospitals.

So, they face harassment not just online, but offline too.

It shows treating people like that is in the psyche.

Why is it that hate is the dominant feeling in Indian society now?

Reason number one, we are like that. The problem is with our psyche. We can boast that we are a great nation, etc. But the reality is different.

The next reason is, the foundation of our society is based on hierarchy.

So, we look down on anyone who is considered lower, socially or economically or even geographically.

It is not that the political masters are doing anything new; they are only exploiting the sentiments.

They are only channelising the negative energy that is already there, in their favour.

We can express our emotions in many ways, but we are taught in one or two specific ways to express our frustration, and that is what we are seeing now.

I am going back to what I said in the beginning; the reason for such behaviour is the foundation of our society, and what we are taught at home and by society.

So, like you said in the beginning, it is the hierarchy that exists between man and woman, different religions and different castes, the reason behind this sickness....

Every relationship is based on hierarchy in our society.

Hierarchical feeling starts by not treating the other person as equal. Now, it gets expressed in hate.

You spoke about Islamophobia. It is a kind of imaginary situation where young people are taught that this group is responsible for your misery. Naturally, it has resulted in hate.

But you have to remember one thing. Those who are taught to hate others suffer because what they get is only negativity.

This negativity will affect their mind, health, social setup and psyche. More than harming others, they harm themselves. 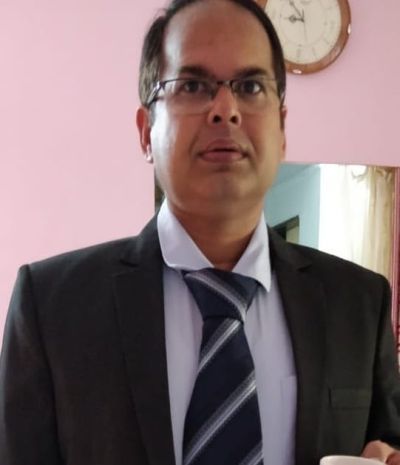 Yes. This is a social process. This feeling of hatred is not going to stop; it is going to be worse.

Nobody can stop this social process; ultimately it has to reach its culmination. But it has only started here.

Who can make humans out of the monsters?

The good thing is that not all sections of society are monsters.

In spite of our differences, we are co-existing.

This section of society has to work extra hard to make the entire society equal, peaceful and healthy.

See, there will not be any economic progress if society is sick.

That's why I say that the situation will deteriorate in future unless, of course, there is a conscious effort by this section of society.

Unfortunately, our political class is not interested in making this society equal. They just want to exploit the situation for their own benefit.