'The worst is possibly over because too many of us may already be infected.' 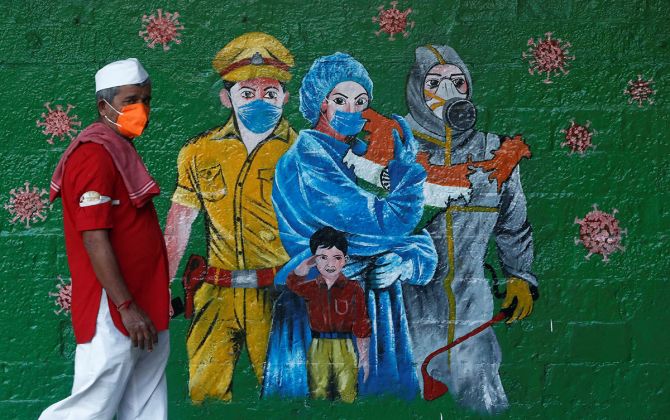 How will the new mutation of the coronavirus affect India? Will we see a spike in COVID-19 cases as a result of this mutation?

"I believe there may not be any big, major second peak. There will be smaller peaks on the downward slope, but I don't feel there will be a major peak," Dr Shahid Jameel, the well known virologist who is director of the Trivedi School of Biosciences at Ashoka University, tells Shobha Warrier/Rediff.com in the first of a two-part interview. 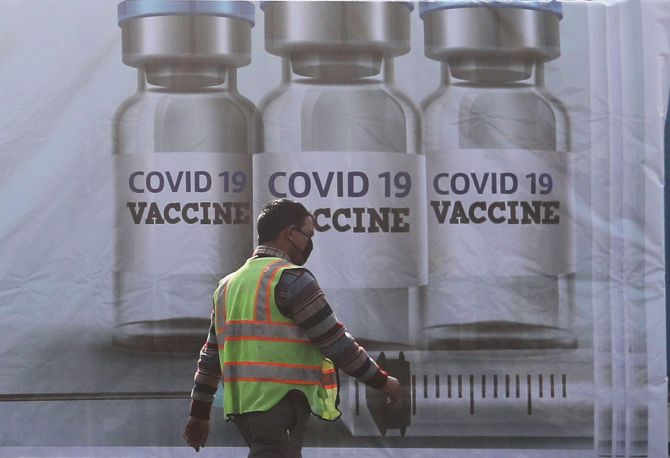 IMAGE: Cargo Terminal 2 at the Indira Gandhi International Airport in New Delhi will be used as a COVID-19 vaccine handling and distribution centre. Photograph: Anushree Fadnavis/Reuters

Of late, quite a few surveys have been conducted on how Indians perceive the vaccine. A recent survey found that 69% of Indians are hesitant to take the vaccine.
Is this vaccine-hesitancy going to be the biggest challenge for India, more than vaccinating such a huge population?

I think India's population is very positively inclined to vaccines as opposed to some European or US populations.

You yourself said, it is vaccine hesitancy, and not vaccine denial.

This hesitancy is largely because people think if a vaccine has been developed so quickly, maybe it is not tested properly and hence not safe.

Let me assure you that the safety corners have not been cut.

What we have not been able to do, obviously is, following up the results for a longer period of time.

And that was not possible as we are in a pandemic situation, and are trying to reduce the effect of the pandemic using a vaccine.

This is also historic as never before has a pandemic been controlled by a vaccine.

Everything was done like we have done earlier except for two things.

One is, different phases used to be sequential but now, some of these are done parallel.

This is what has reduced the time. 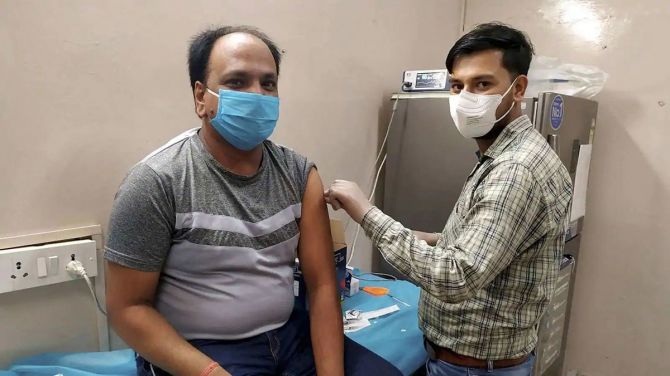 By parallel, you mean conducting the phase 2 and phase 3 trials at the same time?

Earlier, you go back to the regulator after every stage and seek permission for the next stage.

Were there gaps between the Phases also?

Yes, there were gaps between each phase, and it was largely because the Regulators took time to decide.

That also reduces the time.

People need to understand that the body's response to the vaccine has not changed just because we are in a pandemic.

So, it will still take two injections to have full immunity and that has to be 2-3 weeks apart.

All that remains the same.

I feel the hesitancy is likely on account of not knowing how the trials are being conducted.

Secondly, there is this notion that how you can develop a vaccine in less than a year when it used to take 5-10 years earlier.

The answer is advances in science and technology, and available vaccine platforms that were quickly repurposed for the vaccine.

But no corners have been cut in terms of testing.

The only thing is, we don't have a long-term data.

Viruses mutate all the time.

Only those mutations survive that give any selective advantage to that particular variant.

If the virus has transmitted enough in a country or in a city or in a community, then the number of people who remain susceptible to the virus will reduce.

When more and more people get infected, less and less people are susceptible.

In such a situation, the virus will find harder to find a susceptible person for its survival.

That's why the transmission reduces, so also the virulence.

What's happening in the UK is a completely different mutant of the virus has emerged there.

It's not the same virus, it's a mutant.

There are biological reasons why it is transmitting faster. 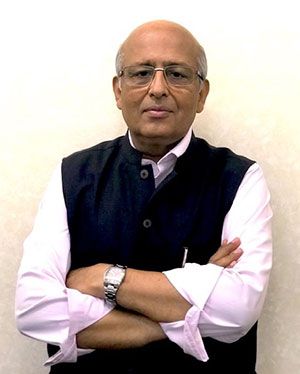 Is it due to any certain conditions that it has mutated in such a way?

No, it is just a chance.

It could have emerged from anywhere in the world.

It could have emerged from India also.

It's only a chance event.

It mutated so that the new variant can infect the human cells much better than the earlier one.

But there is no evidence so far that it causes disease that this more severe or milder.

The important thing is that there is a surveillance system in place in the UK.

What if it was not caught?

Because it is found, you can bring in measures to let it not go beyond the borders. The UK, Europe and many parts of the world are experiencing second and third wave while India is still in the first wave.
Many scientists say that a second wave may not happen in India.
Is it because our first wave was a prolonged one?

Yes, it could be because of that.

We have seen since mid-September that the daily infection numbers are coming down.

Some of that is due to more antigen testing than PCR testing.

So, we have under-counted.

Nevertheless, the curve is going down consistently since mid-September.

I believe there may not be any big, major second peak.

There will be smaller peaks on the downward slope, but I don't feel there will be a major peak.

If you look at the second Sero survey, it suggested that 6.6% people have antibodies.

If you compared that to confirmed infections at that time, you would have to multiply it by a factor of 16 to arrive at the serosurvey numbers.

If you use the same metric today when we have 1 crore (10 million) cases, there are potentially 16 crore (160 million) people who are already infected.

Looking at the downward trend, and the fact that our festival season has passed without any major spike, and the Bihar elections also passed without a spike, I feel there many more people who are already infected in India -- more than the 160 million.

The real number of infected cases could be anywhere between 300-400 million people.

If that is the case, then the transmission and virulence of the virus will reduce.

That's because as more and more people get infected, there will be less susceptible people for the virus to infect.

I feel that's what may be happening in the country.

So, you feel the worst is over?

The worst may be over because too many of us may already be infected.

The vaccine will help further reducing the transmission of the virus. 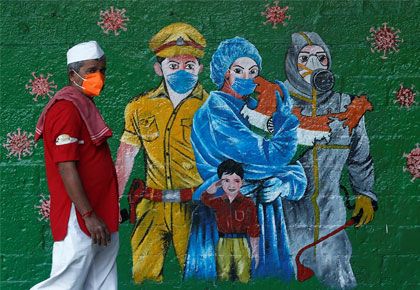