'Next year, when it appears, we won't even talk about it'

'What is happening now is the virus is trying to survive inside us, and we are also trying to survive.'
'It is actually a fight. And the advantage the virus has is it multiplies very, very, fast.'
'Within a second it can make 100 copies.' 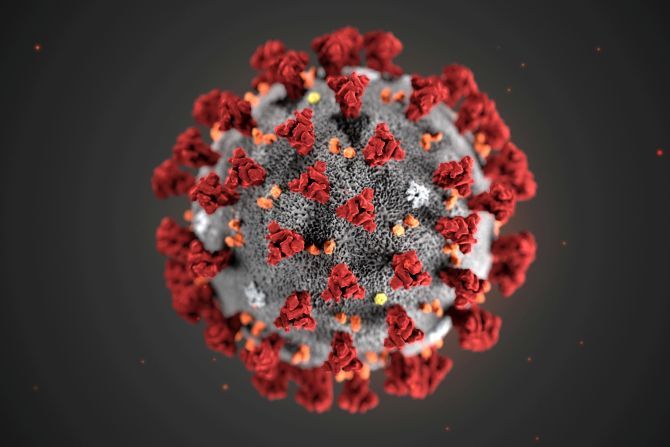 IMAGE: The ultrastructural morphology exhibited by the 2019 novel coronavirus is seen in an illustration released by the Centers for Disease Control and Prevention in Atlanta, US, on January 29, 2020. Photograph: Reuters

"We have found that the amount of virus in the nasopharyngeal region in one swab is around 10,000,000,000! Yes, this number is scary," Dr Anoop Thekkuveettil, senior scientist in the division of molecular medicine at the Sree Chitra Thirunal Institute of Medical Sciences and Technology in Thiruvanathapuram, explains to Rediff.com's Shobha Warrier in the concluding segment of a three-part interview.

In the case of RNA extraction, will the presence of the virus be visible the moment it enters a human being's body?

Yes. The virus will be present in very high concentration inside our nose. That's why it is called the upper respiratory infection, which is from the nose to the throat.

So, the spread of the virus is through the nose.

We have found that the amount of virus in the nasopharyngeal region in one swab is around 10,000,000,000! Yes, this number is scary.

Have you seen something like this before? The number?

No. What we are seeing is something very different though this virus also comes under the influenza virus. Usually coronaviruses are not very dangerous. We all have them, rather we are all hosting them.

Here, somehow, these two viruses from two different animals fused and became one. Now, the new virus cannot go back to the bats or the ant-eater; it has to find a new host. And it found us human beings as the best host.

The problem is, we have not encountered this virus before. So, our body is reacting.

It is actually a fight. And the advantage the virus has is it multiplies very, very, fast. 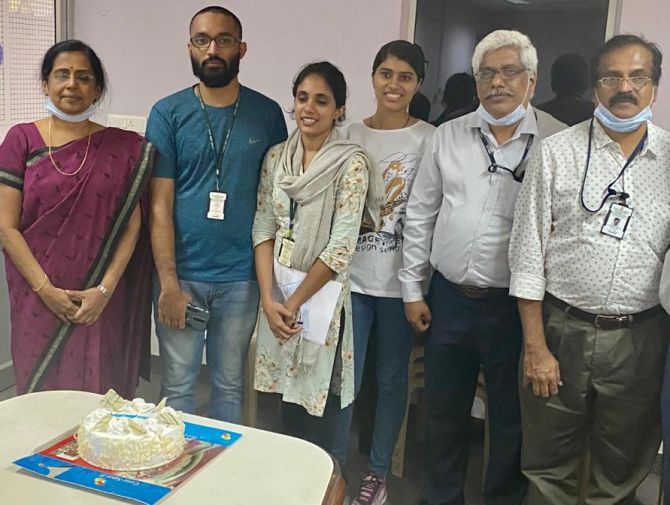 IMAGE: Dr Anoop Thekkuveettil, second from right, with his team at the Sree Chitra Thirunal Institute of Medical Sciences and Technology.

Within a second it can make 100 copies. Our cells are not like that.

We are slow animals as we are long living. But the life of this virus is hardly an hour. So, it just sits there and multiplies as fast as it can!

Because it is a living organism, it has to find a host. Otherwise, it will be gone from the system. So, it is making sure that its existence is finally accepted.

So, those who are weak, those who are not ready to accept the virus, succumb. They will die, rather it will eliminate them because they are not allowing it to be its host.

That's why old people die. Younger people do not show any symptoms because they become its hosts.

Once it is among us, once we become its hosts, we will not even talk about this.

You mean when we develop immunity?

Yes. When we become its normal hosts. So, next year, when it appears, we will not even talk about it.

Yes. This also will be one of the viruses we will be hosting.