'You cannot fight a disease as complex as COVID-19 without a carefully calibrated, localised response.' 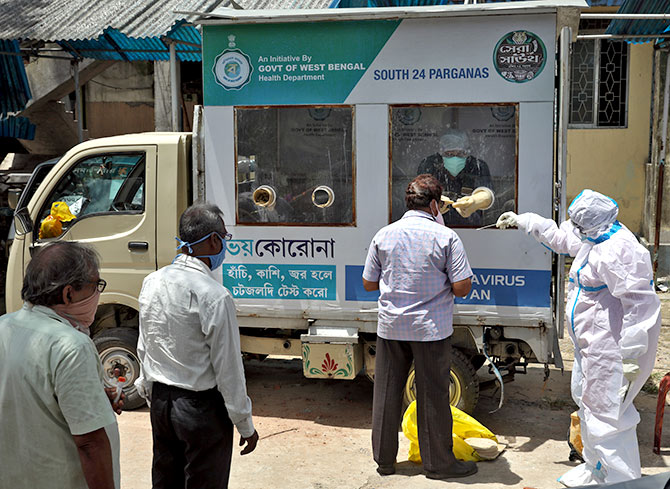 As lockdown restrictions ease gradually, Yamini Aiyar, president and chief executive, Centre for Policy Research, discusses with Aditi Phadnis some of the dos and don'ts the governments should keep in mind while planning for the future.

Key among them, she says, will be providing more clarity on the stimulus for small businesses, converting central schemes to untied block grants, empowering local governments and addressing worker indignities.

As we inch towards the end of the lockdown, what are the issues that the Centre must keep in mind?

The approach has to be to avoid another nationwide lockdown.

The social and economic costs of this will be just too high.

From the perspective of managing the epidemic, the key lies in better understanding disease spread and devising calibrated, locally relevant containment strategies.

There are many unknowns with COVID-19 including the nature of its spread, especially since we have many asymptomatic infected people, who can infect others.

India is now ramping up testing, significantly (despite initial hiccups with antibody tests) but testing to learn will need careful design.

We need to recognise that instead of a single Indian Council of Medical Research strategy nationwide, states will be devising top-up strategies appropriate to their contexts and the Centre will need to support these efforts by laying out broad principles, providing technical support to states that ask, putting in place data standards for public release and facilitating procurement and supply of test kits at speed.

Some of this is already in place, it needs to be institutionalised and made more transparent. 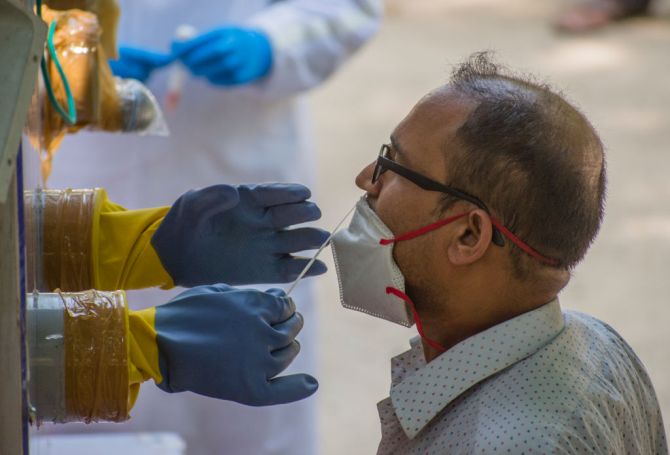 When it comes to restarting the economy, more needs to be done.

In coming out of the lockdown, small and medium enterprises are more vulnerable compared to big businesses.

They will have limited cash flow and there will be liabilities in the form of unsold inventories and delayed payments.

They will also need to incur additional costs in keeping with COVID-19 specific norms.

A clear understanding of what type of stimulus will be available is necessary to make the decision on when and how to restart.

If they invest in restarting and a lockdown is announced, what support will be available to them to continue operations? Without clear answers to these questions, we will see a much slower restarting of small enterprises.

From the workers' perspective, especially the casual, migrant worker, the challenge is greater.

A rapid return to work is undoubtedly in their best interest.

But after the indignities they have suffered, workers who made it home may well prefer to wait it out, unless assured and confident of safety and protection.

But every step the Centre is taking is doing the opposite.

On April 19, the home ministry issued guidelines on standard operating procedure for movement of labour that unambiguously prevent workers from going home even as they are allowed to travel within the state to work.

This sends exactly the wrong message.

There is no word on measures to protect worker rights -- housing, food security, and wage protection.

Instead, workers are being stripped of their right to exercise choice -- you can't go home but you must return to work (with no real protections).

Why would those who successfully made the long, arduous journey home return in these conditions?

The lockdown made visible and amplified the indignities workers face, a return to work will need the government to recognise this and put in place trust building measures that protect rights and restore dignity.

Rather than issuing coercive orders, the Centre should work with states to offer workers the choice of going home and build, on a war footing, an expanded and portable social insurance architecture to protect those returning to work.

Finally, a graded opening of the economy linked to disease spread -- states, districts and clusters may close if they become red zones -- as is currently the plan, requires careful coordination absent which we will end up in a logistical nightmare.

India's economy is deeply integrated and supply chains are connected across states.

Frankly, it's worth asking, therefore, if a graded approach is even viable and weighs the trade offs.

But if this is the way forward then we need to urgently move toward an appropriate institutionalised coordination mechanism between states.

This should be priority number #1 for the Centre. 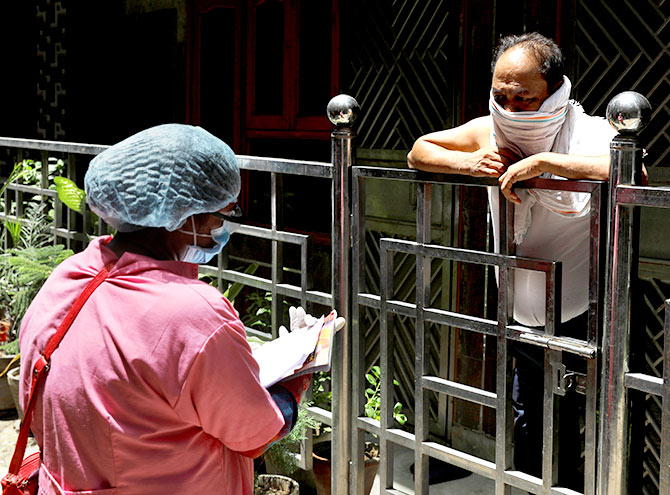 What about the states? They are in the frontline of managing the flow of migrants.
Given that Prime Minister Modi announced a lockdown on March 24 but apparently did not alert the states (which might have helped them manage the migrant issue better), what should state governments be doing when movement restrictions are lifted?

On migrant workers, as I said, both the states and Centre have to respond in a manner that protects rights, recognises choice and restores dignity.

The starting point cannot be how to get workers to factories.

It has to be how to give workers choice and agency.

For those who want to go home, states must work together to find the means to do so.

And to incentivise return to work, universalise PDS, remove red tape so it is genuinely demand based, and initiate the process of building a portable social protection system.

On the role of states, I want to highlight an issue that hasn't been given the policy attention it deserves -- the role of local governments.

You cannot fight a disease as complex as COVID-19 without a carefully calibrated, localised response.

Each district, city, mohalla and village will experience the disease and its economic pressures differentially.

States across the country have recognised this.

But they need to be empowered.

Just as states are demanding fiscal support from the Centre, they too must finance and strengthen local governments.

At minimum, state should ensure that all committed funds under the 14th and 15th Finance Commissions are devolved to local governments.

They should also provide a COVID-19 specific untied grant to municipalities and Gram Panchayats. 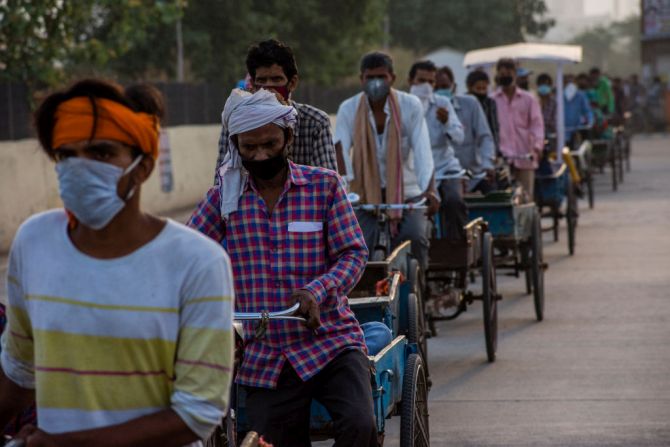 It could take months, maybe years, for the economy to be up and running. Can you suggest three things that the government must do immediately to facilitate this process, that go beyond throwing money at business via stimulus packages, debt moratoriums and hedges against bankruptcy?

First, ensure that all of India's informal workers and vulnerable populations are protected from hunger.

This means universalised food security (for six months, at least) and a more robust income transfer (designed by states in ways best suited to their contexts).

This necessitates building a portable social security system that allows migrant workers access to benefits from any part of the country on a war footing.

One positive fallout of the current crisis is that chief ministers have taken on financial responsibility for the citizens of their states, while their host state has been entrusted with providing benefits.

Domicile states are also experimenting with finding ways of delivering cash to their migrant populations through mobile apps.

These emergency responses need to be institutionalised and could serve as the basis for portability.

Third will be resourcing states in a manner that responds to state needs.

States are at the frontlines of this battle but they lack resources.

But this cannot be done in a business as usual manner.

The nature of COVID-19 outbreaks and response it commands will vary by state (and even district) placing differential financial needs, necessitating a decentralised fiscal response.

The Centre ought to use its fiscal powers to ease state financial constraints by converting its schemes in to untied block grants allowing states to deploy finances according to their perceived needs.

Additionally, at least for health and social protection schemes, remove the current 60:40 fund share ratio to 100 per cent central funding.

This must be supported by an institutionalised platform for deliberation and decision making with states, at the highest political level.

The Inter-State Council, one platform for this, should be revived urgently.

Some colleagues at the Centre for Policy Research and I have propose setting up an emergency council, within the fold of the ISC that enables dealing with covid-specific financing in a more decentralised manner than the current framework of the National Disaster Management Act allows. 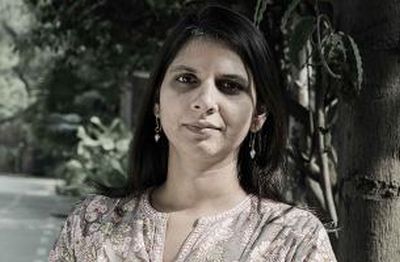 Are we now looking at a gradual withering away of identity politics, now that health, disease and the role of the State is the most discussed political issue?

Frankly, it is our collective failure as citizens to demand accountability for health that has allowed successive governments to get away with an under-resourced and underperforming health system (more people die of TB every day in India than our current total death count from COVID-19).

Our public system is so appalling that most Indians seek private care even when government systems provide free care.

This is the real tragedy.

It is the reality of this broken health system that legitimised the policy narrative that the world's severest lockdown, was our only option.

Despite the lockdown, I don't think we are doing anywhere near enough to ramp up our public health system and ensure preparedness.

I hope this crisis is a wake-up call.

But let's not forget the outbreak has occurred at a crucial political moment when India is battling to protect its foundational Constitutional values.

It is not identity versus health, it is a battle for preserving our Constitution and its values of justice, liberty and equality, in which health is inextricably link to the a critical right to life.