'Naxals, when they encountered our commandos on Sunday morning, fired first.'
'We gave them warnings to surrender, but they continued firing.'
'Ultimately, our commandos responded in self-defence and that resulted in the death of 37 Naxals.' 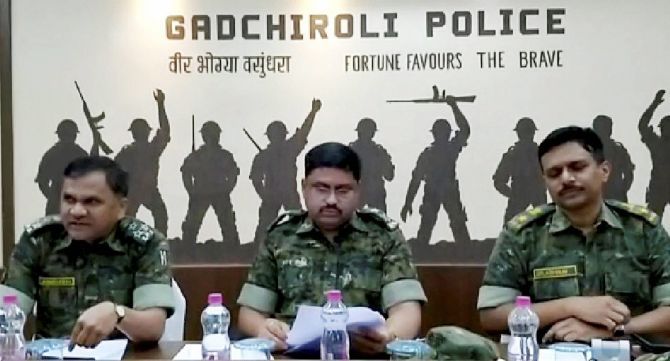 IMAGE: Superintendent of Police Abhinav Deshmukh and other police officers brief the media about the anti-Naxalite operation at Kasansur in the Tadgaon jungle in Gadchiroli, Maharashtra, on Sunday, April 22, 2018. Photograph: PTI Photo

Almost a year after the Burkapal massacre in Chhattisgarh's Sukma district on April 24, 2017, in which Maoists killed 25 Central Reserve Police Force jawans, C-60 commandos in Gadchiroli and jawans from the CRPF's 9th battallion gunned down 37 Naxalites in two different operations in Maharashtra's Gadchiroli district, which adjoins Chhattisgarh's Bijapur district.

On receiving intelligence inputs, 80 C-60 commandos and CRPF troopers engaged the Naxals near Kasnasur village near Bhamragarh on Sunday, April 22, and a day later at Rajaram Khandala jungle in Jimalgatta area on Monday.

"This kind of success is not possible by chance. We had planned for this operation after we received solid, on ground, human intelligence," Inspector General of Police, Anti-Naxal Operations, Sharad Shelar tells Rediff.com's Prasanna D Zore over the phone.

How big a setback is this operation for the Maoists in Maharashtra as well as in the adjoining states of Chhattisgarh and Telangana?

As we speak, the total death figure stands at 37, which is the biggest-ever successful anti-Naxal operation anywhere in India.

With the recent anti-Naxal operations Sironcha taluka was absolutely free of Naxals.

With the operation that Gadchiroli's C-60 commandos and the 9th battalion of the CRPF launched on Sunday and Monday, eliminating 37 Naxals, I can say that Aheri taluka is also free of their presence.

How big a boost are these two operations for the Maharashtra police as far as anti-Naxal operations are concerned?

Our C-60 commandos are highly motivated, dedicated and extremely physically and mentally pepped up.

What was the strength of the C-60 commandos and the CRPF jawans?

On April 22, we despatched two C-60 parties and one company of the CRPF's 9th battalion. Around 75 to 80 commandos belonging to the C-60 and the CRPF participated in the operation that took place on April 22.

Were these operations chance encounters while these jawans were on patrol or was it a planned operation based on intelligence inputs?

This kind of success is not possible by chance.

We had planned for this operation after we received solid, on ground, human intelligence.

There was specific information about the presence of Naxals in the area and our jawans were well-prepared to take on them.

Whenever we get such specific inputs/information, we study them carefully, analyse it threadbare and then plan out an operation.

In the days to come, if we get specific inputs we will continue to launch such operations.

But one must remember that our thrust is not to fire and kill Naxals.

Our thrust is and will be to continue to appeal them to join the mainstream.

The Maharashtra government has introduced a very nice surrender and rehabilitation scheme for the Naxals. 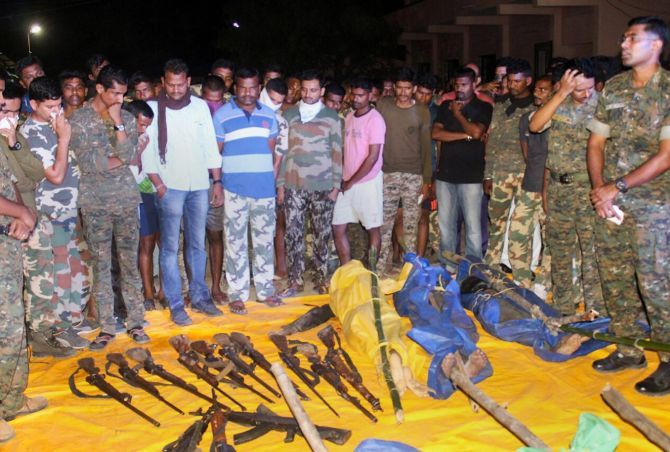 IMAGE: Security personnel display the weapons recovered from the Naxals killed in an encounter in the Broriya forest area of Gadchiroli, Maharashtra, on Sunday, April 22, night. Photograph: PTI Photo

Could you tell us something about how the operation took place?

Naxals, when they encountered our commandos on Sunday morning, fired first.

We gave them warnings to surrender, but they continued firing at our commandos.

Ultimately, our commandos responded in self-defence and that resulted in the death of 37 Naxals.

Two of the Naxals killed were divisional committee members Shrinu and Sainath and had a reward of Rs 20 lakh and Rs 16 lakh respectively on their heads.

While Sainath was named in 75 heinous crimes, Sinu alias Shrikanth from Warangal (In Telangana) was also wanted in major cases. 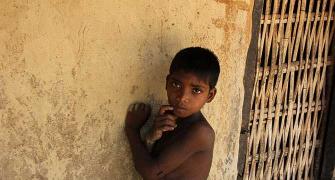 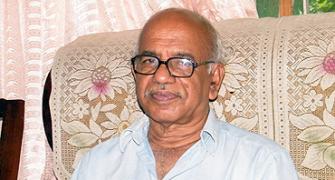 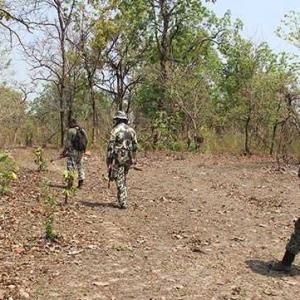