'Anyone opposing Mamata is arrested or tagged a Maoist' 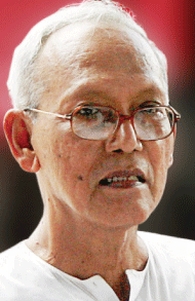 Termed as one of the main pillars of poribortan to side with Mamata Banerjee during her long struggle to oust the Left Front from West Bengal, educationist Sunanda Sanyal started having strong differences with her soon after the Trinamool Congress chief assumed the role of the chief minister.

Banerjee had requested Sanyal to chair the syllabus committee and the higher education committee. However, Sanyal resigned from both. According to sources, the octogenarian was unhappy over the state government taking various decisive steps without consulting him.

In a candid conversation with rediff.com's Indrani Roy, Sanyal explained why many intellectuals like him are disillusioned with the Mamata Banerjee government.

What led to the tiff between Mamata Banerjee and you?

I was given a coveted post and I thought I would enjoy some functional responsibilities. But to my dismay, I soon discovered that mine was just an ornamental post. I was expected to just adorn a particular chair. Several important decisions were being taken by the chief minister and her ‘trusted’ men without consulting me. It was extremely humiliating.

You were one of Banerjee’s main supporters during her struggle to oust the Left Front government. But she recently made some derogatory remarks about your involvement…

Yes, she is now bad-mouthing me and saying that we did not really do anything that helped her win the people’s mandate. Should I call her a liar or a turncoat? I am not sure.

During her dharna at Singur to stop the Tatas from setting up the Nano factory, I was sharing the dais with her. A senior journalist from Delhi had offered me money and asked me to stop supporting her. I turned down the bait and informed Mamata about it.  She then announced it over the microphone to hundreds of people who had gathered at Singur on that day. After this, Mamata had also planned to felicitate me for my contribution to her cause; I dissuaded her. Many around us heard this.

Was she lying then, or is she lying now? If I was so useless, why was she so keen about the felicitation? I am really confused!

What is the state of education in Bengal under the Trinamool Congress reign?

It’s in a shambles. The entire system is like a rudderless ship. No one knows what’s happening. There is no planning, no discipline.

Like any other government department, things are being run whimsically. It hurts to think that I, along with many others, had walked miles to bring in a change in the governance in this state.

What, according to you, is Banerjee’s main drawback as a chief minister?

She does not listen to anybody and runs everything as she wants. Whoever opposes her is either a Maoist or a Communist Party of India-Marxist cadre. It’s bizarre.

Take the case of Jadavpur University professor Ambikesh Mahapatra, villager Siladitya Chowdhury and the Presidency College student Tania Bharadwaj. All of them spoke the truth and drew her ire.

In recent times too, she unleashed her anger on the residents of Kamduni village in North 24 Parganas for standing up against a brutal rape. Mamata doesn’t realise that by taking such a stance, she and her party are getting isolated from the common people.

Some sane voice should recite to her Martin Neimoller’s famous lines:

You have often said the poriborton that Banerjee had promised the citizens of Bengal, never actually took place. . .

True. Nothing really changed. Mamata did not keep a single promise that she dished out as an Opposition leader. She is turning a deaf ear to grievances and voices of dissent.

Anyone opposing her is either being arrested or being tagged a Maoist. Law and order in Bengal has gone for a toss and criminals are getting political asylum at ease. Is this the change that we had sought?

Why has there been a rise in crimes across the state in recent times?

Whenever there is a political change in any place, the transformation is most definitive at the lower rung -- it is the criminals and the goons that cross over.

When the Left Front lost in the elections and the Trinamool came to power, these people simply changed their loyalty. Now, let’s not forget that the Left Front, despite its shortcomings, was a regimented party -- a quality which is non-existent in the TMC. Hence, the ruling party at present has no control over the hoodlums and they are creating havoc in the state.

Do you think the more the Trinamool Congress is criticised, the better it is for the Left Front?

This is true to some extent. The TMC came to power with a huge mandate, but its performance over the last few years has been far from satisfactory. It would not be right to say that the people of Bengal have turned into Left Front loyalists as a result of this, but there has been some dent in their love for the ruling party.

What do you think would be the fate of the TMC in the forthcoming rural as well as the Lok Sabha polls?

The Trinamool Congress is likely to lose a few seats, but then I am no psephologist.

Do you think there is a chance of the Left Front coming to power again in Bengal?

People of Bengal had decided to throw the Left Front government after decades. It’s too early for the Left to have regained people’s trust.

However, it goes without saying that people have not been particularly happy with the way things are functioning under the TMC regime. And as a result of this, if the Left Front government returns to power in the next assembly elections, it would be disastrous for Bengal.

What needs to be done to counter the TMC’s misrule?

Civil society needs to unite. Where politics fail, it is the civil society that assumes the power. The onus now rests on the people to be united and strong. No police can smother popular voice of protest.

I was amazed by the courage shown by the people of Kamduni recently. A couple of women there literally screamed at Mamata when she refused to listen to them.

Nothing can summarise the state of politics existing in Bengal better. 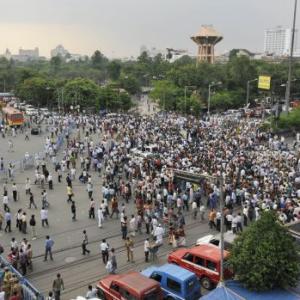 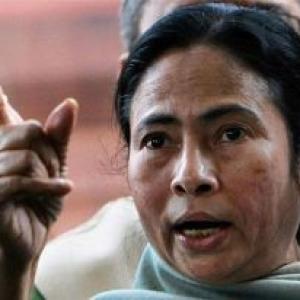