'If there is effective prosecution, only then we will get justice, but first let them (NIA) run the case honestly in court.' 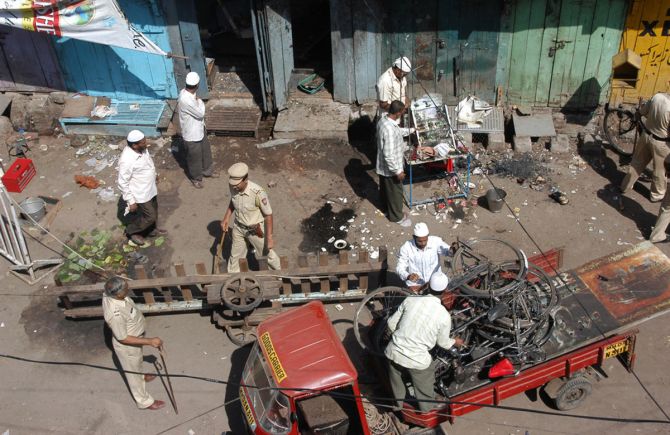 Photographs and videos of Bharatiya Janata Party member of Parliament Sadhvi Pragya Singh Thakur have emerged on social media showing her buying shoes from a store in New Delhi's Connaught Place and playing sports with youngsters.

Nothing wrong with it, except that she refused to attend the National Investigation Agency court hearings in Mumbai citing ill-health.

Sadhvi Pragya is one of the accused in the 2008 Malegaon blast case in which seven people were killed and 80 injured. She spent almost eight years in jail in the terror case before getting bail in 2017.

On Wednesday, December 1, Advocate Shahid Nadeem filed a petition in the NIA court in Mumbai requesting that the NIA obtain the assistance of Maharashtra's anti-terrorism squad in court during the trial.

Nadeem represents Nisar Ahmed Sayeed Bilal whose 20-year-old son was among those killed in the Malegaon blast.

Nadeem also sent a letter to the NIA superintendent in Mumbai with the same plea, and marked a copy of the letter to the Chief Justice of India as well of the Bombay high court.

In his letter, Nadeem argued that after eight witnesses turned hostile in the Malegaon blast case, the Maharashtra AT's intervention was necessary to prevent more witnesses from turning hostile in court.

"I have apprehension that this case will end up in acquittal like those of the Mecca Masjid blast, Samjhauta Express blast or Ajmer blast where witnesses turned hostile," Nadeem tells Syed Firdaus Ashraf/Rediff.com.

Two years ago you filed a plea in the NIA court requesting the Maharashtra ATS to assist the NIA in the Malegaon blast case. Why are you filing this petition again?

There is a difference now.

The court further told us that it has no power to call them.

Now, after two years, the situation is different. The court has examined 208 witnesses out of whom eight have turned hostile and the hearing is happening on a day-to-day basis.

So, we wrote a letter to the NIA superintendent in Mumbai stating that he must intervene and take help from the ATS, otherwise the Malegaon blast case outcome will be the same as in the Samjhauta Express, Ajmer blast and Mecca Masjid blast (cases) in which witnesses turned hostile and all the accused were let off.

But why are you writing this letter in anticipation that witnesses will turn hostile in future?

I told you eight witnesses have turned hostile in the last three months. I am attending court daily and I know what is happening. And therefore, I have apprehension that this case will end up in acquittal like those of the Mecca Masjid blast, Samjhauta Express blast or Ajmer blast where witnesses turned hostile. And the court let off all the accused in those cases.

How many witnesses are yet to be examined and how many have not turned hostile?

Why you think the ATS's intervention will help in this case?

All the witnesses in the Malegaon blast case are ATS witnesses. They recorded the statement of witnesses and not the NIA. NIA officers have no idea in what situation these witnesses's statements were recorded and what the consequences were there that time. The loopholes in this case can be pointed out by the ATS only and not the NIA.

This case was investigated by then Maharashtra ATS chief Hemant Karkare who was martyred in the 26/11 terror attack.

(Interrupts) The chargesheet which he filed, the court has accepted it. The court has not discarded his chargesheet. Now the present ATS chief can send his officers to court to assist the NIA.

But this case was handed to NIA in 2011 and since then the Maharashtra ATS has been out of it. Ten years is a long time. So why do you need the ATS?

NIA has not done the initial investigation. They have only filed a supplementary chargesheet in court. Today, there are two chargesheets in court (one by the ATS and one by the NIA) and the court has taken cognisance of both chargesheets.

NIA did a little investigation and after that they gave a clean chit to Sadhvi Pragya Singh Thakur. Rest all chargesheet of the ATS has been accepted by the NIA and therefore the case is going on against Colonel Shrikant Purohit, Sameer Kulkarni and Ajay Raikar. These all are the people apprehended by the Maharashtra ATS.

Justice Ranjit More said in his bail order that prima facie there is no case made out against Sadhvi Pragya Singh Thakur, isn't it?

The case against the rest of the accused was made out. Moreover, Sadhvi Pragya was only given bail and not discharged. She is facing trial even today.

The conflict in this case has been there from day one because the ATS investigated this case from one viewpoint and angle which was not taken into account by the NIA when it started investigating, isn't it?

Whatever their viewpoint or angle the fact is the court has accepted the Maharashtra ATS's investigation into the Malegaon blast case. The trial is going on according to the chargesheet of the ATS.

The court has recorded only 10 witnesses of the NIA against Sadhvi whereas other 500 witnesses against Sadhvi was recorded by the ATS. NIA did further investigation in the Malegaon blast case and filed 50-60 pages of a supplementary chargesheet. There are thousands of pages of chargesheet filed by the ATS on which the Malegaon blast trial is going on.

What is going on in court right now in the Malegaon blast case? 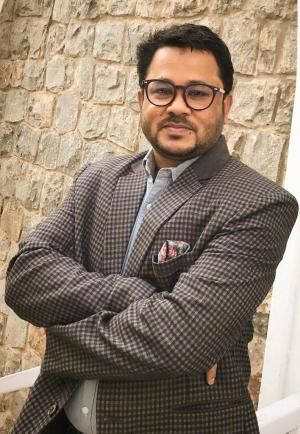 Daily hearing is going on. Some 208 witnesses have been examined out of which eight have turned hostile. Now, we have apprehension that more witnesses coming in this case will turn hostile in future.

What about the other 200 witnesses? Didn't they turn hostile?

These witnesses feel that the ATS is not coming to court and they are not being watched so they can say what they want as nothing will happen to them. And this will surely impact the trial in Malegaon blast.

Public Prosecutor Rohini Salian in an interview to a newspaper in 2015 said that NIA officers told her to go soft on accused Sadhvi Pragya. Can you comment on it?

Now when the trial goes further the court will decide whose investigation is right (NIA's or ATS's).

What about images of Sadhvi Pragya on social media after she told the court she was unwell to attend the hearings?

That is not my concern. Let her do what she wants. My only concern is that the trial should go in the right direction in court. And, I have made my statement in the court.

I am a victim and I want a fair trial. And a fair trial will take place only when the ATS comes to court and helps the NIA.

Having said that, it is possible that the NIA does not want to take help from the ATS.

They are two different investigating agencies.

Different investigating agencies, but the chargesheet of both the agencies have been accepted by court.

How will taking help from the ATS help the NIA? What will change?

ATS did the initial investigation and all the panchnamas are written in Marathi. The NIA is a central agency and we don't know whether their investigating officer knows Marathi.

If there are mistakes or loopholes happening from the prosecution side in the case, then it is only the ATS that can help the NIA prosecutor.

We want an effective trial. We don't want a time-pass trial of the Malegaon blast.

We don't want this trial to end like that of the Mecca Masjid, Ajmer Dargah blast and Samjhauta Express trial. All the accused in those cases too were from the same radical Hindu ideology and they were let off.

How many witnesses turned hostile in those cases?

The trial court said in its observation that because of the inability of NIA we are acquitting the accused.

Therefore, we have apprehensions that the same thing must not repeat in the Malegaon blast case.

In those cases, victims were not keeping a proper watch on the case, but here in this case we are keeping day to day watch. Therefore, we have requested the superintendent of NIA to take the help of the ATS because they are relying on their chargesheet in the court.

There can be only one prosecutor in the court and we are not even demanding another prosecutor. We are just saying that those investigators from the ATS who cracked the case, please take their help in court. They can ask those ATS investigators why witnesses are turning hostile in the case, NIA can find out.

If there is effective prosecution, only then we will get justice, but first let them (NIA) run the case honestly in court.

Do you mean the NIA is not running this case honestly in court?

Yes, therefore eight witnesses have turned hostile in the Malegaon blast case. And if the case continues in the same manner, more witnesses will turn hostile.