‘The past year has brought a bad name to the promise of alternative politics.’ 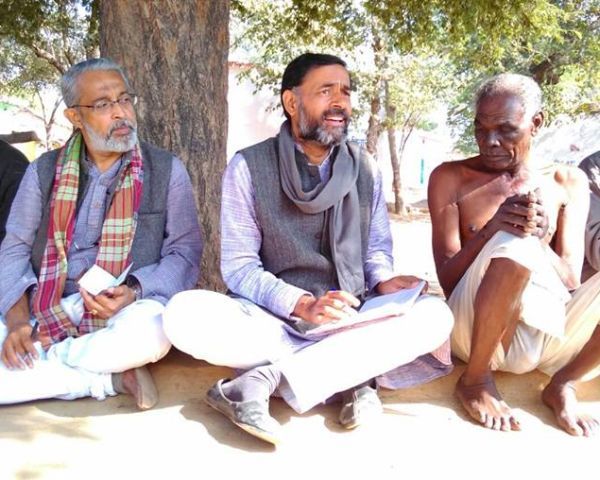 Shortly after the Aam Aadmi Party came to power in the metropolis of Delhi with an overwhelming mandate on the promise of citizen-centred governance, two prominent faces on its apex tier were expelled for dissidence. One of these, psephologist  Yogendra Yadav, talks with Archis Mohan on the year since.

AAP came to power on the promise of radical change. How do you view its transformation into a party of governance?

There can be two opinions about the performance of the government. One should take a more charitable view of a new government in its first year in office. But, there cannot be two opinions about whether this party has lived up to its promise of transforming the business of politics. On that score, the past year has been a complete letdown, what with Narendra Tomar, Somnath Bharti and other ministers caught in financial corruption. There is doublespeak on the Lok Pal and an obscene budget for self-advertisement. Not to speak of verbal corruption in political speech. The past year has brought a bad name to the promise of alternative politics.

AAP’s leitmotif was fighting corruption. Now, the Delhi chief minister says he no longer controls the Anti-Corruption Bureau, suggesting his hands are tied as far in taking action on the corrupt.

There is no doubt that the Bharatiya Janata Party central government has tried to obstruct the working of the AAP-run city government. However, it is also evident that the AAP government relishes it as a perfect alibi for not delivering on its promises. If this government can spend energy into investigating corruption charges against Delhi and District Cricket Association, surely it can do the same to its own officers and ministers.

You surely don’t need high level officials to investigate continuing corruption of the ration mafia and the water mafia. Surely, no one is forcing this government to appoint ministers with tainted reputations.

AAP had promised swaraj or decentralisation as a paradigm shift in the business of governance.

That was the most radical and attractive promise, that power could be taken away from ministers and bureaucrats, and given to people through mohalla sabhas (locality assemblies). Unfortunately, we don’t hear anything about the Swaraj Bill, which we are told was nearly ready during AAP’s 49-day government in 2013. Has the government had second thoughts about letting go its powers? It was amusing to see the government hold mohalla sabhas on the odd and even (car plying) scheme but not on increasing the salaries of MLAs.

You were a fellow traveller of AAP, as well as one of the initiators of the promise of alternative politics. What changes would you like to see in AAP as it prepares for the Punjab elections and the Delhi civic elections?

One year is too short a time to come to a final conclusion. I continue to hope that this party can come back to its original vision and provide a model of governance that the country desperately needs.

I continue to pray for its success, for it is not merely a matter of a party and the city of Delhi. Millions of ordinary Indians had hinged their hopes of alternative politics on this experiment. Its failure could contribute to cynicism, which is dangerous for democracy.