''Dadri was an extension of the cultural fascism happening in the country.'

'All the people in the country suffered under the Emergency, but now we see one community trying to crush the other community. Do they know what is brewing in the minds of the other side? What is happening today can lead to a very dangerous situation in the country.'

'We have lost religious tolerance in today's India.'

Writer Sarah Joseph on why she returned her Sahitya Akademi Award. 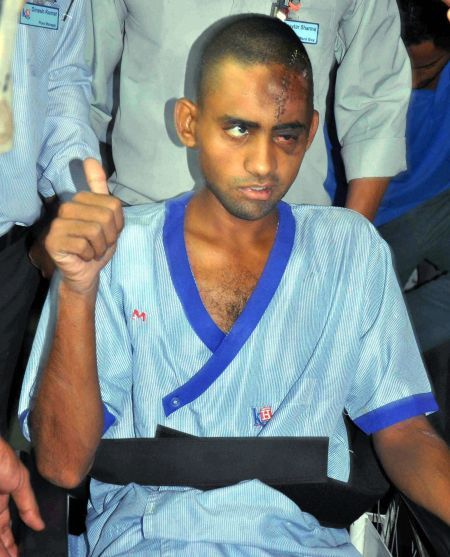 Sarah Joseph, the Sahitya Akademi Award winner, was the first writer from Kerala to return her award in protest against the Dadri lynching.

Joseph, below, right, was a Malayalam professor and always considered a politically and socially active writer. When the Aam Aadmi Party was born, she was one of the prominent intellectuals to join the party. She contested the 2014 parliamentary election, but lost.

Joseph tells Shobha Warrier/Rediff.com why she chose to return the Sahitya Akademi Award.

Nayantara Sahgal, Shashi Deshpande and you were the first writers to protest by resigning from the Sahitya Akademi Council and returning your awards. Was the Dadri incident the reason behind you returning the award?

It was not the Dadri incident alone that prompted me to return my award. Dadri was not an isolated incident; it was an extension of the cultural fascism happening in the country. I would like to call it cultural Talibanism and not just fascism.

It all started in 2013 with the murders of Narendra Dabholkar and Govind Pansare; writers who had different opinion. The latest victim was M M Kalburgi, an excellent writer and human being from Karnataka. Now, there is this threat on the life of writer Bhagawan. A writer like Perumal Murugan was asked to withdraw all his books.

What is more painful than that for a writer?

Ghulam Ali was not allowed to perform in Mumbai because he was a Pakistani.

More heinous and unpardonable was the lynching of an innocent man because somebody thought he had stored beef in his house.

Added to all these are the offensive and crude statements against a certain religious community by some members of the ruling party.

If you remember when the BJP (Bharatiya Janata Party) came to power, there were several attacks on churches though they claimed they were never behind the attacks.

If you look at the number of attacks on the minorities, it is only going up and not coming down.

Is your protest against the Narendra Modi government or the Sahitya Akademi?

Only after the President reacted that he quoted him, that too, nine days after the incident.

Even then, did he directly speak about the Dadri incident? As a part of the Bihar election campaign, he spoke in passing about the incident. Is this what we expect from a prime minister who speaks eloquently on all issues?

The Akademi should have done so many things condemning Kalburgi's murder, but there was not even a condolence meeting or a message condemning the murder.

The Sahitya Akademi is a cultural and literary organisation and now it is under the BJP government. Though it is supposed to be an autonomous body, the funds come from the government. The appointments of administrators are also done by the government. 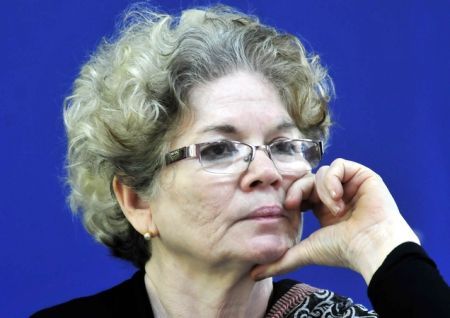 Have all previous governments been doing this?

I agree all governments install their people in the institutions like the Sahitya Akademi, the Sangeet Natak Akademi, the Lalit Kala Akademi, etc. That is why when the government changes, either the members resign or they will be replaced by the new government's nominees.

But the general rule is whenever there is a change in the government, we see the administration of the institutions also changing. This happens both at the Centre and the state.

Today, we see that an Akademi that should have been there for writers and languages, has become a stooge under the government. This is how so many writers feel today.

When you decided to return the award, was it the writer in you or the politician in you that protested?

When the other person loses his freedom to express himself, eat what he wants and live as he wishes, even if I have all this freedom, I will not consider myself living in a free India.

We have lost religious tolerance and secularism in today's India.

You said the situation today is worse than the Emergency.

The Emergency was a bad period in the history of India. None of us will praise those days. But the Emergency happened because of a dictator and what we see today has communal colour. All the people in the country suffered under the Emergency, but now we see one community not only trying to crush the other community, but even murdering them.

Today, they are indulging in such heinous acts. Do they know what is brewing in the minds of the other side? Do you think they will sit quiet? What is happening today can boomerang and lead to a very dangerous situation in the country.

The question that was asked by many to Nayantara Sahgal was why she didn't return the award when thousands of Sikhs were butchered in 1984...

I want to ask, who suffers when a writer returns his/her award? It is the writer's loss and nobody else's. People tell me that I should not show disrespect by returning the award. My book Alahayude Penmakkal has won around 12 awards, but the Kendra Sahitya Akademi is my favourite award. And if I am returning my favourite award, I must be feeling awful inside; still I am doing it.

In a way, this protest has no violence in it; only suffering and it is only mine and nobody else's.

The other day Chetan Bhagat asked those writers who returned the awards whether they would return their degree certificates and passports if they do not like what a government is doing.

I haven't heard his comment, but if he spoke that way, I feel it is a very irresponsible statement.

Do you feel the influence of writers had on society has waned of late?

I agree that today, writers do not have the same kind of influence yesterday's writers had. Those who influence society are film stars and such celebrities. With people who have no deep knowledge commenting on serious issues, society also looks at issues in a superficial way.

Those were the days when books and words dominated our lives, and there was no other distraction. There was no visual medium to distract people from reading though serious readers were few even then.

With the advent of social media, everybody is a writer and everybody expresses his/her views.

Do you agree with what Shashi Deshpande wrote -- that writers are not doing their duty properly. Is it because they are no longer unbiased or independent?

Their silence is scary. I agree that they are biased and most of them are part of some political party or the other.

In your case, after you joined the Aam Aadmi Party, did the party's political beliefs affect the writer-activist in you at any point?

Never. I will never be part of a political party that will stifle the writer and writer's freedom in me. So far, I have not had any such experience and if at all it happens, I will have no problem leaving the party.

The only reason why I am with the AAP is because it is an open house. Even now, when I decided to return my award, the party's central leadership only appreciated me.

Before Narendra Modi came to power, many writers said he would be a dictator. What is your opinion of him now?

I remember U R Ananthamurthy now. He said he would leave the country if Modi ever came to power. It is another matter he left the world itself. But how prophetic were his words! He had this prophetic vision to see what would happen if a person like Modi came to power.

Ever since Modi came to power, we see his followers following a dangerous path. On one side, he goes all around the globe talking about development while the hardcore elements in the party indulge in all these fascist activities.

Modi has not yet uttered a single word against anyone and not shown any communal agenda, but he silently supports the hidden fascist activities.

Do you think the government will wake up now?

I have no hope in the government waking up.

IMAGE: Danish Akhlaq, whose father Mohammad Akhlaq was lynched by a mob in Dadri. Danish suffered grievous injuries and has now been admitted to an army hospital in New Delhi. His elder brother Sartaj serves in the Indian Air Force.