'Ensuring through diplomatic means and in conjunction with strategic partners that India will not be required to fight a simultaneous two-front war with China and Pakistan.'
Brigadier Gurmeet Kanwal (retd) lists what India must have in its national security strategy. 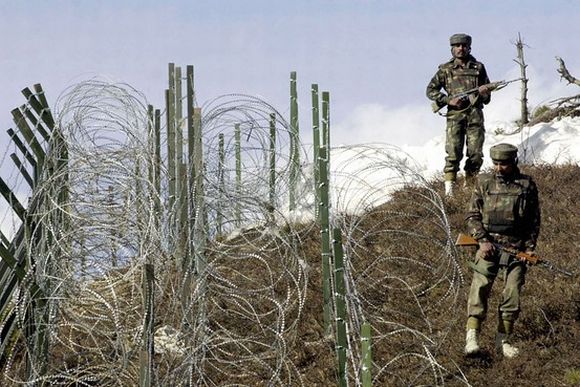 Hence, the primacy of national interests in the formulation of national security strategy is unquestionable.

According to Hans Morgenthau, 'The meaning of national interest is survival -- the protection of physical, political and cultural identity against encroachments by other nation-States.' National interests may be defined as 'the claims, objectives, goals, demands and interests which a nation always tries to preserve, protect, defend and secure in relations with other nations.' These are classified as vital or survival interests and other interests.

The US defines 'vital' interests as 'those of broad, overriding importance to the survival, safety and vitality of our nation. Among these are the physical security of our territory and that of our allies, the safety of our citizens, the economic well-being of our society, and the protection of our critical infrastructures… We will do what we must to defend these interests, including, when necessary and appropriate, using our military might unilaterally and decisively.'

Clearly, vital national interests must by definition be defended by applying military force if it becomes necessary. India's vital national interests would include the following: The security of Indian territory on land and sea and that of Indian airspace; the protection of Indian citizens; the security of India's energy sources, refining facilities and merchant vessels engaged in transporting oil and gas and trade; a peaceful and stable internal and external security environment for unhindered socio-economic development; and, the protection of critical infrastructure against physical disruption and cyber-attack.

Other major national interests comprise the following: An egalitarian world order that is rules-based and promotes free trade and security of the global commons through international cooperation; and, the promotion of democracy and respect for universal values at home and around the world.

The government should appoint a study group to deliberate over the important issues of national interests and national security objectives and recommend a national security strategy for consideration by the Cabinet Committee on Security. The exercise should be steered by the National Security Advisor.