News
Business
Movies
Sports
Cricket
Get Ahead
Money Tips
Shopping
Sign in  |  Create a Rediffmail account
Rediff.com  » News » Why India must take care of its farmers

'I sighed, wondering what we'd eat if all farmers took jobs in the city and all their fields degenerated into land for sale,' notes Geetanjali Krishna.
Illustration: Uttam Ghosh/Rediff.com

The other day, we found ourselves in a field of carrots and radish, somewhere in the boondocks of Rajasthan.

My brother's citified kids had never seen any growing, so we decided to stop.

The amiable farmer was happy to let us uproot some and we revelled in the chocolatey richness of earth on our hands and the gargantuan size of the vegetables.

The field had been beautifully multi-cropped — every inch of it was planted with carrots, radish, fennel, mustard, marigold, spinach and coriander.

When I told him I too had a vegetable garden on my balcony, but my harvest wasn't half as healthy and bountiful as his, the farmer smiled. "I always feel plants must feel so lonely planted separately in pots, compared to when they are planted in a large field," he said.

"They have no brothers and sisters to grow up with or neighbours that help them grow."

Before I knew it, I was deep in conversation with the farmer, marvelling at his store of practical knowledge.

As we walked around, I marvelled at his clever use of water channels, designed to flow throughout the field as soon as the pump was turned on.

"I never need to use pesticide," he said. "The plants look after each other,"

I asked if we could buy some, and the farmer said we could take what we liked at Rs 10 per kilo.

We happily bought a carload of vegetables, and I asked the farmer where he normally sold his produce.

The wholesale vegetable market in Alwar, he said, wasn't very far from his fields. "I load the produce in a bullock cart and take it there," he said.

Presently, as there was a glut of carrots and radishes in the market, farmers like him were being forced to sell their produce for prices as low as five rupees a kilo.

Perhaps, I suggested, he'd be better off selling his produce in markets closer to Delhi, where I bought carrots at Rs 30 per kilo.

He looked incredulous: "Do you know how far it is? I'd have to rent a tempo to ferry my produce which would cost as much as the price I'd get for it in the wholesale market!"

For people like him who had no means of transport other than bicycles, the 100-odd kilometres to Delhi seemed as far as the other end of earth.

The conversation got me thinking about the plight of Indian farmers, who are far removed from their market and altogether too dependent on the vagaries of the monsoon as well as the wholesale market.

They receive a mere fraction of the eventual price we pay in Delhi, for the things they have grown -- which is ironic at a time when food security has become a matter of global concern.

Moreover, as I jotted down the recipe the farmer's wife gave me for a lemon pickle with fresh fennel seeds (a surefire treatment for indigestion, she averred) I realised that these repositories of our traditional food and farming wisdom were likely to die if somehow agriculture weren't made more commercially viable for people like them.

The farmer had two sons, and I asked what they did, even though I somehow knew what he was going to say.

"They both work in Delhi," he said. "Farming isn’t for them, they say!"

He looked around at the lush field and sighed: "After I die, they’ll probably sell this land to a property developer."

I sighed too, wondering what we'd eventually eat, if all farmers took jobs in the city and all their fields degenerated into land for sale. 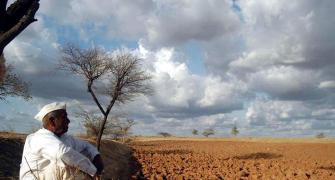 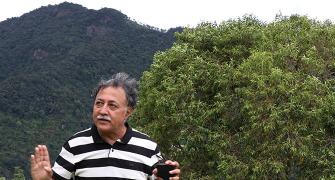 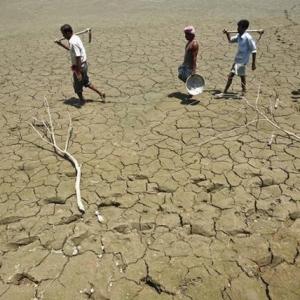