News
Business
Movies
Sports
Cricket
Get Ahead
Money Tips
Shopping
Sign in  |  Create a Rediffmail account
Rediff.com  » News » Why does the govt want to get rid of brigadiers?

'Let us not, with all our drive for modernisation of the armed forces, send the forces to battle this time with second rung leadership,' says Brigadier S K Chatterji (retd). 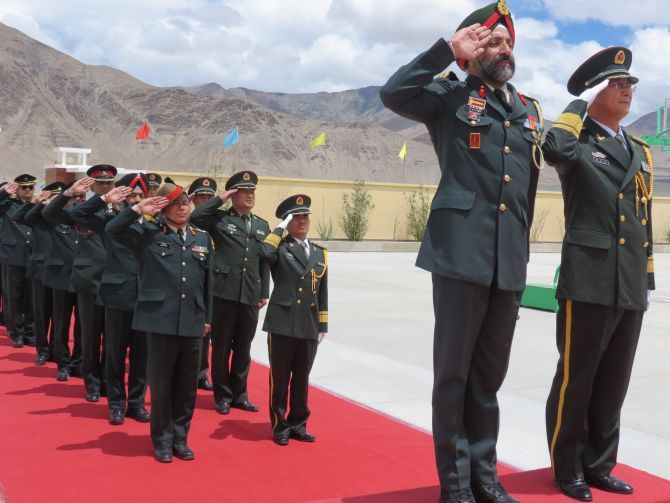 IMAGE: An Indian Army brigadier and a People's Liberation Army senior colonel take the salute in the Daulat Beg Oldie area along the Line of Actual Control in the Ladakh sector of Jammu and Kashmir. Kindly note that the image has been published only for representational purposes.

A bolt from the blue hit serving officers and veterans of the armed forces alike, with lead articles in many newspapers announcing the possibility of the government abolishing the rank of brigadiers in the Indian Army.

According to these articles, officers are to be promoted directly from the rank of colonels to the rank of major generals.

We have in the past done something similar though that move had lesser TNT packed in it. It was abolishing the rank of 2nd lieutenant. It was to put the army's hierarchical model more at par and in alignment with the civil services model.

The military model had 10 ranks in the upward mobility ladder staring with the 2nd lieutenant at the bottom to a general on top. The civil services have a six rung model.

It was done to ease equations of pay and allowances between the civil services and the armed forces. The exercise has not led to any benefit for easing of functional equations.

Though such a proposal being offered or accepted by the army is unimaginable, it is necessary to provide some insight into the ramifications of such a move.

The Indian armed forces could in the foreseeable future operate in a multi-national environment even if it comes to hot war.

The fact that we participate in exercises with the forces of many countries is to enhance inter-operability with these countries.

There are, of course, a few that are undertaken for cosmetic reasons, without any joint military capability building being an objective, like exercises with the Chinese.

But, even in such odd cases, intero-perability may be required for combined deployment in anti-terror or anti-piracy operations.

Imagine a scenario where each country deploys a brigade and the Indian brigade is commanded by a major general. His compatriot will necessarily be more involved with protocol issues rather than running a smooth exercise. He will also detest the experience.

We will possibly reach a stage where the equation between the two commanders is a hugely mixed experience and we end up as laughing stock.

Unlike every other rank, a brigadier is associated with the command of a brigade by virtue of the nomenclature of the rank.

To put a general in command of a brigade would be anathema for anybody steeped in military culture.

I am not aware of such practices in any regular army. Yes, in certain insurgent organisations, ranks are bestowed on individuals, and a brigadier could be commanding 20 to 30 men perhaps. But that is about the limit, done more to satiate the dreams and fantasies of an insurgent.

The Chinese army does not have the rank of brigadier. However, they have a colonel and a senior colonel as a formalised rank structure to cater for officers commanding a brigade.

More than a decade back, we thought of addressing the lack of promotional prospects in the army by upgrading the command of a battalion to a colonel from a lieutenant colonel.

In spite of the fact that certain countries do have colonels commanding units; if not all battalions at least some nominated types of units or specialised ones; it has led to problems.

Protocol issues are faced by our unit commanders when they interact with their compatriots on UN Missions. However, that is an act already done and dusted. It can't be reversed because of the huge impact it will have on officers holding that rank who today number the maximum as tenants of any single rank.

Such exercises as doing away with a particular rank in the armed forces are driven inevitably by the need to align military ranks with grades in the civil hierarchy.

The Indian Army has nine ranks today against the six such designations in civil services.

The answer to the problem cannot be found by abolishing a few ranks from the military hierarchy. It would be more sensible to club a few army ranks as equivalent to a designation in the civil ranks.

The basic factor that needs to drive the argument is of service officers being equated at par with IAS and IFS officers for pay, perks and equivalence based on years of service.

Officers with the same length of service need to be equated as equals subject to having cleared promotion boards in their own streams.

A brigadier and a major general would also be at par with a joint secretary, depending upon the criterion of years of service required to be an additional secretary.

It would be prudent to mention here that we have brought down the status of service officers, repeatedly. In the recent past there was an attempt to equate them with Class B services too.

The Indian Army is hugely officer driven. It is quite unlike the American army that relies heavily on its sergeants.

Our army's performance will depend heavily on the quality of young men and women who join the officers corps.

In 1962 we sent an army without adequate weapons to fight the Chinese and lost a war.

Let us not, with all our drive for modernisation of the armed forces, send the forces to battle this time with second rung leadership.

Technology ingress in the battlefield in any case calls for the best boys to be inducted into the armed forces to optimise combat potential.

There is an old saying: 'An army is as good as its officers are.' 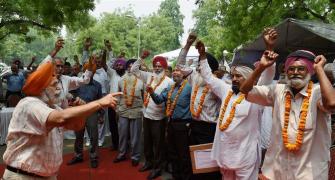 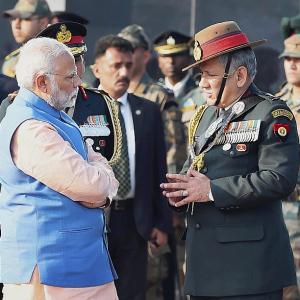