It is undermining Pakistan's struggling democracy by shutting down free speech and political expression in the name of a ruthless ideology disguised as religion.

The murderers left pamphlets at the scene of the crime, explaining that they killed Bhatti because of his opposition to the controversial blasphemy laws, which are often misused against Pakistan's religious minorities.

Some Pakistani officials had sought to argue that the murder of Punjab Governor Salman Taseer at the hands of his own security guard in January was an anomaly and unreflective of broader societal trends. They were wrong.

I was in Lahore, Pakistan, two weeks ago, and it's clear that the thin layer of liberal thinkers in Pakistan is getting thinner by the day. Academics and moderate politicians express fear about the current situation in the country and a sense of not knowing what's coming next.

The case of Raymond Davis, the American embassy officer who is accused of killing two Pakistanis in late January, has energised the religious political parties in the country.

They carry out regular protests shouting 'down America' and are beginning to tie the issue of support for blasphemy laws with that of the jailed American.

The rapidly developing political dynamics in Pakistan are a dangerous witch's brew that could portend a significant shift in Pakistani politics to a regime that is more insular, less engaged with the international community, and more repressive toward its own people.

There are signs that the opposition Pakistan Muslim League-Nawaz party may seek to exploit the Davis case to its political advantage.

Last week the party dismissed all the Pakistan People's Party leaders from the Punjab provincial cabinet, which it controls. This signals that the PML-N may be preparing to make a power grab for the centre.

Riding on the coattails of public anger over Davis would spell disaster for the future of US-Pakistan relations.

The rising tide of extremism gripping Pakistan -- as evidenced by the assassination of the second top official in Pakistan over the blasphemy issue in the space of less than two months -- demands that the civilian leaders of Pakistan who still value the principles of democratic governance stand together to keep the country from lurching further toward lawlessness and instability.

The author is Senior Research Fellow for South Asia at the Asian Studies Center at The Heritage Foundation. 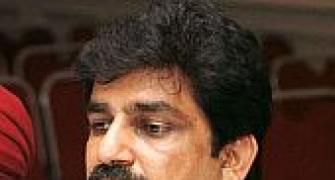 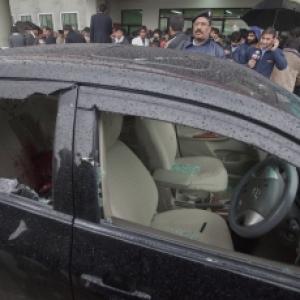 Pakistan is a State governed by fear