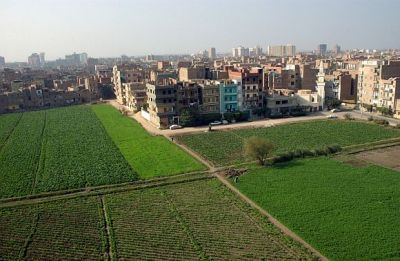 'A picture has been created that the government is anti-farmer, which is absolutely wrong,' argues BJP MP Bhupender Yadav.

The Right to Fair Compensation and Transparency in Land Acquisition, Resettlement and Rehabilitation Act 2013 was recently amended vide an ordinance dated December 31, 2014 which is now placed before Parliament for discussion.

The amendments were subject to great scrutiny as well as criticism from various quarters. This article is an attempt to discuss how the amendments remove some of the grave shortcomings in the 2013 act and are actually the need of the hour.

The 2013 law was enacted with the good intention of bring transparency in land acquisition, just and fair compensation to affected families and to do away the infirmities of the earlier Land Acquisition Act.

However while doing so some shortcomings still remained in the Act and the present ordinance is a step to cure such shortcomings, whereby the persons affected by the acquisition will be more beneficial.

The first flaw in the 2013 act was in Section 105 whereby land acquisition under 13 Acts mentioned in the 4th Schedule were exempted from applicability of the Act. The government has by way of the present ordinance sought to make the Act of 2013 applicable to the 13 Acts which were previously exempted, to the extent that, in case of an acquisition under any of the 13 Acts, determination of compensation would be as per Schedule 1 rehabilitation and resettlement as per the Schedule 2 and infrastructure amenities as per the Schedule 3 of the act of 2013.

Such an amendment would create a balance between development and compensation and can in no way be interpreted to the anti-farmer.

It should also be kept in mind that land acquisition is a sovereign power of the State and for the sake of development and greater public good lands are required for projects like hospitals, educational project etc often on an immediate basis.

Also, one should understand the absence of sustainable development around villages and small towns is a major reason for displacement of large numbers of families from these places to bigger towns.

Therefore, the ordinance aims at providing a more simple acquisition process aimed at the development needs of India and at the same time ensuring that land owners, who lose their land are adequately compensated.

The ordinance keeps in mind that villages would be greater beneficiaries of development and as such attempts to strike a balance between fair compensation to landowners and farmers and the development around their villages.

The government has taken all precautions before the amendments were proposed and though they simplified the acquisition process for some projects like defence, national security, rural infrastructure, electrification, affordable housing, industrial corridors where linear land is required, only if found by the government to be in the public interest.

Therefore, the fear which has been created in the minds of farmers about arbitrary acquisition and compensation on lower side is misconceived and misleading.

The other amendment is with respect to return of un-utilised land. The same has also been misunderstood by the public at large without even looking into the amendment. It simply provides that in cases where the gestation period of the project on the acquired land is more than five years such as dams, highways etc then provision of returning back the land should apply after such period only.

This amendment can in no way be considered as anti-farmer.

We are living in a country where still much development is required and on the other hand we have to see that farmers would not adversely effected by such development, rather they should be part of it and also become beneficial from such development and for that proper balance should be maintained.

A picture has been created that the present government is anti-farmer, which is absolutely wrong and created on the basis of misinformation and poor farmers are mislead. Prime Minister Narendra Modi has made an appeal in Parliament that the government will considerate positive suggestions on the bill and is looking for consensus among lawmakers and affected parties. One should read the contents of the ordinance carefully before coming to any conclusion.

Bhupender Yadav, a BJP Rajya Sabha MP, was a member of a committee to collect farmers' views on the land acquisition law.