'The goal seems to be that we do not invest further in our system to make our system more accurate and more reliable or more global in reach,' an ISRO source tells Shivanand Kanavi. 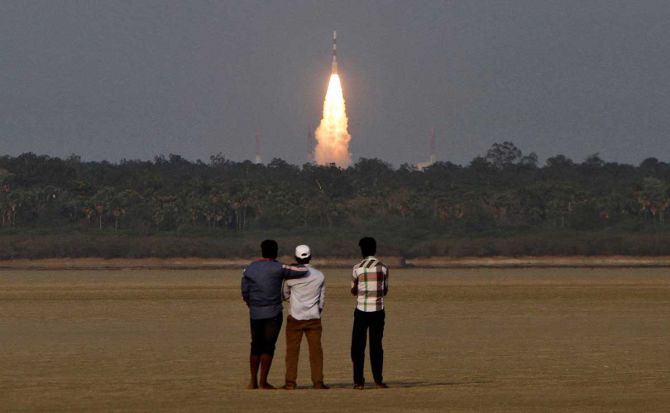 Today GPS (Global Positioning System) is being used extensively in India and all over the world.

It is used to find your way to a destination using your smart phone maps anywhere in India; it is used by airplanes and ships and even fishing boats to navigate the vast seas and the sky safely and accurately.

But the signal for this military use is encrypted and is only available to the owners of these systems and their close allies if the owners choose to do so.

Even among 'allies' there is always the danger that the signal could be corrupted or turned off at a crucial juncture, thereby crippling the 'ally''s military capability.

That is why all major powers develop their own navigational system.

India and the US signed a new defence agreement called BECA (Basic Exchange and Cooperation Agreement for Geo-Spatial Cooperation) on Tuesday.

The US has been pushing for this agreement along with others for over a decade.

It will make selling US military hardware easier to India.

There has been opposition to signing this agreement from within India for over a decade because while the US is supposed to provide accurate GPS data to India, in return India is supposed to exchange maps, charts and data to the US which can compromise Indian defence to the US military.

Using border tensions with China and dreams of targeting terrorist camps in Pakistan, the agreement has been pushed by the present government in India.

It is noteworthy that India has planned such a Satellite Navigational System since 2010.

The system would give accurate positioning for not only the vast Indian subcontinent, but almost the entire Indian Ocean region from the east coast of Africa to South East Asia.

The system was developed partly because access to foreign government-controlled global navigation satellite systems is not guaranteed in hostile situations.

Thus, the goal of the IRNSS was to not only to serve the commercial market in India and surrounding countries, but also make the Indian military 'Atma Nirbhar' as far as the important object of accurate targeting of weapons.

Six satellites of NavIC are already in orbit and functioning and five more are planned to be launched.

The commercial service has already started and the military part of it is being tested.

According to a senior ISRO source, who spoke on condition of anonymity, "The only advantage the US system has over the IRNSS is that US has a long experience of operating such a system and actively using it for targeting its missiles and drones all over the world including our neighbourhood. Whereas we have just started setting it up.

"Other than our lack of experience, the US data would not provide any greater accuracy than what NavIC is capable of."

"Moreover, always such offers have been made to us by other powers only when we have developed our own system independently through our resources."

"The goal seems to be that we do not invest further in our system to make our system more accurate and more reliable or more global in reach."

So should we celebrate this literal manna from the heavens, as the government wants us to believe, or should we be apprehensive? 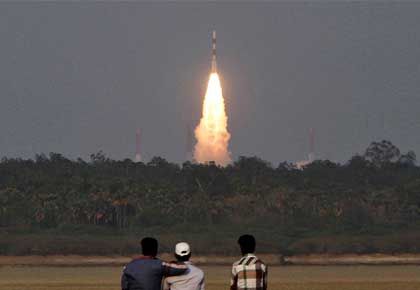