'Despite many advising me otherwise saying "nothing will come of it", I refused to be cynical and dialled the number that had been staring at me from billboards aross the state,' reports Keya Sarkar.
Illustration: Uttam Ghosh/Rediff.com 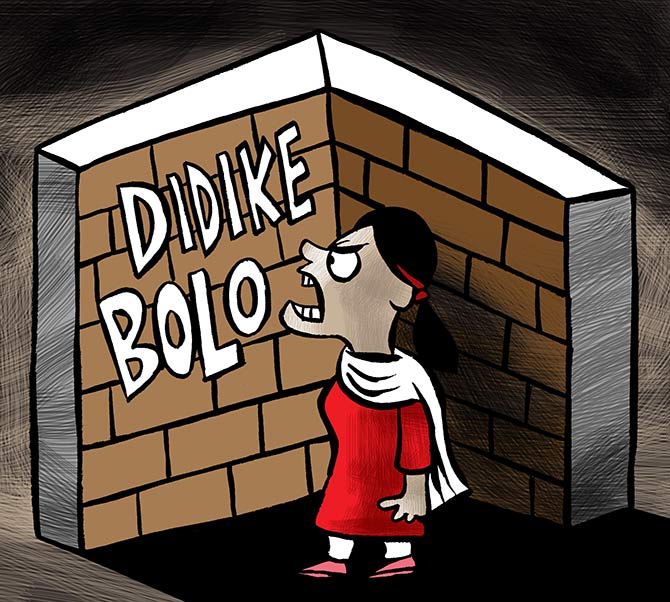 Our house in Santiniketan is bordered on one side by the railway track that runs from Kolkata to north Bengal.

Beyond that there is a bustling township called Makhdumpur that shares little in terms of profile of residents or their enterprises with Santiniketan which is in most part a university town.

Though we knew of the existence of a temple across the rail track we never gave it much thought till recently when it started blaring tuneless kirtan over the loudspeaker at 5 am for half an hour and at 7 pm for an hour.

Our first response was to complain to our local police station (which has even set up a helpline for senior citizens).

Their first response was that they cannot do anything because the temple did not fall under their jurisdiction.

On second thought they said, we should come back after November 11 for a discussion because till then they were busy with bandobast for the President's visit to the university for its annual convocation.

It was then that I had the idea of didike bolo or 'tell didi' -- a campaign which West Bengal Chief Minister Mamata Banerjee has been running to address grievances of citizens.

The idea has been attributed to Prashant Kishor, the man who is helping Banerjee for the 2021 assembly polls.

Despite many advising me otherwise saying "nothing will come of it", I refused to be cynical and dialled the number that had been staring at me from billboards aross the state.

I was greeted by a very pleasant voice who took down my name, location, my educational qualification, whether or not I was a member of any party and then transferred me to someone else who was actually going to take down my complaint/suggestion.

I must say this Q&A routine was unlike any other experience with call centres.

The man on the other side seemed to know what he was talking about and this was certainly Kishor training.

The next person asked me whether I had approached any local authority with the problem.

I said I had approached the police.

She took down details of where the temple was, exactly how far from my home, the timing of their noise polluting kirtan etc.

Within minutes of ending the conversation, I got a unique ID sent by sms to my phone.

However, 10 days went by and I heard nothing from didi and the kirtan remained unfettered.

So I called back and was politely told by a recorded message that my number and complaint had been listed and I would be notified of progress.

Excellent use of technology, I thought, to block progress questions.

But what then was the unique ID for?

Ever hopeful I went on to the didikebolo.com to see whether I could put in my unique ID someplace to track progress.

So this time I called from another number.

I was asked my name.

But I quickly interrupted the person at the other end to say that I had already registered a complaint, but now I wanted to know what was happening.

He verified that I had indeed registered a complaint and asked me politely to wait some more for redress.

I asked whether there was any target timeframe for that.

He said he wasn't aware of any.

So what is the unique ID for, I asked.

"Just a placebo," I imagined he uttered under his breath.

Keya Sarkar, who is based in Santiniketan, is a Business Standard columnist. 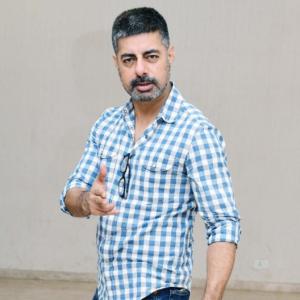