The Al Qaeda and Taliban are unclear whether it would be in their interest to work for the defeat of Obama by stepping up acts of terrorism, says B Raman.

Al Qaeda in North Waziristan, Al Qaeda in the Arab Peninsula (AQAP), the NeoTaliban of Afghanistan and the Tehrik-e-Taliban Pakistan (TTP) have been closely following the presidential election campaign in the United States. While they have kept up their rhetoric against President Barack Obama, they are not yet clear in their mind whether it would be in their interest to work for the defeat of Obama by stepping up acts of terrorism in the Af-Pak region and in the Iraq-Syria-Libya region.

There is a high level of anger against Obama in all these organisations. This is due to his intensification of the drone strikes against Al Qaeda and the Taliban in the Waziristan area after coming into office, the killing of Osama bin Laden in a special operation at Abbottabad on May 1-2, 2011, the killing of Abu Yahya al-Libi, the religious mentor of Al Qaeda, who was a Libyan religious cleric, in a drone strike in Waziristan on June 4 last, the death of Anwar al-Awlaki, the Amir of AQAP, who was a US citizen of Yemeni origin, in a drone strike in Yemen in September last year, and the US refusal to take action against the producer of the anti-Islam film that has triggered a wave of demonstrations, some of them violent, by Muslims in different countries.

The strong dislike of Al Qaeda for Obama was evident from two recent messages of Al Qaeda. A video message of Ayman al-Zawahiri, the Amir of Al Qaeda, released on September 10, 2012, described Obama as a liar who was elected to "trick" Muslims around the world, but who nevertheless is "being defeated in Afghanistan".

A statement circulated by the AQAP after the attack on the US consulate in Benghazi in Libya on September 11, 2012, that led to the death of the US Ambassador to Libya and three other US nationals said: "The killing of Sheikh Abu Yahya only increased the enthusiasm and determination of the sons of (Libyan independence hero) Omar al-Mukhtar to take revenge upon those who attack our prophet. The uprising of our people in Libya, Egypt and Yemen against America and its embassies is a sign to notify the United States that its war is not directed against groups and organisations... but against the Islamic nation that has rebelled against injustice." It called for more violent demonstrations against US embassies in the Middle East and Africa, and urged Muslims in the West to attack American interests in their countries of residence. "May the expulsion of embassies and consulates lead to the liberation of Arab lands from the American hegemony and the arrogance," the statement said. The AQAP is led by Nasser al-Wahishi.

There has been an increase in anti-Obama and anti-US rhetoric from the Neo-Taliban of Afghanistan and the TTP too. They have called for protests against the US film and have stepped up anti-US demonstrations and acts of violence in both Afghanistan and Pakistan. At the same time, they are confused whether it would be in their interest for Obama to be defeated in his bid for re-election. Though they may intensely dislike him, they are not sure of what would be the policy of Mitt Romney in matters like intensified drone strikes, thinning out of the US military presence in Afghanistan and not opposing a role for the moderate elements of the Neo-Taliban in any future political dispensation in Kabul.

For them, Romney is an unknown and unpredictable element in their objective of securing the withdrawal of the US troops from Afghanistan. The US has already completed the withdrawal of the additional troops inducted into Afghanistan under the surge ordered by Obama after he came to office. They have reasons to hope that if Obama is re-elected he may continue the further thinning out of the US troops which could prove to be advantageous to the Talibans and Al Qaeda.

In the case of the AQAP too, which controls Al Qaeda operations in Yemen, Saudi Arabia, Libya and Syria, Obama's policy of regime change with US-sponsored external interventions has proved beneficial and helped them to strengthen their foothold in these areas. Their only worry is whether Obama, if re-elected, would step up attacks on AQAP as he had stepped up attacks against AQ in the Af-Pak region after coming to office in 2009.

While calling for an intensification of anti-US activities, these organisations have been avoiding any disproportionate acts of reprisal against US nationals and interests that might turn US public opinion against Obama. It is likely as of now that while maintaining the anti-Obama rhetoric and the present levels of demonstrations and violence, they would avoid actions that could aggravate anti-Obama voter anger in the US. 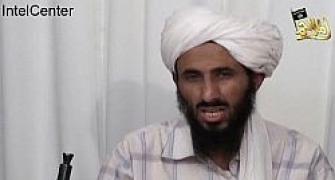 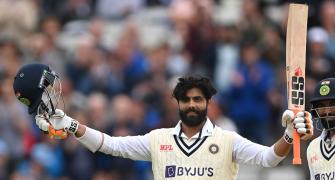 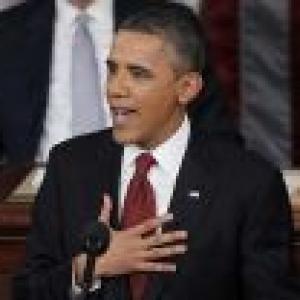