'Narendra Modi might not have made 145 in Maharashtra, but it is definitely true that the Congress, and other dynastic parties, are well and truly stumped,' says T V R Shenoy. 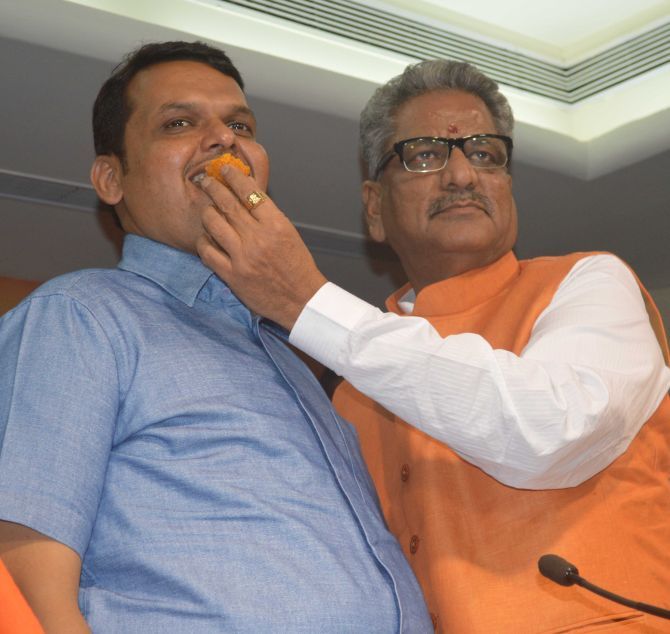 One of my favourite tourist spots in London is the MCC Museum at Lord's cricket ground. On my first visit, all the way back in 1975, I stood transfixed before a newspaper page bearing the banner headline 'Bradman Fails!'

Under it ran the subhead 'LBW for 73'. I can't vouch for the exact number -- it could have been 83 rather than 73 -- but I can't help thinking that the Congress spokespersons of 2014 have been taking lessons from that anonymous British sub-editor of 1938 or 1948!

The brutal fact is that the Congress -- which had a chief minister in both states -- lost the Vidhan Sabha polls in Maharashtra and in Haryana. The Congress would love to distract us by pointing out that the BJP has failed to win an absolute majority in Maharashtra.

Never mind the fact that the BJP's tally in the Vidhan Sabha elected in 2009 was just 46, and that it had now risen to about 121 (including allies).

Never mind that the Congress's strength has collapsed from 82 to about 42. The Congress only wants us to remember that the BJP's tally of 121 is well short of 145.

But I want to give the Congress a break at this low point in its fortunes. Yes, the party has lost, and yes, its leadership is absconding. But I suspect that the results of the Maharashtra and the Haryana polls are sending an uneasy shudder through several other parties, not just the Congress.

Very briefly, I believe there are three kinds of parties in India. There are ideological parties, exemplified by the BJP and the CPI-M at opposite ideological poles.

And there are the dynastic parties, which is just about everybody else.

I believe that the Indian voter is sick and tired of dynastic parties, and that this disgust is being felt in every state of the Union and across the spectrum.

The BJP faced three dynastic parties in Maharashtra, namely the Shiv Sena, the Nationalist Congress Party, and the Congress.

Bear in mind that the Congress is not just about the Nehru-Gandhi dynasty; at the state level it is a collection of provincial dynasties too. Prithviraj Chavan, the last Congress chief minister of Maharashtra, is the son of a father and a mother, both of whom were Lok Sabha MPs, with Dajisaheb Chavan being a minister under Jawaharlal Nehru, Lal Bahadur Shastri, and Indira Gandhi.

The outgoing chief minister of Haryana, Bhupinder Singh Hooda, is the son of a member of the Constituent Assembly; his son Deepender Singh Hooda is currently the MP for Rohtak.

One-man parties rest on the foundation of solid achievement by a talented individual, somebody who has worked to earn the trust of the voter. The problem with all dynastic parties is that they enjoyed the services of a similarly gifted individual at some point in their dim and distant part, but that his genetic descendants have replaced the capacity for hard work with a sense of entitlement.

And this Shahzada Syndrome simply annoys the voters of today.

The problem is that a dynastic party lacks the mechanism to remove a leader who has been repeatedly proven to be ineffective. When you join the Congress you tacitly accept that ultimate power in the party will always be vested in the Nehru-Gandhis. So, how do you tell the president of the party that the vice-president of the Congress, who just happens to be her son, is a failure?

It speaks to the training -- or spinelessness -- of the average Congressman that the only 'protest' they could raise as the results from Maharashtra and Haryana poured in was to stand outside the party headquarters and yell 'Priyanka lao, desh bachao!.' Because, you see, in a dynastic party the only alternative leader is another member of the dynasty, no matter how untested.

Make no mistake, the later generations are failing in one dynastic party after the other. Akhilesh Yadav's ministry has been a total disaster for Uttar Pradesh. The jockeying for position between Stalin, Alagiri, and even Kanimozhi has brought Karunanidhi's DMK to its knees, and the party could not take advantage even when Jayalaithaa was jailed.

And we all saw just how hapless a figure Omar Abdullah cut when untimely floods hit Jammu and Kashmir. (The contrast between Nara Chandrababu Naidu's hands-on attitude in cyclone-torn Andhra Pradesh and the Abdullah scion lolling on his lawns was painful.)

Of course, there are dynastic parties on the BJP's side of the fence too. And these polls have been a salutary lesson for two of those, namely the Shiv Sena and the Akali Dal. The Shiv Sena refused to compromise on seat sharing, and it must now play the junior partner in the reformed alliance.

But this has also been a rebuke to the Akali Dal, dominated by the Badal dynasty, which bucked its alliance with the BJP to support its family friends and business partners in Om Parkash Chautala's Lok Dal.

The Akali Dal's support probably played a part in getting the Jat vote to coalesce around the Lok Dal. But Newton's Third Law of Motion -- 'Every action has an equal and opposite reaction' -- applies to politics as well; the non-Jat voter seems to have been pushed to back Narendra Modi's party.

The Akali Dal should be worried. It has annoyed the BJP, its efforts in Haryana on behalf of the Chautala family did not pay off, and its own ministry in Punjab is plagued by allegations of corruption. But who in the Akali Dal is going to tell the Badals that they gambled for nothing?

Monday's headlines will talk about the fall of the Congress in two former strongholds. But that may be only the most visible symptom of a greater syndrome, namely the long-term decline of dynastic parties in general.

Narendra Modi might not have made 145 in Maharashtra, but it is definitely true that the Congress, and other dynastic parties, are well and truly stumped. 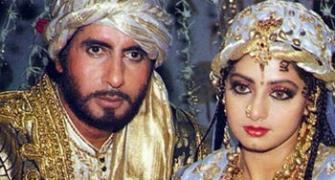 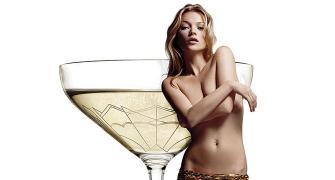 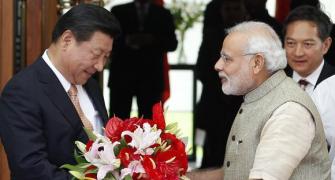 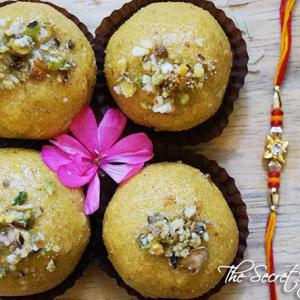 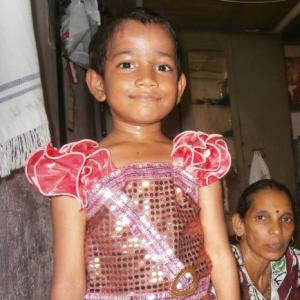 'God brought my granddaughter back'