News
Business
Movies
Sports
Cricket
Get Ahead
Money Tips
Shopping
Sign in  |  Create a Rediffmail account
Rediff.com  » News » Can Rahul give the Congress a winning idea for Election 2014?

Can Rahul give the Congress a winning idea for Election 2014? 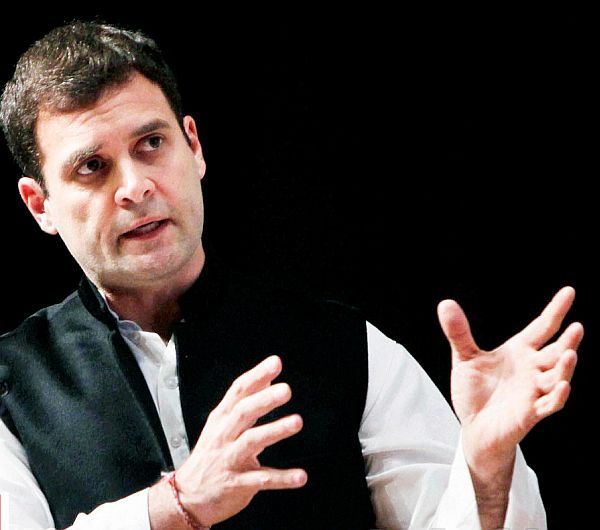 No -- with due apologies to Charles Dickens -- this is not A Tale of Two Cities, but 'A Tale of Two Parties'.

India's oldest party, the Congress, is an organisation in search of an idea.

India's youngest party, the Aam Aadmi Party, is an idea in search of an organisation.

Its decimation in four Vidhan Sabha polls has led commentators to write off the Congress before a vote is cast in the general election.

Through the same strange alchemy the chances of the Aam Aadmi Party are being boosted to the skies even though the party didn't actually emerge as the single largest party -- votes or seats -- even in politically-charged Delhi.

The bottom-line remains that the Congress is still the only party with a truly pan-Indian presence. The Bharatiya Janata Party is largely absent from huge chunks of eastern and southern India.

Contrariwise, the Aam Aadmi Party's ability to win seats outside the political epicentre of Delhi is an unanswered question.

Even the undivided Team Anna -- now decidedly divided -- failed to enthuse Mumbaikars in 2011, the year of its glorious struggles in Delhi.

But what is the use of an organisation if it cannot enthuse voters? That needs an idea to motivate the electorate.

In 1971 Indira Gandhi won on the back of 'Garibi Hatao!' (poverty alleviation).

In 1980 the Nehru-Gandhis rode back by pointing to the price of onions (inflation).

The biggest cheers at Rahul Gandhi's speech to the All India Congress Committee on January 17 came when he yelled, 'Pradhan Mantriji, hamein baarah cylinder chahiye! (Mr Prime Minister, we want 12 cylinders!)' It doesn't quite have the ring of 'Garibi Hatao!', does it?

Look at the Adarsh Housing Scandal. A report by the Comptroller & Auditor General said it was a prime example of how 'select officials, placed in key posts, could subvert rules and regulations in order to grab prime government land.'

Parliament's Public Accounts Committee denounced the 'cavalier manner in which the serious issue of security was overlooked.'

A two-member commission set up by the government of Maharashtra itself mentioned 'greed, nepotism and favouritism.'

And the Central Bureau of Investigation named a former chief minister, Ashok Chavan, after looking into the scam.

How did the Congress deal with this disapproving chorus?

The Congress-Nationalist Congress Party coalition in Maharashtra rejected the report from the commission headed by Justice (retired) J A Patil even though it was the same ministry that had set it up in the first place.

And the governor of Maharashtra, K Sankaranarayanan, refused to give the CBI the permission to prosecute Ashok Chavan.

Yes, Rahul Gandhi made one of his now-famous interventions when his party's government in Mumbai rejected the two-man commission's report. But it was fruitless; the Prithviraj Chavan ministry decided to go after the bureaucrats named in the report while leaving the politicians well and truly alone.

Does this sound like the Congress is serious about fighting corruption, leave alone make the crusade against venality the central theme of its 2014 election campaign?

The Aam Aadmi Party's problem is the mirror image of that facing the Congress. It has the big idea, which is to combat corruption, but it lacks the organisation to work on the ground.

There is a difference between an idea and an ideology. But do remember that the pre-1947 Congress consisted of people with differing ideologies who were yoked together by a single goal, namely a free India.

The difference, of course, is that the Congress never needed to fight elections until decades after it was created. The Aam Aadmi Party does not possess the luxury of time.

The Aam Aadmi Party believes that it cannot attract the dedicated pro-BJP voter. Thus, logically, it has positioned itself as a substitute for the Congress.

There are people who simply cannot bring themselves to vote for the BJP, but are equally dismayed by the Congress, or the Left Front, or the Samajwadi Party. It suits them to believe that the Aam Aadmi Party is a throwback to the Congress of Nehruvian days -- relatively clean, relatively accessible, and making much the same noises on issues ranging from a plebiscite in Jammu & Kashmir (first mooted in Nehru's day) to a discomfort with the private sector.

That is nowhere near enough to win a seat, but it could be just enough to deny the Congress a victory in close-fought constituencies.

I started with a homage to Dickens, but shall end with a reference to another English writer. Mary Shelley wrote of Frankenstein who had created a monster from bits and pieces of other humans. The creature ended up destroying his creator before disappearing for good.

Could what began as a 'Tale of Two Parties' end up as the parable of 'Congresstein's Monster'? 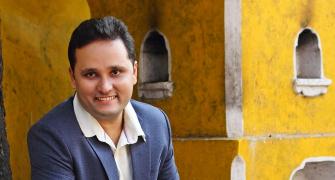