Time to go beyond victimhood to action

A year of scam-upon-scam has left us, supposedly ordinary citizens, with two options.

We can spew lament, blame and condemnation in ways that depletes our energy but brings no results. Or we could reject the feeling of victimhood and turn the rage and humiliation itself into a source of energy.

Since the year closed with a final, bitter twist -- the conviction of Dr Binayak Sen -- this proposition might seem absurd. Indeed, there is ample reason for blinding rage.

While the conviction and imprisonment of powerful elected representatives who have allegedly stolen large volumes of public wealth remains a distant dream -- a man who has a spent a lifetime in service of the underprivileged has been given a sentence of life imprisonment.

And yet these sharp contrasts can also push us to re-boot our determination to hold the powerful accountable. As inspiration we could look more closely at that old familiar story of how M K Gandhi was thrown out of a train, at Pietermartizburg station, in South Africa.

It did not matter that he had bought a first class ticket, 'coloured' people were not allowed to travel in the 'whites-only' compartment.

What is not so well known is that exactly a 100 years later, Nelson Mandela's government conferred 'Freedom of the city of Pietermartizburg' on Mahatma Gandhi. Gopal Gandhi, one of Gandhi's grandsons, was invited to attend the ceremony held at that very same railway station.

Gopal Gandhi's words at that occasion in 1993, require close attention: "Here in Pietermartizburg today, here at this railway station the question may well be asked: Who was the man that was flung out, who was it that fell?"

"Again, who was it that rose from his humiliation -- somewhere here -- on two very different feet? The question may be answered thus:

"When Gandhi was evicted from the train,

But when Gandhi rose an India and South Africa rose.

Gandhi fell with a ticket no one honoured,

He rose with a testament no one could ignore;

He fell a passenger, but rose a patriot;

Fell a barrister, but rose a revolutionary;

His legal brief became a political cause;

His sense of human decency transformed itself

Into a passion for human justice.

The 'personal' died with him that moment and turned public'

In fact, Your worship Mohandas Gandhi was not flung here, he was launched."

How does this help, you might ask? It takes a Mahatma to turn such humiliation into an endeavour to cultivate inner strength and thus fight injustice.

And yet, if you look around, you will find many people doing the same in their own small or big way. That's why the verdict in the Binayak Sen case was immediately followed by peaceful demonstrations in several towns and cities.

Yes, it seems as though these demonstrations are in support of Binayak Sen as an individual and much admired champion of human rights. But much more is at stake than a single individual.

Dr Sen has been sentenced to a life term under what is known as the sedition clause in the Indian Penal Code Section 124 A. This puts him in lofty company.

It was under the same clause that the British sent Bal Gangadhar Tilak and Mahatma Gandhi to prison.

Here is what Section 124 A of the Indian Penal Code (IPC) says: 'Whoever by words, either spoken or written, or by signs, or by visible representation, or otherwise, brings or attempts to bring into hatred or contempt, or excites or attempts to excite disaffection towards, the government established by law in [India], shall be punished with [imprisonment for life], to which fine may be added...'

During his trial in 1922 Mahatma Gandhi said: "Section 124 A under which I am happily charged is perhaps the prince among the political sections of the IPC designed to suppress the liberty of the citizen."

Affection, Gandhi argued, cannot be manufactured or regulated by the law. As long as a person does not promote or incite violence he or she should be free to give full expression to their discontent and absence of 'affection'.

The mere promotion of disaffection, Gandhi concluded, cannot be a crime.

What is essentially at stake in the Binayak Sen case is the freedom to express disaffection without being charged with sedition.

This is where those two choices become acutely relevant. Mere lamentation and condemnation of the government-cum-judicial apparatus is futile.

That is why some civil liberties groups, and individual citizens, are going beyond appeals for Binayak Sen to be given bail while his appeal is processed by a higher court. There is growing pressure for repealing Section 124-A.

Of course, merely repealing this particular section will not do. Above all, the Binayak Sen case illustrates the urgent need for a mass-based nation-wide civil liberties movement.

Choosing the course of positive action, rather than mere resentment, is relatively easy. Identifying tangible and meaningful actions on a sustained basis is much harder.

To some extent this is a challenge before civil liberties organisations -- can they find ways of engaging those who want to stand up for justice but don't know how they can contribute.

Then again, the real challenge is for each one of us to 'rise', in however small a way, as Gandhiji rose from that platform at Pietermartizburg. 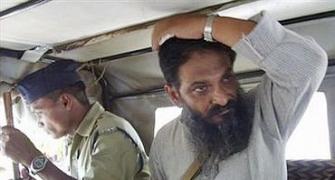 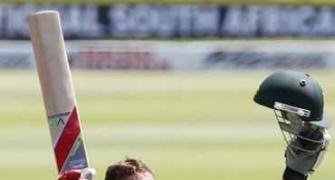 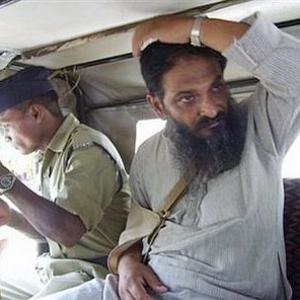 Why Dr Binayak Sen was convicted?