The New Songs of Patriotism

'Patriotism isn't (or shouldn't) be an unquestioning love for one's nation.'
'It is love for a nation in throes of change, love with a heart full of questions,' says Geetanjali Krishna.
Illustration: Dominic Xavier/Rediff.com 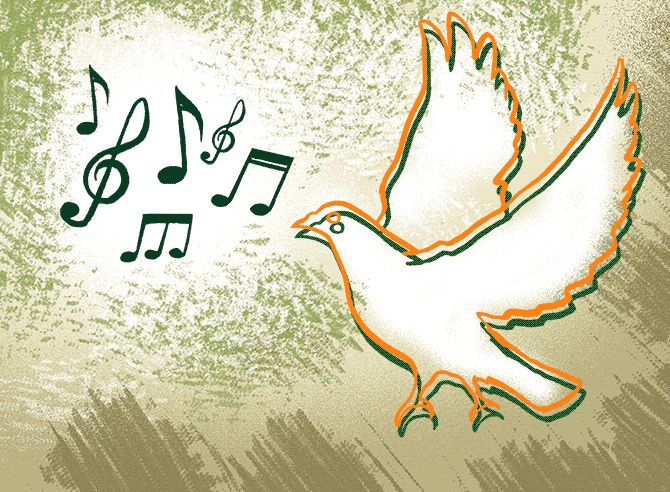 In the run up to Republic Day, I find I've been humming the desh bhakti songs we learnt in school, all week. They seem slightly faded now, jingoistic even. Still the same old songs play at the Wagah border and in school assemblies with hardly any new additions.

Then I remember the compositions of the Ahmedabad-based singing duo, Charul Bharwada and Vinay Mahajan, and realise that perhaps songs celebrating love for one's country and people are robustly alive today -- but perhaps the idiom of patriotism has changed a little.

"Our music is born, first and foremost, out of love," says Vinay Mahajan. "We highlight social issues through them, hoping that they would encourage our audience to reflect upon them and effect social change."

Immensely popular across the country with educational institutions, NGOs and civil society organisations, the duo performs an average of one concert a week, and some of their songs have become classics.

Consider the lyrics of Jaanne Ka Haq, their composition that has become an anthem of sorts for the Right to Information movement in India today:

Bharwada and Mahajan, under the banner of Loknaad, voice of the people, often spend months studying a social problem before composing a song about it.

For example, their song Zero BHK Bungalow emerged from a six-month study of the Agariya, traditional salt panniers of Little Rann of Kutch.

Faced with eviction notices as the forest department alleged that their salt panning was disturbing the endangered wild ass habitat, they were faced with the loss of home as well as livelihood.

"We studied their way of life and found it had little impact on the ecology of Little Rann," says Mahajan. They composed a song about the plight of this community, and spoke about their research findings every time they sang it.

Consequently, thanks to their awareness generation and the efforts of NGOs working on behalf of the Agariya, their eviction has now been stalled.

"For me, the concept of azaadi, stands for the ideal that all human beings are equal, and are equally accorded the fundamental right to lead dignified lives," says Mahajan.

Their anthem Azaadi, the lead song of their eponymous album, has the following verse that expresses this:

Loknaad does not like to classify their music as protest music. It is more in tune with a non-violent satyagraha than a revolutionary call to action.

"Our songs are meant to make audiences think of peaceful and constructive solutions to the problems around them..." says Mahajan. "They are composed to appeal to the emotions."

Their ode to the Preamble We The People, is a good example. At an event, a thousand people sang it with candles in their hands, and there wasn't a dry eye around. "It is extraordinarily moving for us to get the audience to sing along with us," says Mahajan.

As I listen to Loknaad's music, I realise that patriotism isn't (or shouldn't) be an unquestioning love for one's nation. It is love for a nation in throes of change, love with a heart full of questions.

The more I think of it, that is the only kind of patriotism worth practicing anyway. 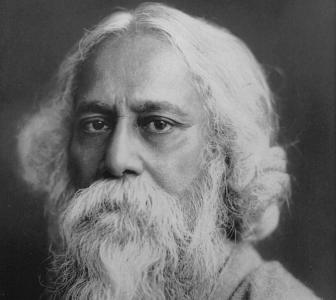 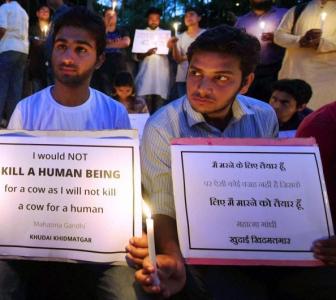 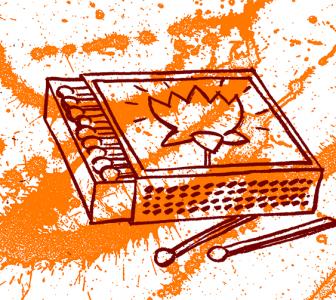 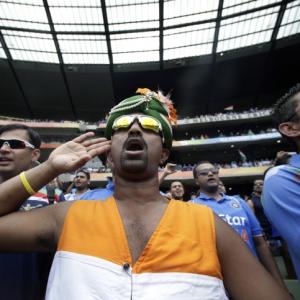 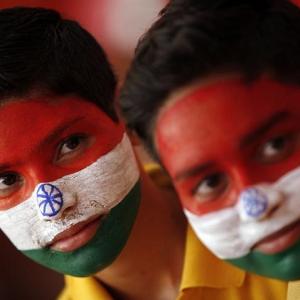