Governance is not a T20 match

The prime minister should trifurcate the IAS, recommends T C A Srinivasa-Raghavan. 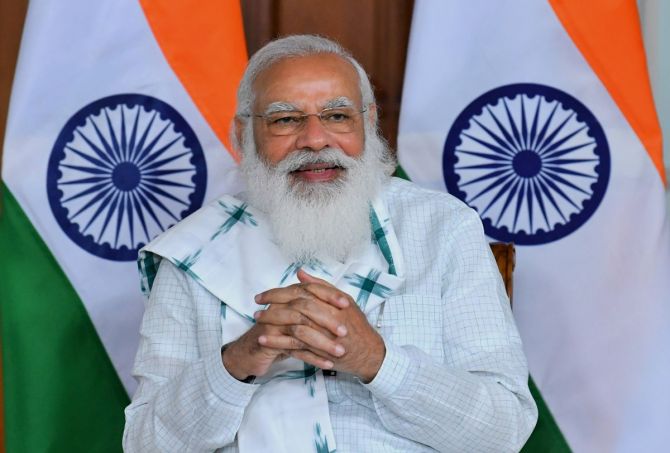 The prime minister has come down harshly on bureaucrats. His frustration is understandable.

After all, both the Government of India and the state governments have been (and are) run by these amateurs for the last 70 years. It is as if cabin crew are flying the plane.

Over the last 41 years I have written many times about this issue, for a very simple reason.

At one time eight of my uncles and cousins, not to mention my father, were in the IAS -- as also about a dozen friends from college.

And there were many in the other services as well. I have thus had a ringside view.

They are (or were) all nice, well-intentioned people.

But as the country's needs have become more and more sophisticated, they have become increasingly out of their depth, are now mostly just flailing in the water.

That's when they are not getting in the way.

And this is where the problem has always lain. The service, everyone knows, is crucial for India but not in its current avatar. It has lost its purpose.

That's why the bureaucracy generally, and the IAS particularly, need deep reform.

The harfanmaula (or all-rounder) phase is decisively over. Governance is not a T20 match.

I therefore have a suggestion for the prime minister. He should trifurcate the IAS.

The IAS will thus have three verticals. This would, I think, meet the needs of the future.

One vertical, the largest one, should run the districts because this is the most crucial function which only it -- and the IPS -- can perform.

Indeed, that's what these two services were designed for originally. Our laws empower them totally for this.

The second, smaller vertical of the IAS should be a specialist one.

Officers should pick an area in the 10th year of service and stay with it.

This will be the Sectoral Vertical.

The need for this is paramount because the current generalist approach simply will not do.

The 'learn on the job' thing is no longer useful. There is simply far too much to learn.

The third vertical, the smallest, should be called the Policy Vertical.

It will consist of officers who are picked from the parent service after they have completed 10 years in service in their cadres.

Those wanting to join V2 and V3 will, after 10 years of service, sit for an examination that indicates their aptitudes because not all are capable of or willing to carry out executive duties efficiently and effectively.

Officers who pass the exam will be posted either to state capitals or in a central ministry.

This will be a matter of choice. They will remain there for the next 25 years undergoing periodic re-training in their chosen domain.

After 25 years they will once again be placed in a general pool so that they can compete for higher posts on an equal footing.

The rest of the officers -- those who choose not to take the exam or those who don't make the grade -- will carry on as before in executive functions.

In both cases, domain knowledge will automatically develop and be put to good use.

Few people remember it but in 1953 Jawaharlal Nehru had started a service called the Industrial Management Pool.

It was eventually sabotaged by the ICS/IAS, which wanted all the key posts in the public sector reserved for themselves.

Even someone as powerful as V Krishnamurthy, former chairman of BHEL and SAIL, was not able to break the IAS's stranglehold fully.

However, even if this is done, we still need to decide what is to be done immediately, and for the next 15 years while the new bits get going properly.

The answer is simple: Just stop the rotation principle currently in force and also enforce specialisation at the state level.

This last is critical. At present, the better officers desert their cadres, leaving the states seriously short of competence and energetic officers.

In short, recruit, gauge aptitude, segregate, train and keep them there.

Don't let the fellows flit about, leaving a trail of rubble in their wake.

Last but not least, as I have been saying now for 25 years, amend Article 311, which gives all government employees blanket protection from removal.

Currently they can be dismissed only for three reasons: Madness, depravity, and alcoholism.

And what about competence, I ask. Their answer: Are you drunk, mad, or depraved? 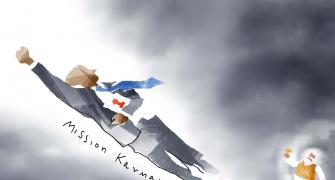 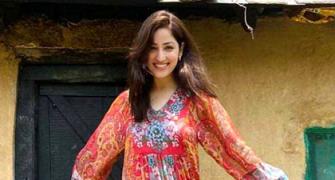 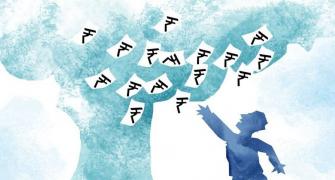