Unless one is able to convince the serving officers of the need for changes, reforms, new thinking and new concepts and ideas, even the best of task forces would fail to meet the objectives for which it was set up, says B Raman on the new task force set up to review our national security.

Since India became independent in 1947, it has had four in-house and one inter-ministerial reviews on certain aspects of national security management.

The in-house reviews went into the deficiencies in national security management as noticed during the Sino-Indian war of 1962, the Indo-Pakistan war of 1965, the Mizo uprising of 1966 and the 26/11 terrorist strikes in Mumbai. The inter-ministerial review by the Kargil Review Committee headed by the late K Sbramanyam in 1999 went into the operational deficiencies noticed during the Kargil military conflict in 1999.

Of the five reviews held since 1947, three were totally Pakistan-centric, one of 1962 was China-centric and one was terrorism-related. All the previous reviews were the result of perceptions of failures in national security management which led to specific situations having a detrimental impact on national security.

All the major recommendations which came out of these previous reviews were implemented except one relating to the creation of the Chief of the Defence Staff system, which was not implemented reportedly due to differences amongst the three wings of the armed forces over the need for it.

Since independence, there has never been a comprehensive, proactive strategic review of our national security management system, which will be futuristic and all-encompassing and not a panic reaction to past failures.

Such a futuristic review has to project over different time-frames the threats to national security that could be expected in the future in the short, medium and long-terms, examine whether we have the required capabilities to be able to meet those threats, identify existing deficiencies in capabilities, recommend action to remove them and suggest a time-frame for removing them.

Any futuristic exercise has to go beyond classical or conventional perceptions of national security management and the national security architecture. Its objective should be not only to enable us anticipate and meet future threats, but also to make a benign projection of our power abroad.

The Union government needs to be complimented for setting up a National Task Force headed by Naresh Chandra to make a futuristic review of our national security management system and come out with appropriate recommendations. The task force, as constituted, has eminent persons who had occupied senior positions in the armed forces, the intelligence community and the Atomic Energy Commission, and also non-governmental experts.

Naresh Chandra's credentials for heading such a futuristic exercise are immense. He had served as the home secretary and defence secretary and ultimately retired as the cabinet secretary. He is thus familiar with the working of the armed forces and the intelligence community. He had served as the Indian ambassador to the US at a difficult time and is thus not a stranger to the world of big power diplomacy.

He had served and continues to serve in the National Security Advisory Board and was its convenor for some time. He is thus familiar with the deficiencies which have crept into the working of our national security management system since the Kargil review of 1999.

How useful is the futuristic exercise being attempted for the first time since 1947 would depend on the constitution of the task force, its terms of reference, its methods of work and concepts, and the co-operation that it is able to get from the serving national security managers of today.

Unless one is able to convince the serving officers of today of the need for changes, reforms, new thinking and new concepts and ideas, even the best of task forces would fail to meet the objectives for which it was set up.

It is to be hoped that the government would have carefully worked out the terms of reference of the task force. Its organisation, methods and concepts have to be decided by the task force itself. The government would have and should have no role in the matter. The task force should devote the first month of its existence to a brain-storming with different sections of our national security management world in order to get its ideas and concepts right before plunging into the nuts and bolts of the exercise.

We tend to have an over-fascination for nuts and bolts and an allergy for concepts. The reports of such reviews ultimately turn out to be a plethora of nuts and bolts recommendations without a proper conceptual framework which could sustain our national security management system in the coming 10 years, if not longer. We should avoid this in carrying forward this important exercise. 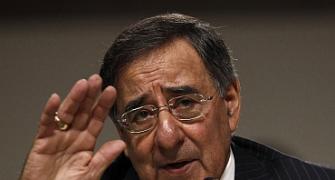 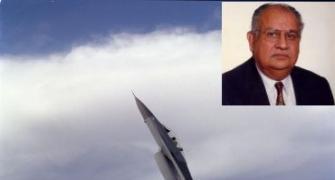 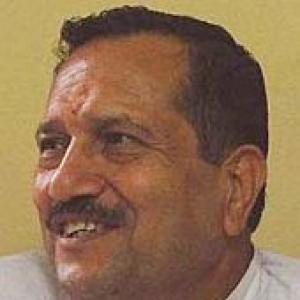