Stalin buries hatchet with TN Congress, but for how long?

The truce, even if it is not permanence peace, will come under stress and test during the pending polls to rural local bodies in nine revenue districts and urban polls across the state, including those for 16 municipal corporations, starting with Chennai, the oldest and largest, says N Sathiya Moorthy. 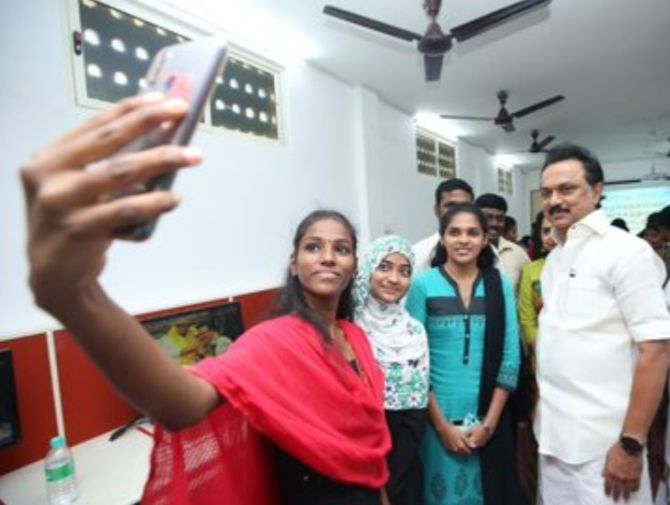 With Dravida Munnetra Kazhagam president M K Stalin urging the cadres of his party and also those of the Congress, his electoral ally in Tamil Nadu, not to air their differences in public, the emerging strains within the coalition ahead of the state assembly polls, due by May next year, have been allowed to die down.

The truce, even if it is not permanence peace, will come under stress and test during the pending polls to rural local bodies in nine revenue districts and urban polls across the state, including those for 16 municipal corporations, starting with Chennai, the oldest and largest.

In a way, the DMK blew it out of proportion by staying away from the anti-CAA conclave of Opposition parties, called by Congress president Sonia Gandhi last week.

While similar boycott by other regional parties made it a near-non-starter, the Congress high command was prepared for it. However, the party was not prepared for time-tested ally in the DMK doing so, that too when its parliamentary group leader and former Union Minister T R Baalu was very much in capital Delhi -- waiting for instructions from Stalin, whether or not to attend the conclave.

The DMK’s boycott, after persuasive calls from senior Congress leaders from Delhi failed to make an impact on Stalin, did help the party send across a strong message. Needing to repair the damage in DMK relations, both from the assembly poll perspective and even more from a national political angle, the high command reportedly directed state Congress chief K S Alagiri to meet Stalin and sort out the differences. It now looks as if the strains have disappeared as fast as they had appeared in the first place.

The ‘intervening strains’, if it could be qualified so, appeared when alliance nominees for indirect polls to local body chairmen in south-central Sivaganga and adjoining Pudukottai districts lost to ruling AIADMK nominees, when they had a clear majority of elected members.

Even as the DMK leadership was left licking the insult and was also finding out as to what had gone wrong, TNCC’s Alagiri along with Congress legislature party leader K R Ramasamy issued a joint statement charging the DMK leadership with flouting ‘coalition dharma’.

It was too much for the Stalin leadership to stomach when it was settling down as the head of the UPA coalition in the state, thanks especially after the near-sweep of the Lok Sabha polls last year, despite near-rout elsewhere across the country.

The DMK was peeved when grassroots-level reports indicated that the directions for the ‘coalition dharma’ statement had emanated from a veteran Congress leader in the state, who had also reportedly developed chief ministerial aspirations ahead of next year’s assembly polls. The said leader was believed to have charted out a plan for the party to contest the assembly polls in the company of superstar Rajinikanth, and hoped to win a majority.

This was reportedly so, despite the fact that such experiments of the kind in the post-MGR assembly polls of 1989 did not help the party, which ended up aligning with the re-unified AIADMK under Jayalalithaa for elections 1991.

It is another matter that Rajinikanth is yet to act on his public commitment to enter elections 2021 directly, and the speculation is that he would either go on his own or identify/align with the ruling BJP at the Centre.

In the immediate context, the Stalin leadership discovered that the grass-roots level cooperation among the alliance partners in the two districts was satisfactory. The party is said to have briefed the Congress high command’s interlocutors, who had sought to persuade them to attend the Delhi conclave, but not to the expected ‘relief’ of an open apology as promised.

What came out as an expression of regret kind of a statement from TNCC’s Alagiri would not have convinced the DMK cadres across the state, hence the Stalin leadership was in no position to accept it -- especially when the final version had reportedly deviated from the original.

In between, the Stalin leadership was also serious about conveying to the Congress high command, that the DMK would not countenance such behaviour on the part of the state Congress leadership, with or without prodding from party veterans, especially when they needed to work on seat-sharing for the assembly polls.

With the DMK combine doing better than expected, the party felt that there would be increased pressure from now on, for more and favourable seats for allies, especially for the more visible city corporation mayoralties and municipal chairmen posts, when elections are held in the coming months.

As Stalin had found from close quarters when late father M Karrunanidhi was at the helm, the Congress had delayed seat-share talks in Tamil Nadu almost till the last minute, and pressured the DMK to ‘yield more than was its due’, in the assembly polls of 2011 and 2016. Post-2016 polls, in which the alliance won 98 of 234 seats, with the Congress bagging only eight of 40, Karunanidhi went public that they would have formed the government if only they had not given away as many as 40 seats to the Congress ally.

After the rural local bodies polls in 28 of the 37 districts, as directed by the Supreme Court, the DMK is also confident that they could bag the ‘minority votes’ in the state without Congress help, and that the latter now needed them more than any time in the recent past -- than the other way round.

The state Congress thinks otherwise, and some party leaders have reportedly calculated that their recent, three per cent vote-share that may have gone up to five in the LS polls last year, might have doubled, thanks to Article 370 abrogation, CAA and the poor state of the economy, for all of which it blames the BJP-NDA government at the Centre.

Ahead of Alagiri meeting Stalin, Puducherry’s Congress Chief Minister V Narayanaswamy called on the latter, indicating that the high command might have asked him to play ‘peace-maker’. His media statement that differences of the kind could be sorted out easily indicated as much.

The DMK would now keep a closer watch on Alagiri and Ramasamy, both inside and outside the state assembly, to see any discordant note. The Stalin leadership may then press the panic button in ways the Congress high command takes notice, and repair the damage and for good.

If it meant that there needs to be a change of leadership in the state Congress leadership, in time for the assembly polls, the DMK may not want to be seen as interfering in the internal affairs of an ally, but would only welcome the same. The TNCC leadership is not unaware of it.

Between them, Alagiri is seen as the choice of former Union minister P Chidambaram, who had gained certain sympathy and voice across the country after what is perceived as unjustified extension of remand in Delhi’s Tihar jail, in cases filed by the CBI and the Enforcement Directorate. CLP leader Ramasamy used to represent the Thirumaiyam assembly seat and is now MLA from Kattumannarkovil, both falling within the Sivaganga Lok Sabha constituency of the Chidamabarams, now represented by son Karthi.

If the DMK alliance made Karthi’s victory possible last year, along with that of eight of the other nine Congress candidates in the 2019 LS polls, the Stalin leadership had convinced the cadres that their interests would be protected whenever the long-delayed local bodies polls were held.

As the Congress high command was reportedly informed, in some districts where rural local body polls were held last month, the local Congress poll panels had reportedly surrendered the seats offered to them as part of seat-sharing at the district level.

Sections of the state Congress say that they were offered seats that the alliance, leave alone the party, could not have won anyway.

They also stick to the belief that the DMK would require the party votes, put now at around 10 per cent more, than the other way around.

Even as the strains were seemingly dying down, AICC spokesperson Abhishek Manu Singhvi has since added a new angle to the tale. Sources say that Singhvi was ‘technically correct’ in claiming that the high command did not direct TNCC’s Alagiri to meet Stalin (on this or any other issue).

As they point out, the Sonia-Stalin leaderships wanted the issue to be treated at the local level, as an indication that the DMK is favourably disposed toward the Congress high command.

Of course, there was the unsaid DMK message that for it all to remain that way, the AICC should direct the TNCC to work with and where needed under the DMK, as discordant notes of the recent kind could only strengthen the BJP-AIADMK rival in the state.

N Sathiya Moorthy, veteran journalist and political analyst, is Distinguished Fellow and Head-Chennai Initiative, Observer Research Foundation. He can be contacted at sathiyam54@gmail.com. 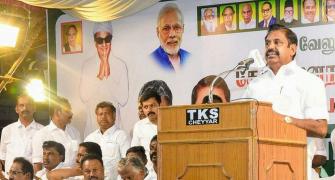 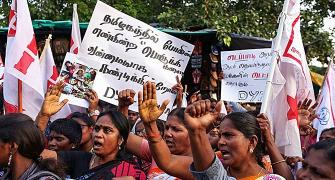 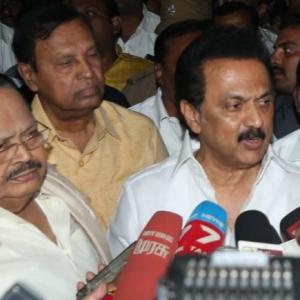 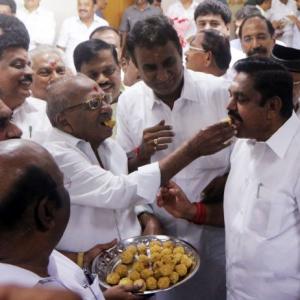