If he is getting less cooperation from the ruling All India Anna DMK under Chief Minister Jayalalithaa, nearer home, his octogenarian father, steeped still the past, too would not want to have any of it -- or, so it seems.

After Jayalalithaa returned to power in May 2016, at the end of a very controversial election and even-more controversial counting process, which was stalled for no reason in a substantial number of constituencies towards evening, only to be revived without question hours later, Stalin made the first visible departure from mutually antagonist Dravidian political traditions at the top, by attending the chief minister’s swearing-in ceremony.

Stalin’s presence got into another avoidable controversy over ‘ego clashes’, when it was pointed out that as the Leader of the Opposition with substantial numbers in the newly-elected assembly, Stalin and his senior colleagues, all of them senior ex-ministers in the state, were allotted seats in the back rows.

Given the public mood, especially among the younger-generation voters that the ‘competitive and destructive’ politics of the two Dravidian majors had done enough damage to the state and its fair name and image, CM Jaya too rose to the occasion.

She issued a statement that she was unaware of Stalin and Co’s decision to participate in the swearing-in ceremony, and would have given appropriate directions for them to be properly seated in the front rows had her staff kept her informed.

The fact that CM Jaya readily conceded that such regular and formal decisions on the seating arrangements for the prospective Leader of the Opposition, who anyway was a former deputy chief minister of the state, had to be taken at her level -- and were not even brought to her notice -- tell a story of its own in terms of probity, civility and protocol in such matters, that too only in ‘Dravidian’ Tamil Nadu.

Though Stalin did not make a mountain of the controversy, Karunanidhi would have none of it. It was not as his chosen heir-apparent had been insulted, no. In sheer desperation after having been denied chief minister’s position for a sixth time, he criticised the AIADMK leadership for being autocratic and more...

Anyway, Stalin’s initiative, as he had taken the lead earlier too when Jaya won the elections and was sworn in CM, did not stop there. But the AIADMK response stopped just there.

Despite a welcome opening of the new assembly’s maiden session, where Stalin praised the new speaker, chosen/re-nominated by the ruling party naturally, and offering full cooperation to the chair and also the government, the response seemed poor.

There have since been instances after instances when the DMK ended up having to stage continual walk-outs, at times from the whole day’s proceedings, after the chair allegedly denied them adequate chance to put across their arguments, or respond to political charges being levelled against erstwhile party governments and/or its leadership.

There has already been an instance of speaker P Dhanapal suspending all 79 DMK legislators from the assembly. It’s now being agitated before the Madras high court, where the assembly aecretariat has cited precedents vide then AIADMK Opposition members when the DMK was in power.

More recently, Stalin moved with the welcome political trend of rival party leaders visiting bed-ridden CM Jaya at Apollo Hospitals, Chennai. It’s by now well-known that visitors are barred from seeing/meeting the CM, and had to make do with a briefing from the doctors and/or second-line ministerial colleagues of Jaya.

Congress vice president Rahul Gandhi took the plunge, so did Stalin, like other regional and national leaders before and after them. He had earlier issued a statement, wishing the CM a speedy recovery.

The AIADMK supremo had done so when Karunanidhi as CM had been hospitalised for his by-now-famous spinal surgery in 2009.

Karunanidhi himself had issued a statement, wishing Jaya a speedy recovery, but could not resist the temptation of raising avoidable queries about her health and medical condition.

Speaking for Jaya’s AIADMK cadres of all, Karunanidhi even sought Jaya’s photograph in hospital to be published for quelling rumours. Though as a former CM and party leader, he may have been within his right to seek such clarification, it was not the kind of political response expected of a veteran in his place.

Thus when acting governor C Vidyasagar Rao re-allocated portfolios under Jaya’s care to Finance Minister O Panneerselvam and also authorised him to chair cabinet meetings, even while clarifying that she continued to be the shief minister, Karunanidhi once again raised objections.

Latching onto the Raj Bhavan release on the re-allocation of portfolios, he sought clarification to the claims that the arrangement was being done on the chief minister’s advice.

Karunanidhi wanted to know how, when and where did Jaya give such an ‘advice’, which in a way was a constitutional requirement all the same. This was after Stalin as the Leader of the Opposition had lost no time in welcoming the governor’s decision.

Needless to say, it’s a difficult situation for the state administration, and even more for the ruling AIADMK leadership, as the Constitution has not provided for such contingencies.

Stalin’s attestation of the governor’s decision was a welcome relief also from past Dravidian political behaviour under similar or near-similar situations.

More than the traditional Dravidian political rivalry that’s now on display, it’s boiling down to father-son one-upmanship within the DMK, where ‘generational gap’ in terms of restoring the long-missing political civility, is finding the desired space.

It was thus that after Stalin visited Jayalalithaa at the hospital, Karunanidhi’s other wife and party MP Kanimozhi’s mother, Rajaththi Ammal, too called on the chief minister.

After governor Vidyasagar Rao re-allocated portfolios to Panneerselvam, Stalin lost no time in welcoming the decision. Once again, Karunanidhi flew off at a tangent, and questioned the governor’s decision, on the lines indicated.

Likewise, after Stalin had called on cabinet-in-charge Panneerselvam, two-time former chief minister, to submit a memorandum on the ‘Cauvery water dispute’ with neighbouring Karnataka, it was Karunanidhi who seemingly despatched the DMK’s four Rajya Sabha members -- it has none in the Lok Sabha -- under Kanimozhi, to call on President Pranab Mukherjee with a memorandum of his/their own.

If Stalin’s initiative in calling on OPS was as political as anything else, it also implied that as the Leader of the Opposition in the state assembly, the obvious Karunanidhi decision to despatch Kanimozhi and Co to Delhi meant that it was more out of spite for the son than anything else.

Over the past couple of years already, it’s becoming already clear that Stalin, as against Karunanidhi, was/is acquiring greater acceptance, both among new-generation party cadres and non-committed voters, who had gone with the DMK, to whatever extent they desired, in elections 2016.

Cleary, it was a vote for their faith in expectations from Stalin, not his father or other family members. In context, the ruling DMK’s defeat in the 2011 assembly polls in the state owed more to the family feud than even the 2G scam and the like, as the TN voters have for long approached political corruption with near-equanimity and fatalism of the Indian kind.

The younger generation in Tamil Nadu, be it politician, bureaucrat or the commoner, they have not known political civility, as elsewhere in the country or had been known to the state before Dravidian political rivalry came to dominate the electoral scene.

In the days after Independence, when rationalist, ‘anti-Brahmin’ Dravidian political ideologue and social reformer, ‘Periyar’ E V Ramaswami Naicker was at daggers drawn with then Governor-General C Rajagopalachari, Rajaji for short, on ideological issues, he sought only the latter’s advice on taking a much younger Maniammai as his second wife after the first had left the scene.

When incumbent Congress national president and former Chief Minister K Kamaraj was defeated by a DMK student leader P Sreenivasan in the former’s native Virudunagar assembly constituency in the historic 1967 polls, DMK founder, C N Annadurai, was known to have chided party cadres who were celebrating the ‘fall of the giant’.

Months later, when Annadurai fell seriously ill, Kamaraj was known to have spent long hours in the hospital along with other senior party leaders, alongside the DMK’s Karunanidhi, MGR and the rest.

Kamaraj was also known to have talked to then Prime Minister Indira Gandhi for fast-tracking Annadurai’s America visit at the time for hospitalisation, in an era where everything about foreign travel was restrictive -- even for Union ministers and state chief ministers, independent of party loyalties.

It’s another matter that when friend-turned-political-foe MGR had died, Karunanidhi was among the first to visit his suburban Ramavaram home in Chennai, only to be turned out by the former’s self-appointed political aides of the time, almost with a vengeance.

Later, the very same coterie ensured that Jaya, who was already a senior AIADMK leader by her own right, would not be allowed anywhere near MGR’s body, whether in home or when it was kept for the teeming public to pay their last respects, ahead of a State funeral becoming of an incumbent chief minister.

Today, at a time when civility of the kind was seeking to make a comeback, Karunanidhi, owing to inter-party rivalry and intra-party equations, including family feuds that had done in the DMK for long, seems to be singing a tune that’s not to the liking not only of the general public but also of the average party cadre, who at his own level no more has issues with a rival at his level, whether blood relative or otherwise. 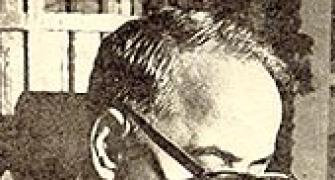 Remembering Annadurai on his birth centenary 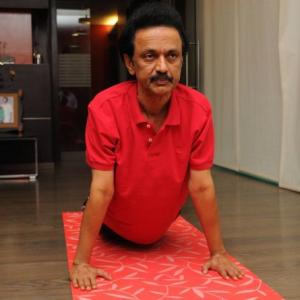